Articles by Will Morrow

22 Jul 2020 – The agreement will provide a new revenue stream for European states to give handouts to corporations, and a new mechanism for austerity across the continent.

11 Sep 2019 – The French and German governments are expanding their nearly seven-year-old neo-colonial occupation of Mali and the resource-rich Sahel region of western Africa. 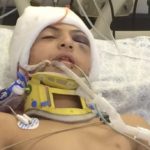 28 Apr 2018 – For the fifth consecutive week, the Israeli military rained live ammunition on thousands of unarmed Palestinian protesters in Gaza yesterday, killing three and wounding 900. Friday’s bloodletting brings the total number of Palestinians killed by the Israeli army over the past five weeks to 45, including four children, with more than 6,000 wounded. Zero Israeli wounded or killed. 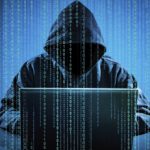 On Monday [16 Apr], the US and British intelligence agencies released a joint report charging Moscow with unspecified “cyber warfare” against the West. The coordinated campaign comes amid the unraveling of the official pretext for Friday [13 Apr] night’s illegal US-British-French bombing of Russia’s ally Syria—the claim that the Assad government carried out a chemical weapons attack in eastern Ghouta on April 7.

12 Feb 2016 – Astronomers from the Laser Interferometer Gravitational-wave Observatory (LIGO) Collaboration have published the first detection of gravitational waves, ripples in the fabric of space and time. The announcement comes almost exactly a century after Albert Einstein, in mid-1916, predicted the existence of the waves on the basis of his Theory of General Relativity.

The History, Science and Implications of Einstein’s General Theory of Relativity