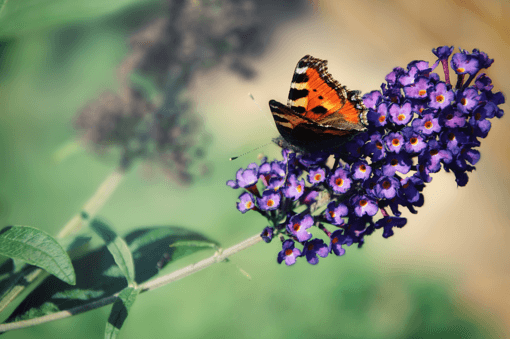 27 Mar 2018 – Everybody’s heard about global warming. It is one of the most advertised existential events of all time. Who isn’t aware? However, there’s a new kid on the block. An alarming loss of insects will likely take down humanity before global warming hits maximum velocity.

For the immediate future, the Paris Accord is riding the wrong horse, as global warming is a long-term project compared to the insect catastrophe happening right now! Where else is found 40% to 90% species devastation?

The worldwide loss of insects is simply staggering with some reports of 75% up to 90%, happening much faster than the paleoclimate record rate of the past five major extinction events. It is possible that some insect species may already be close to total extinction!

It’s established that species evolve and then go extinct over thousands and millions of years as part of nature’s course, but the current rate of devastation is simply “off the charts, and downright scary.”

Without any doubt, it is difficult to imagine how humanity survives without insects, which are dropping dead in bunches right before our eyes. For proof, how many insect splats do people clean off windshields nowadays? Not many…. How many fireflies do children chase at night? Not many….

Several naturalists and environmental writers believe the massive loss of insects has everything to do with three generations of industrialized farming and the vast tide of poisons pouring over the landscape year-after-year, especially since the end of WWII. Ours is the first-ever pesticide-based agricultural society. Dreadfully, it’s an experiment that is going dead wrong… all of a sudden!

Insects are basic to thousands of food chains; for example, the disappearance of Britain’s farmland birds by over 50% in 40 years. Additionally, North America and Europe species of birds like larks, swallows, and swifts that feast on flying insects have plummeted.
But, these are only a few of many, many recorded examples of massive numbers of wildlife dropping dead right before our eyes.

One of the world’s best and oldest entomological resources is Krefeld Entomological Society (est. 1905) tracking insect abundance at more than 100 nature reserves. They first noticed a significant drop off of insects in 2013 when the total mass of catch fell by 80%. Again, in 2014 the numbers were just as low. Subsequently, the society discovered huge declines in several observation sites throughout Western Europe.

Down Under in Australia anecdotal evidence similarly shows an unusual falloff of insect populations. For example, Jack Hasenpusch, an entomologist and owner of the Australian Insect Farm collects swarms of wild insects but now says: “I’ve been wondering for the last few years why some of the insects have been dropping off … This year has really taken the cake with the lack of insects, it’s left me dumbfounded, I can’t figure out what’s going on.” (Source: Mark Rigby, Insect Population Decline Leaves Australian Scientists Scratching For Solutions, ABC Far North, Feb. 23, 2018)

Concerned, Mr. Hasenpusch talked to entomologists in Sydney, Brisbane, Perth, New Caledonia, and Italy. All of them related similar experiences.

According to entomologist Dr. Cameron Webb / University of Sydney, researchers around the world widely acknowledge the problem of insect decline but are at a loss to explain the causes.

Obviously, something dreadful is suddenly happening throughout the entire biosphere. The insect catastrophe is a relatively new phenomenon that has caught society unaware, blindsided. Interestingly, 97% of the Animal Kingdom consists of invertebrates such as insects, crabs, lobsters, clams, octopuses, jellyfish, and worms, etc.

Scientists have been noticing the problem for some time now, but widespread public knowledge is simply not there. Jürgen Deckert, insect custodian at the Berlin Natural History Museum is worried that “there’s a risk we will only really take notice once it is too late.” (Source: Christian Schwägerl, What’s Causing the Sharp Decline in Insects, and Why It Matters, YaleEnvironment360, July 6, 2012)

The Senckenberg Entomological Institute/Frankfurt recorded a 40% decline in butterfly and Burnet moth species over a period of decades.

A Stanford University global index developed by Rodlfo Dirzo showed a 45% decline for invertebrates over four decades. Of 3,623 terrestrial invertebrate species on the International Union for Conservation of Nature Red List, 42% are classified as threatened with extinction.

The Zoological Society of London in 2012 published a major survey concluding that many insect populations are in severe decline. And in both the U.S. and Europe researchers have recorded 40% declines in bee populations because of colony collapse disorder and sharp losses of monarch butterflies.

“Of particular concern is the widespread use of pesticides and their impact on non-target species. Many conservationists view a special class of pesticides called neonicotinoids — used over many years in Europe until a partial ban in 2013 — as the prime suspect for insect losses… “There are many indications that what we see is the result of a widespread poisoning of our landscape,” says Leif Miller, director general of the German chapter of Bird Life International,” Ibid.

Widespread poisoning of ecosystems is the norm in modern day society. “Ours is a poisoned planet, … This explosion in chemical use and release has all happened so rapidly that most people are blissfully unaware of its true magnitude and extent, or of the dangers it now poses to us all as well as to future generations for centuries to come.” (Source: Julian Cribb, Surviving the 21st Century, Springer Nature, Switzerland, 2017, page 104)

“Most people are blissfully unaware” may be a blessing in disguise as the angst, dread, and uneasiness that knowledge of this horrendous crisis brings is the root cause of severe bouts of sleeplessness along with difficult spells of deep depression.

Robert Hunziker lives in Los Angeles and can be reached at  rlhunziker@gmail.com.