Trump Attacks Syria with Chemical Experts on the Way

President Trump ordered airstrikes on Syria as a team of experts from the Organization for the Prohibition of Chemical Weapons was about to arrive to determine whether a chemical weapons attack had even occurred. 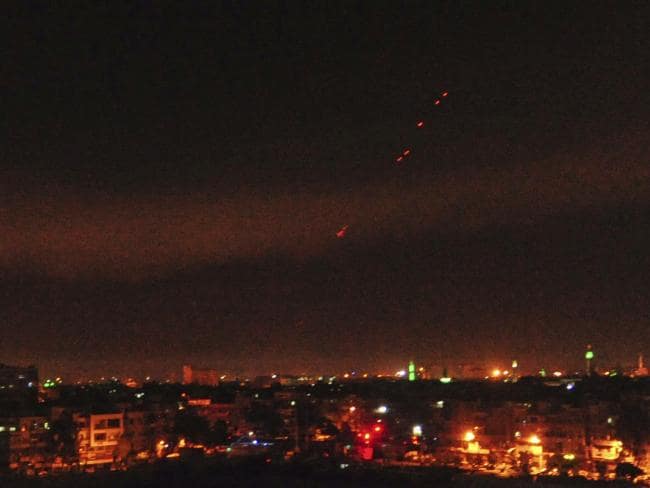 “I ordered the United States armed forces to launch precision strikes on targets associated with the chemical weapon capabilities of Syrian dictator Bashar al-Assad,” Trump said from the White House.

The strikes were carried out together with Britain and France, he said.  CNN reported explosions at a research facility near Damascus. At a news conference later, Pentagon officials said this “phase” of the missile strikes against three so-called chemical research targets, one in the center of the Syrian capital, were completed and “no additional attacks are planned.”

U.S. officials said Russia had been told of the military operation but Gen. Joseph Dunford, chairman of the joint chiefs of staff, told the press briefing Friday night (Washington time) that Moscow was not informed of the Syrian targets. Russia had vowed to shoot down incoming U.S. and allied missiles as Russian military personnel are embedded with the Syrian Arab army at various locations in the country.

Pentagon officials said they only had reports that Syrian, but not Russian, anti-missile defenses had been engaged. Whether any U.S. missiles or planes were hit would be made plain on Saturday morning in Washington, they said. 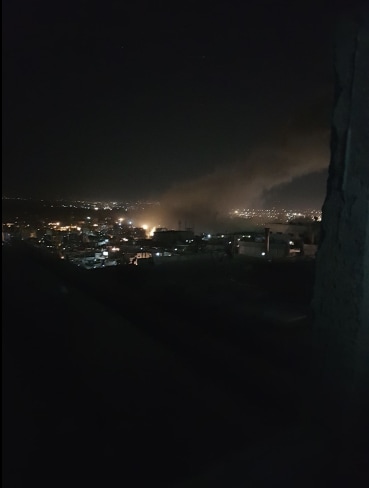 OPCW Team Was on the Way

A team of experts from the Organization for the Prohibition of Chemical Weapons was on its way to Syria after accepting an invitation from the Syrian government to study soil and other samples in Duma, the Damascus suburb where the alleged attack took place.

It’s not clear whether the U.S.-led operation would complicate their mission as the team was due to arrive later on Saturday. It is also not certain whether the timing of the U.S.-led attack was intended to prevent the team from gathering evidence to prove whether or not chemicals were used. The OPCW does not assess blame.

Trump had threatened earlier in the week, in perhaps his strangest Tweet yet, to send “smart” and “clean” missile strikes into Syria to attack “Animal Assad.” He also blamed Russia for supporting Assad, which may have been intended to get critics, who accuse him of being a Putin puppet, off his back. Indeed this latest display of American militarism may also be driven by Trump’s anti-Russian critics.

Trump had backed off his threat when it was revealed that his aides had not yet agreed to the attack.

In April 2017 the U.S. fired 59 cruise missiles at a Syrian airbase that Washington believed was used to carry out a chemical attack. U.S. Defense Secretary James Mattis later said the U.S. did not have concrete evidence that Syria was responsible.

No Proof Made Public

Likewise no public proof has been offered that Syria was behind the alleged chemical attack last weekend in Duma, where as many as 70 people may have been killed.

The gas allegedly used in the Duma attack is chlorine. In 2014 Syria was certified by the OPCW to have given up its entire chemical weapons arsenal in a deal with the United States and Russia. The chemicals were destroyed on a U.S. Navy ship.

Chlorine, however, is not on the OPCW list of banned chemicals, and is not classified as a chemical weapon. Any country, including Syria, is allowed to possess it, but cannot use it as a weapon. U.S. officials know this but say incorrectly that Russia had failed to give up chemical stocks that were on the OPCW banned list. The military strikes were, as usual, egged on by influential U.S. pundits, some masquerading as reporters. Christiane Amanpour said on CNN after the attack was launched that Russia had stopped President Obama from attacking Syria by agreeing to eliminate its chemical weapons.

“The allies have been forced into this,” Amanpour said, adding that they had no choice. “Russia promised that they would remove Syrian chemical weapons but they have chlorine,” she said, clearly uniformed that it was a joint-U.S.-Russia operation and that chlorine is not classified as a chemical weapon.

Consortium News this week published two pieces calling on Trump to obtain evidence of Syria’s guilt and legal authorization before launching an act of war. The U.S. has neither demonstrated that it is acting in self-defense nor did it get U.N. Security Council approval, making tonight’s actions clearly illegal. Nor has Trump received authorization from Congress, making it illegal under U.S. law. Several Congressmen complained of this after the attack, but Dunford told the Pentagon briefing that Trump acted legally because U.S. interests were involved.