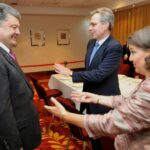 The Untold Story of the Trump-Ukraine ‘Scandal’: The Routine Corruption of US Foreign Policy
Joe Lauria - Consortium News, 30 Sep 2019

26 Sep 2019 – The most crucial aspects of the Trump-Ukraine “scandal,” which has led to impeachment proceedings against Donald Trump, are not being told, even by Republicans. What’s not being talked about in the mainstream is the context of this story, which shows that, politics aside, Biden should indeed be investigated in both Ukraine and in the United States. 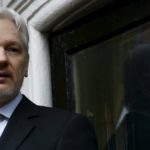 31 Dec 2018 – Donald Trump’s lawyer said today that WikiLeaks publisher Julian Assange should not be prosecuted and he compared WikiLeaks publications to the Pentagon Papers. 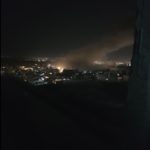 13 Apr 2018 – President Trump ordered airstrikes on Syria as a team of experts from the Organization for the Prohibition of Chemical Weapons was about to arrive to determine whether a chemical weapons attack had even occurred.

Connecting terrorism to Western intervention could spark a serious self-examination of the West’s behavior in the region leading to a possible retreat and even an end of this external dominance. But that is clearly something policymakers in Washington, London and Paris – and their subservient media – aren’t prepared to do.