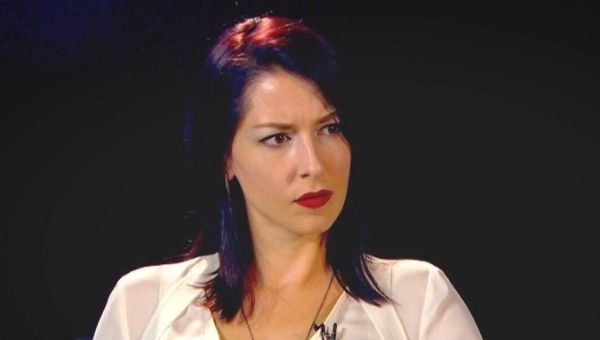 According to The Empire Files‘ official Twitter account, YouTube sent the program a notice saying “We have received a legal complaint regarding your video,” and notifying that the video would be blocked in 28 countries, including the United Kingdom, France, Israel and Italy.

The blocked episode featured an interview with journalist Max Blumenthal about the rise in militaristic and racist attitudes toward Palestinians in Israel.

Just notified by YouTube that @AbbyMartin’s interview with @MaxBlumenthal has been blocked from being viewed in 28 countries (including Israel) to “comply with local laws.” Actions disabled & warnings for viewers elsewhere. https://t.co/Kr2rbfXabg pic.twitter.com/vKPxABjsZ7

Max Blumenthal later told RT: “My comments were based entirely on my extensive journalistic experience in the region and my analysis was clinical in nature. At no point did I denigrate anyone based on their faith or ethnicity.”

Blumenthal believes that the Anti-Defamation League (ADL) is behind the censoring: it participates in YouTube’s flagging system, and considers actions tied to Boycott, Sanctions and Divestment (BDS) and opposition to Israeli occupation as racism.

Cooperation between Zionist forces and social media to censor pro-Palestine media has been well documented. Last year, journalist Glenn Greenwald revealed that social-media giant Facebook was actively working with the Israeli government to engage in censorship.

Tel Aviv believes that ‘online incitement’ is responsible for resistance to the occupation, and actively seeks to suppress allegedly ‘inflammatory’ posts.