The Coming Crash of the USA Empire! 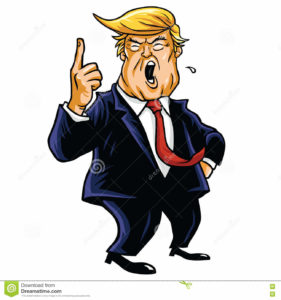 Donald Trump’s May 8 withdrawal from the Iran Nuclear deal and the May 14 US recognition of Jerusalem as Israel’s capital by moving the US Embassy from Tel Aviv to Jerusalem will only further isolate the U.S. and contribute to the US empire’s demise.

Dr. David Adams, retired professor from Yale and Wesleyan Universities says that European Professor, Johan Galtung, who predicted the crash of the Soviet empire in 1991, now predicts (TRANSCEND Media Service) the end of the American empire within the next two years.

“Trump contributes by making USA an impossible leader to follow. As long as he is in command – and nobody knows how long that will last, before he is removed by impeachment, Amendment 25, or the old US tradition of killing inconvenient presidents –rebuilding the US empire is difficult… In short, I stand by my prediction (in 2004) that by Year 2020 the US empire is gone.”

Let’s just hope that Dr. Adams is correct and this coming collapse happens “before the threatened wars, before the full development of fascism, and before the full effects of global warming” or the entire world and civilization as we know it, may be brought down with the collapse of the US empire.

The US withdrawal from the Iran Nuclear Deal will fuel increasing conflict in the Middle East risking a widening war in Syria and beyond. It needs to be restated that US and international inspectors have said repeatedly, that Iran was in full compliance with the accord. Be prepared now for “False Flag” events blaming Iran for some alleged provocative action to justify military action against Iran by Israel, Saudi Arabia, and/or the US. Also be prepared for major international outrage on May 14 by the US Embassy move from Tel Aviv to Jerusalem. It does not serve peace and stability in the region!