Costa Rica Prospers without a Military

In 1948, Costa Rica experienced a brief civil war, in which the army played an unwelcome role. One year later, President José (“Don Pepe”) Figueres took the lead in changing Costa Rica’s constitution to abolish its military.

At the same time, reforms were undertaken to prevent any future coup d’état: The police is not under a single command, but divided into ministries for rural and urban security. In this way, no police chief can exert monopoly control and seize state power by force. 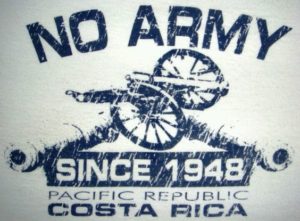 A Central Comptroller’s Office oversees all public expenditures to prevent corruption. An election tribunal has the task of preventing electoral fraud. Autonomous institutions, in which opposition parties are represented, are responsible for electricity, water, telecommunication and banking. Political power is widely dispersed, to make it difficult for any small group to seize illegitimate power. Finally, Costa Rica relies on the collective security mechanisms of the United Nations and the Organization of American States.

Other countries can benefit from its experience. While other Central American countries have long suffered from war and military coups and squandered much of their resources on the military, Costa Rica has enjoyed peace, stable democracy, and comparative prosperity. Its per capita income is double that of its Central American neighbors.

Anticopyright: Editorials and articles originated on TMS may be freely reprinted, disseminated, translated and used as background material, provided an acknowledgement and link to the source, TMS: Costa Rica Prospers without a Military, is included. Thank you.