Europe’s refugee crisis is modeled on that of the United States. And both derive from American foreign and domestic policy.

Differing Views on Migrants. Europeans, even knowledgeable ones, generally take the view of one individual known to the author that “I am wary of the ‘migrant timebomb’ messaging as it feeds far right Islamophobia. I believe in migration especially as [the]West has destroyed/destabilized/ financially raped so many of the ‘migrants’ countries… my family and I live in an increasing atmosphere of heightened alert because of hatred of Muslims across Europe. It’s always really important to keep our empathy alive and avoid ‘othering’.”

The real link to the migrant crisis, whether it be the United States or Europe, is right there in plain English: essentially, “don’t put an end to the destruction of the migrants’ countries; just let them in, be empathetic, and avoid ‘othering’ “.

Origin and Nature of the Problem. At one time or another, the United States has invaded, attacked, subverted, or regime-changed nearly every country south of its border with Mexico, as well as most of those in the Caribbean. Because of wrecked governments, devastated economies, and consequent loss of freedom, waves of migrants have moved north to the “Land of Opportunity”, now called by some on National Public Radio here as the “Land of Humanity”. Why “Humanity”? Because the migrants are using children, accompanied or unaccompanied, as “protection” to guarantee their admission to the United States. It is an emotional counter to President Donald J. Trump‘s ill-thought out policy of “Zero Tolerance” for illegal aliens. This is the pattern governing the current situation in Europe.

The concept of migration, whether it be in America or the Continent, boils down to permitting the free flow of immigrants. The idea is that everyone has the right to move to another country and live a better life. Laws, regulations, language, customs, society, housing, available jobs have no role in the matter. And this view is gaining traction. In October 2017, at the University of Hartford, Connecticut, the author spoke about his books, Visas for Al Qaeda, CIA Handouts That Rocked The World and Goodbye, Europe? Hello, Chaos? Merkel’s Migrant Bomb. The evening went well until one member of the audience asked if this writer supported unrestricted emigration. The reply was “No”. Citing the laws of the United States and those of other countries, the author told the listener that no country on earth permitted people to pack up and move into the state without meeting existing legal requirements. The man persisted in what became his demands for unlimited colonization, to the point where the moderator had to shut him down as disrupting the meeting. 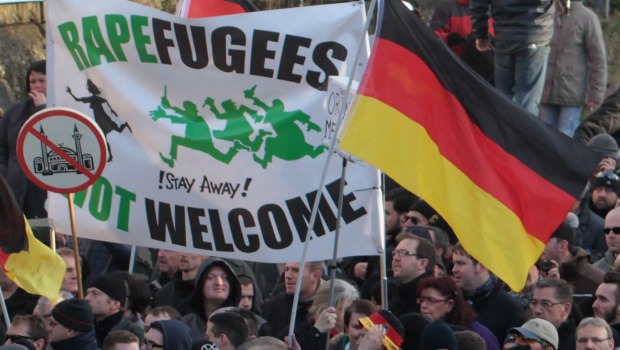 Migrants and Merkel. In Europe, to a great extent, the migrant issue is closely connected to Angela Merkel, the German Chancellor, i.e., Prime Minister, and the country’s history. Those who back Merkel’s stance on welcoming incoming aliens with candy and flowers and who oppose any effort to restrict their entrance or send them home generally have a specific background. They are people who had either personal knowledge of the Second World War or the 10 years immediately afterwards. As one 75-year old German journalist recently told this writer, Germany, because of its sordid past in the 1930s and 1940s, has a special requirement to take in anyone who needs a better life. And Angela Merkel, perhaps because of her 35 years in Communist East Germany, is well placed to understand the migrants’ plight and provide relief, she said. The correspondent also repeated the German government line that opposition to unrestricted relocation was the purview of extreme right-wing groups filled with neo-Nazis like the AfD, Alternative für Deutschland (Alternative for Germany). Our interlocutor did note that Merkel, perhaps, has stayed too long in office and that she is increasingly less effective in her position. Continuing, our contact feared a migration-sparked breakup of the shaky governing coalition and felt that new elections would increase the AfD’s representation in parliament, the Bundestag.

What the West Hath Wrought. To focus on what U.S. policy has done to Europe by creating a migrant crisis, let’s look again at our well-connected, extremely knowledgeable contact’s statement: “[the]West has destroyed/destabilized/ financially raped so many of the ‘migrants’ countries…”

Without covering the entire world, see what “the American Way” has done in:

The Migrants Are Still Marching But Change May Be Coming. Naturally, the migrants keep marching. Allegedly democratic governments have, until recently, ignored their citizens’ protests. (The United States’ news media plays up only the opposition to illegal aliens, emphasizing the wrongs done to people violating the Immigration and Nationality Act. They say not a word about unlawful voting, illegal entry, or the benefits of cheap, easily exploited labor.) But change seems to be coming, at least in Europe.

Victims? Who are the victims? Really?

It’s the migrants first of all. The United States and NATO, either in concert or with the help of the alliance’s member states individually, have destroyed most of South and Southwest Asia and North Africa. Their reasons were supposedly noble–they had a “responsibility to protect” people in those regions! However, houses, factories, shops, schools, waterworks, and sewage treatment plants disappeared under a hail of bombs, drone strikes, and artillery shells. And the jobless, penniless people were herded, by shadowy individuals and organizations, into Europe. Mirabile dictu, interpreters were found, wifi networks set up, SmartPhones provided, and smugglers located.

For the most part, Europe has little connection to the migrants’ home countries. There’s no pool of Dari speakers or Arabic linguists or Pushtun talkers. The Continent lacks any cross-cultural contacts with the migrants’ lands, other than, perhaps, through restaurants. So, ultimately, the aliens must adapt to Europe, rather than the other way round. In a way, it’s cultural imperialism. The newcomer must adapt to the new life he’s been forced into and give up his old language and culture. Simultaneously, he must deal with a native population that resents his being pushed upon them and given support and benefits out of their tax money–without any agreement to do so. 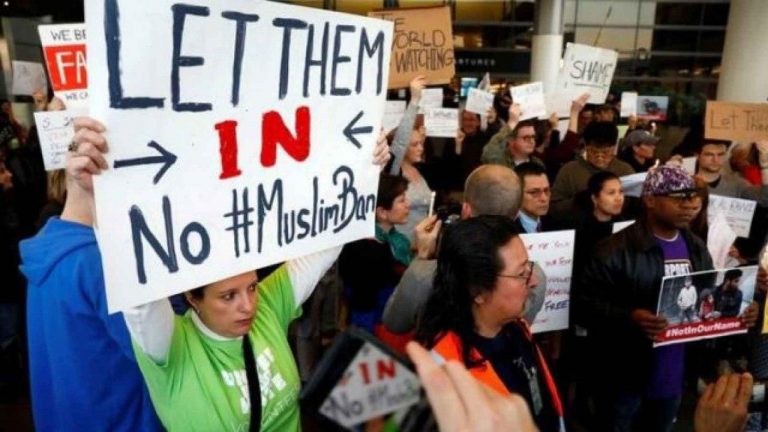 Muslims in particular are disadvantaged. First, they are seen as practitioners of a disfavored religion (even though, like Christianity and Judaism, it acknowledges one God and has a long-established code of righteous conduct). Second, as Muslim friends here in the United States have told this writer, it’s difficult belonging to a minority religion that imposes a strict fast during the holy month of Ramadan. Americans, and, increasingly, Europeans eat a lot between meals. In Southwest Germany, there is the long-established Second Breakfast, and in Austria, the late afternoon snack. Third, there are jobs closed to devout Muslims: work in bars and nightclubs, serving meals of forbidden pork in restaurants, brewing beer and distilling spirits. Fourth, Muslim friends have told the author that celebrating major religious feasts is much more enjoyable when there is a large gathering of family and friends.

And the natives in Europe and America are also victims. Under the pain of being denounced as insensitive, right-wing, neo-Nazis, they are required to welcome and work with the aliens. Questioning their ability to speak the local language, adapt to well-established customs, or absorb the mores of the region is strictly forbidden. They are taxed to support the alien, they are fined or jailed if they are too critical of them, and they lose housing to them. They’ve had their societies turned upside down and, in Germany, women are told to change their style of dress and go out only with a male escort. They (and some of the migrants) are victims of crime that appears to show no abatement, recent examples coming from Germany in 2018: 200 migrants smashed police cars transporting an illegal alien to deportation; a man from Niger, whose asylee status had been denied, fatally stabbed his wife and decapitated one of their children in a subway station; a Tunisian man, a migrant, was arrested for trying to produce the deadly poison ricin.

But that costs money!!! Yes, it does. And the logical source for the funds to do all of this is the military budgets for NATO’s member states. In 2016, European NATO countries spent US$254 billion on their armed forces. The United States spent US$611 billion, the highest expenditure of any country in the world.

Which is cheaper? Continued social disorder and uproar or a reduction in the Western War Machine’s funding? Do we look to the future or do we look to the past? As one German friend noted, failure to deal with the migrant issue demonstrates Albert Einstein’s belief that stupidity is as endless as the universe.

J. Michael Springmann is an attorney, author, political commentator, and former diplomat. He has written Visas for Al Qaeda: CIA Handouts That Rocked the World and a second book, Goodbye, Europe? Hello, Chaos? Merkel’s Migrant Bomb. He is a frequent contributor to Global Research.