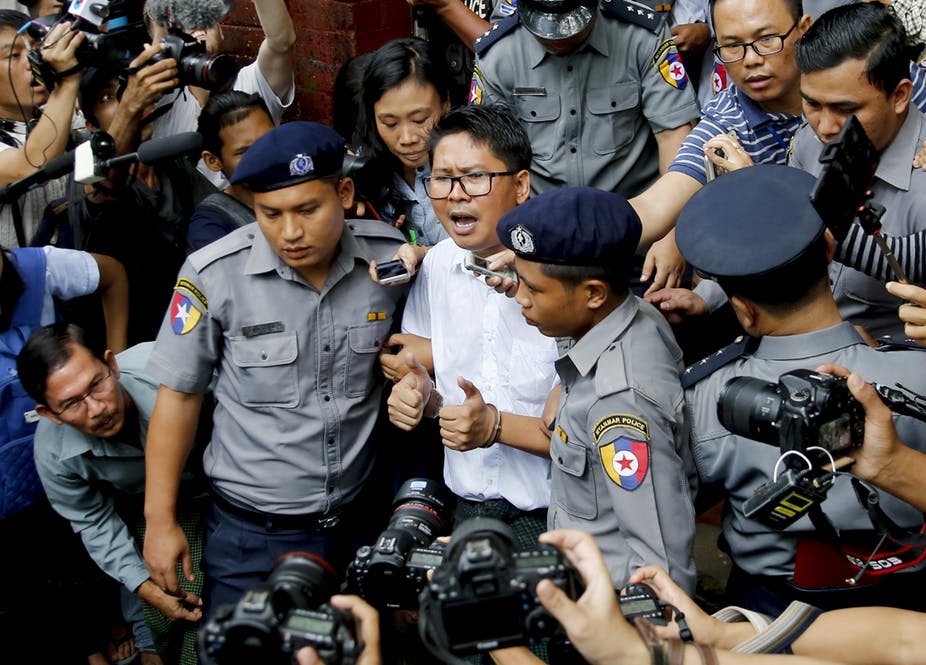 Unusually, the authorities admitted that the killings did take place, and a military tribunal has sentenced the perpetrators to prison and hard labour. For their part, the two Reuters journalists were detained by police moments after receiving the documents, adding credence to the suspicion that they were the victims of a somewhat bizarre conspiracy against Myanmar’s already very vulnerable press.

The UN, the EU and various governments who’ve been particularly supportive of Myanmar’s stuttering democratic reforms have all condemned the verdict. But given how little concern Suu Kyi and her government have shown in response to allegations of genocide and ethnic cleansing, it’s hard to see another wave of international criticism turning the government away from its potentially disastrous current direction.

Only a week before the Reuters verdict, Suu Kyi and her government robustly dismissed the findings of a UN fact finding mission into the military’s brutal ongoing campaign against the Rohingya muslim minority, whom Myanmar’s authorities (and much of its general population) refuse to recognise as legitimate citizens. Having been the victims of wide-ranging discrimination and persecution for decades, the Rohingya are now the victims of what senior UN figures have called “a textbook example of ethnic cleansing”.

While the Rohingya crisis is a profoundly complex one, unfolding in a deeply ethnicised country, the ludicrous circumstances of the charges against the Reuters journalists should have resulted in what could have been a politically advantageous acquittal. Given that Myanmar’s judiciary is not independent, a not guilty verdict might have provided some glimmer of hope to the many who have continued to support Suu Kyi and her government even as Myanmar’s reform process falters. 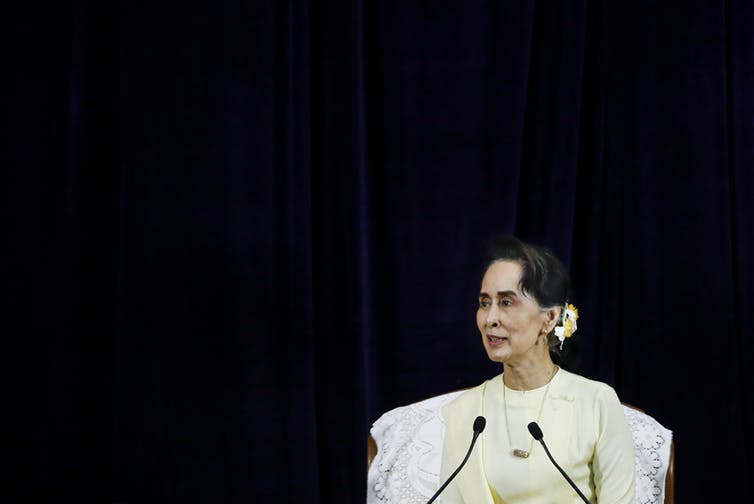 Suu Kyi’s continuing fall from grace signals that the international community made a profound error of judgement in investing so much faith in a single individual. With de facto authority comes de facto responsibility; either Suu Kyi has the power to steer her country toward reform, or she doesn’t.

The least critical view to take is that she holds no real power, and is simply a flimsy alibi for the military, which still exerts substantial control. There are other far less compromised forces developing in Myanmar, such as the so-called 88 Generation, a movement of former political prisoners who’ve recently formed a political party to contest the 2020 general elections.

But the apparent stillbirth of Myanmar’s reform process doesn’t just shame Suu Kyi. It also sheds an embarrassing light upon the many limitations and failings of Western diplomacy, international law and the global human rights protective system.

Too little, too late

The trajectory of this sad story has been marked by the steady disintegration of Suu Kyi’s image. Once an iconic victim of authoritarianism, she is now increasingly decried as an impassive accessory to the genocidal atrocities of the same military that imprisoned her.

Before and after she became the de facto head of state, a number of domestic and international voices (including me) questioned Western governments’ policy of “cautious optimism”, particularly in respect of the depth of the challenges that would confront attempts to effectively end the persecution of the Rohingya. For the most part, such concerns were ignored. And now, Myanmar’s increasingly robust dismissal of Western concerns makes it clear just how little influence those governments have.

Calls have been mounting to refer certain Myanmar generals and possibly even Suu Kyi herself to the International Criminal Court. However, as Myanmar is not a party to the Rome Statute that established the court, its crimes against humanity are not immediately subject to the ICC’s jurisdiction. This could be overcome by a resolution of the UN Security Council, but Russia and China would almost certainly veto any such attempt.

For all those who remain deeply committed to Myanmar’s reform process, the Reuters case is yet another wakeup call. The country’s startling return to outright authoritarianism isn’t just a domestic disappointment; it’s a reminder that the global framework intended to prevent systemic state human rights violations has some critical flaws. It also exposes the grave risks of passing over the hard work of building a democracy in favour of simply joining a personality cult.