Were the lives of those killed at the World Trade Centre more valuable than the innocents murdered in Chile’s US-backed, Kissinger engineered coup? 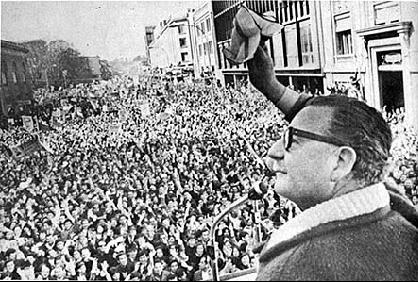 The Dustbin of History

16 Sep 2002 – Our dreams were shattered one cloudy morning when the military overthrew the democratically elected government of Salvador Allende. Twenty-nine years later, at midday, Chile’s’s firemen sounded their sirens paying tribute to thousands of men and women who lost their lives without really understanding what was happening.

It was a moment of remembrance, not for the victims of the military coup, but for those killed at the World Trade Centre in New York. Sad as that might have been, it is even sadder that Chilean firemen have never sounded their sirens to remember our own dead. And there are thousands of them, including many children, who were murdered by the military.

It is not a matter of comparing sorrow and pain, but for the past year the US media has tried to convince us that north American lives are worth more than other people’s lives. After all, we are from the third world, citizens of underdeveloped countries who deserve to be arrested, tortured and killed. How else are we interpret the fact that the military coup in our country was planned in the United States?

The truth is that no US president ever shed a tear for our dead; no US politician ever sent a flower to our widows. The US government and media use different standards to measure suffering. It is precisely this hypocrisy and these double standards that make us sick, especially when on such a symbolic day for Chileans, the president of Chile, Ricardo Lagos, attended a memorial service at the United States embassy where the ambassador, William Brownfield, stated that “people who hate the United States must be controlled, arrested or eliminated”. 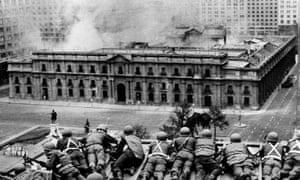 In what kind of a world are we living? Can we stand idly by while in the name of the fight against terrorism countries are bombed or invaded by the US war machine? I think not, especially because, irrespective of the horror of the World Trade Centre attacks, the US has no moral right to impose its will on our continent. After all, we in Latin America have ample experience with US terrorist tactics. In our continent alone 90,000 people disappeared as a direct result of the operation of the School of the Americas and US “counterinsurgency” policies – 30 times more than the victims of the World Trade Centre.

One cannot – and should not – attempt to quantify suffering, but we do have the right to denounce this double standard. We also have the right to question President Lagos’s assertion that “for the youth of today what happened in 1973 is part of history, which means we must undertake the task of looking to the future”. Only a few hours after the president’s speech, thousands of people – mostly young people- took over parts of Santiago and other Chilean cities to express their true feelings about this fateful day in Chile’s history. They organised demonstrations, candle-lit vigils, concerts, meetings, seminars and put up barricades to defend themselves from the police.