Imprisonment, Torture and Rape: Why Myanmar Must Be Referred to the ICC 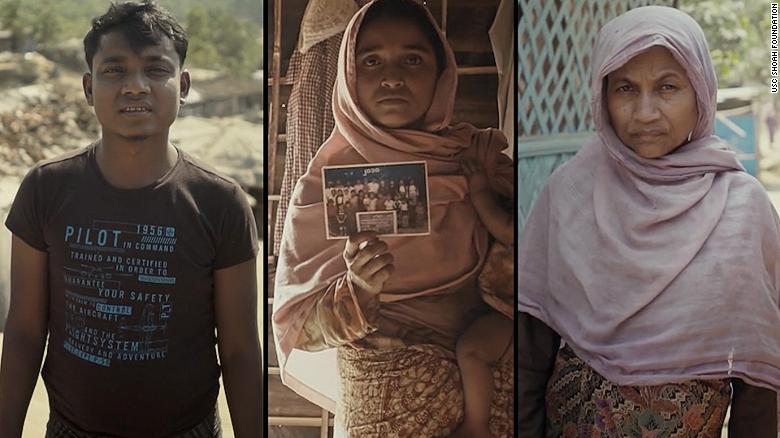 18 Sep 2018 – Today, the investigation led by the UN Independent International Fact-Finding Mission on Myanmar presented its findings to the Human Rights Council.

The mission’s exhaustive report defines human rights violations and abuses committed in Kachin, Rakhine and Shan states as “shocking for their horrifying nature and ubiquity” and calls for the investigation and prosecution of senior military officials for genocide, war crimes, and crimes against humanity.

This report details what we heard and witnessed directly from Rohingya women when we traveled to the refugee camps of Kutapalong and Thyankhali in Bangladesh, in February this year: they and their communities have experienced murder, imprisonment, enforced disappearance, torture, rape and sexual slavery and other forms of sexual violence; persecution and enslavement.

More specifically, the report highlights the role and culpability of Commander-in-Chief Senior-General Min Aung Hlaing; and makes it clear that these systematic crimes followed a clear chain of command from the most senior levels of the Myanmar military.

The UN report highlights what the Rohingya people have been yelling from the rooftops: the current Rohingya crisis is more than a humanitarian catastrophe. It importantly underscores that there is sufficient information to warrant the investigation and prosecution of senior officials in the Tatmadaw chain of command “so that a competent court can determine their liability for genocide.”

The most urgent question facing the international community now is how it will respond to the UN mission’s clear and unequivocal call for justice.

As the report makes clear, it is urgent to refer Myanmar to the International Criminal Court, and to prepare for this referral by establishing clear, impartial mechanisms to document, collect and analyze evidence for criminal prosecution.

Over the past tragic months, the international community has been undecided about an ICC referral, mostly because Myanmar is not a signatory to the Rome Statute that established the court.

The ICC, however, solved this legal dilemma through a landmark ruling on Thursday, September 6, when it determined that the court could in fact exercise jurisdiction over the alleged crime of deportation of the Rohingyas from Myanmar.

The international community must now do its part and refer Myanmar authorities to the International Criminal Court. Despite the existing numerous criticisms on the Court, it remains the only legal mechanism to prosecute such crimes, and was designed for this very purpose.

It is also the only avenue for victims of mass crimes, whose voices are too often left unheard in decision-making circles and whose suffering can be quickly buried under political debate.

Most importantly, the international community can neither support nor trust Myanmar authorities to deliver justice to its own victims.

It would be highly unrealistic to expect the same authorities to prosecute perpetrators, many of whom are military officers.

During our visit in Bangladesh, we met with over 100 women who had survived persecution in Myanmar. Some could barely walk due to their injuries, and had to be carried by others. Others had watched their entire families massacred before their eyes.

Impunity is deeply entrenched in Myanmar, and as the women told us, the perpetrators showed no fear of reprisal by their superiors; it was, in fact, their superiors who ordered the systematic rape of women and girls and the murder of their families.

They lived in unimaginable trauma, but shared one unanimous and clear message: their desire for justice. They wanted to make sure that perpetrators were held to account, and that this would not happen again.

We both know, coming from countries deeply affected by gross abuses of human rights, that impunity anywhere in the world fuels and emboldens brutal dictatorships and perpetrators of crimes against humanity. International failure to prevent and respond to genocide has deep and lasting repercussions to peace and security globally.

The importance of holding perpetrators to account for genocide and crimes against humanity — including sexual violence — extends far beyond the borders of the concerned countries.

We believe that justice and accountability are one of the most powerful deterrents for potential perpetrators and future atrocities. This could not be more urgent in the face of today’s rise of authoritarian and brutal regimes.

Only a credible, objective process that takes genuine steps to prosecute and hold those responsible to account, will end the government’s vicious cycle of violence against its own people, particularly ethnic and religious minorities, and create the conditions in which a stable, inclusive and peaceful Myanmar can emerge.

Rohingya survivors expect no less of us.

Shirin Ebadi is the recipient of the 2003 Nobel Peace Prize.

Tawakkol Karman was awarded the Nobel Peace Prize in 2011.

One Response to “Imprisonment, Torture and Rape: Why Myanmar Must Be Referred to the ICC”