Salisbury Is Far from a Novichok Slam-Dunk!

5 Sep 2018 – For the British media and their parliamentary echo-chamber, today’s release of CCTV and other pictures, together with the murder charges against two “Russians” is game, set and match against the Russian state.

Moreover the British decision not to even seek extradition of “Alexander Petrov” and “Ruslan Boshirov” signals case-closed so far as London is concerned. All that remains presumably is the imposition of further national and international sanctions against Moscow which continues robustly to deny any involvement. But for a deeply cynical British public, soured by decades of dirty tricks disinformation and official lying which has caused the deaths of millions and spread extremism across the world, this case is far from closed. 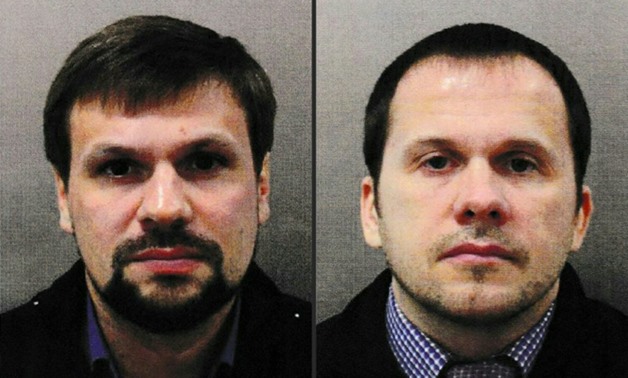 For the proverbial “moron in a hurry” today’s news is persuasive. Rather in the way that the pictures of “mobile chemical laboratories” parked under Saddam Hussein’s bed in the Iraqi Presidential Palace were persuasive. But now as then, all is not necessarily what it seems.

The first reason to be skeptical is that it has taken six months to publish these images. With the huge numbers of highly experienced and able counter-terrorism officers on this case it must or at least could have been possible for these suspects to have been identified and publicized long before now.

Moreover, images of two people with their (presumably false) names establish absolutely nothing. Even if it is accepted that they flew in and out of Moscow that doesn’t make them Russian. I myself frequently do and I’m not Russian. It certainly doesn’t make them state operatives and GRU officers. No evidence has been offered in support of this leap, but that didn’t stop the iron-clad consensus in the House of Commons from rallying to the Prime Minister’s unsubstantiated claims against Russia.

The head of the counter-terrorism branch of the Metropolitan Police, Neil Basu, whom I have known for many years hasn’t attracted much media attention for his statement on the new developments, and that undoubtedly is because he – who is in charge of the case – was asked at his press conference if he had any evidence that the two men in the images were Russian State operatives, he answered simply, “No”.

So the Police have no evidence that what Mrs May told the docile parliament was in fact true.

But there are other reasons for skepticism.

According to the timeline released today, the two men arrived in Salisbury at 2.25 pm on Saturday, the day before the attack, and left for London at 4.10 pm. This is described in the British media as a “reconnaissance” trip. What kind of “reconnaissance” is that? This timeline is much more suggestive of a meeting with someone else in Salisbury. It could have been for the collection of the chemical weapon – traces of that we are NOW told have been found in the tiny down-market and geographically inconvenient “hotel” in east London in which the men are said to have stayed – or identification of an accomplice or even a controller.

On that subject, it is said that after the deadly attack the two men relied on the notoriously unreliable Sunday train service to get them – just and no more – to Heathrow to catch their flight back to Moscow. If these are intelligence officers, the Russian state intelligence services have certainly lost the plot.

By the way this timeline means that the chemical agent was “smeared on the door” of the Skripal house in broad daylight on the Sunday. Yet no-one saw anyone do such a highly dangerous thing and of course no CCTV reveals any such thing. And what would the “GRU” men have done if Skripal had opened his door or seen them through the window thus wrecking the whole operation?

The recklessness of then discarding the chemical weapon in a perfume bottle just thrown away in the centre of Salisbury (which has killed one and may yet kill another victim) the carelessness about their egress from the country, the highly suspicious to fly from and back directly to Moscow, the failure to actually kill their targets all point away from Russian Intelligence as the culprits rather than point at them.

And above all the big political question of why the Russian state would carry out such a convoluted (simpler to kill their target with a plastic bag over his head) murder plot a week before the presidential election and 100 days before the World Cup rather than at any other time remains unasked never mind answered.

I have said from the beginning, long before we knew what we now know about the ongoing activities of Mr Skripal, that Russian involvement in his attempted murder could not at all be ruled out. But I also said here on these pages that Russian criminal elements were much more likely suspects than the GRU. London contains a nest of the nastiest Russians on the earth – the Oligarchs, many of them fugitives from their homeland, many of them living high on Russia’s stolen wealth. There is where Britain and Russia should be co-operating – and Russia is ready to do so.

Someone who wanted the blame for this dastardly crime in England’s green and pleasant land to be laid at the door of Putin and Russia did this. We all owe it to the victims and the frightened people of Salisbury to find the real criminals.

2 Responses to “Salisbury Is Far from a Novichok Slam-Dunk!”