The Sadness of Silence

What has become of the Indian intellectual as storyteller? Is he only an annex of the state or can he be critical? 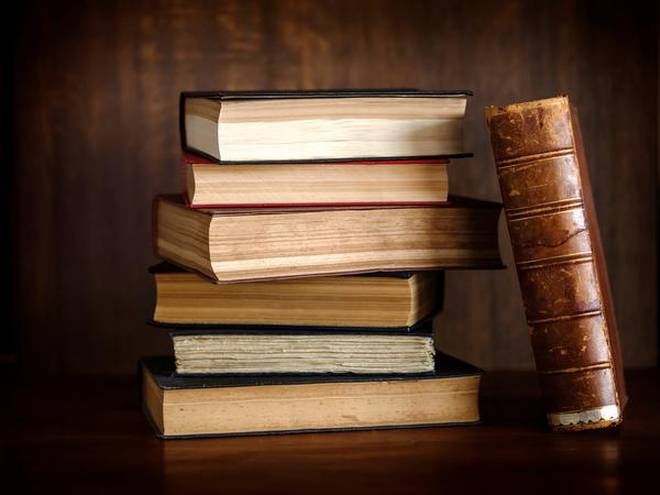 8 Sep 2018 – A few months ago, I was at a screening of a documentary on the Bengal Famine. Bengal Shadows, while well intentioned, was more a pretext for the text that followed. The question was why was there such a silence about the event, which claimed over 3.5 million people and was one of the most arrogant acts of triage in history? It was a systematic elimination of people on grounds of rationality, of a scaling in terms of policy priorities. The British tended to explain it away as one of the sideshows of history, an act of contingency of an imperial Winston Churchill too busy with winning the war.

Indian historians were also polite as though belonging to the Oxbridge club was more critical than compassion for the victims. Between the middle ground of silence and an illiteracy about the event, the narrative split into two. One strand merged into folklore and people’s memory and became a tale told by old men and women to their families. In the other what one sees is a banalisation, a ritualisation of the event. There is a subtle recognition of a new possibility, that while the national movement may have been peaceful, even dialogic, the nation-state as an entity emerged out of the imagination of two genocides: Partition and the Bengal Famine.

What emerged was a state devoted to science, planning and development and committed to managing huge populations. Memory recedes to the background and what remains is the politics of dislocation and number. What emerges is an implicit social contract between the nation-state and science to create new orders of stability. Out of Partition comes the idea of community development and urban planning. Jawaharlal Nehru invites Le Corbusier to build the new city of Chandigarh. The Bengal Famine becomes a pretext for planning and the administrative apparatus required to create a welfare state. The violence of the famine is not erased, it is sublimated into the creation of a new state.

Second, the violence and its large-scale disruptions led to the violence of Partition and also an acknowledgement that such large-scale violence is part of the new modernity. What one misses is a critique of the famine as it gets domesticated to a benign policy document. There is little protest about British behaviour, no attempt to call Winston Churchill to account as a war criminal. Instead, what we get is a ritual of table manners, not an ethical response to one of the great genocides in history.

The Bengal Famine is a failure of storytelling as it gets sublimated into policy narratives or war-time memories. That very silence, its normalisation where a society accepts violence as part of a logic of strategy has tainted the unconscious of India. Sadly, the intellectual has become part of the conspiracy of silence, hiding behind the emperor’s new clothes, the emerging policy science, which banalise the logic of violence in everyday life. A Michel Foucault would have been ironically delighted with the event as a case study where Famine, Partition and World War become the creation myths of the Indian state apparatus.

Listening to the narratives, one often wonders what became of the Indian intellectual as storyteller. Is he only an annexe of the state or can he be a critical intellectual? This question becomes even more critical during the Narendra Modi regime where the silence and passivity of the intellectual are deeply distressing. Yet, there is little analysis or reflection to fix it at another level.

At another level, I keep wondering why so little attention has been paid to silence in history. Listening to narratives of genocide and violence, I often think that there should be a monument to silence. The silence of Partition centres around rape and few talk about it. It is a bit like the scene in the film where men discuss Partition and a woman listens quietly. In the end she says, “You have told a man’s story. The woman’s is still not available.” In fact, India has become a history of silences. I was thinking of the history of the Bhopal gas tragedy. The tragedy of Bhopal was a tragedy of storytelling. After the census of numbers and the arguments of legality, little remains. It is as if suffering and silence go together. The idea of witnessing hardly seems to command attention, and the few witnesses that did exist seem to be voices in the wilderness. It is as if silence was as lethal a killer as the gas and more overwhelming. The missing-ness that silence creates haunts Bhopal. Even commemorations become empty events, punctuation marks which sound hollow. They lack the poetics to challenge and the poignancy of the silence.

One senses the same tenor of desperation as one confronts the battle against the Narmada dam. The survivor as resister attempted to revive memory, even create a calendar of struggle — yet today the waters of the dam have reduced the struggle to silence.

I keep wondering why even events that find their voice lapse into silence. I am thinking of the Emergency which found a storyteller in the Shah Commission report, or the 1984 riots which found a witness in the PUCL-PUDR report, “Who are the Guilty?”. But eventually even these interrogating voices lost power. It is almost as if every atrocity is accompanied by its own symphony of silence. Each genocide creates its own demography of silences. India, in fact, becomes a history of silence, when actual history is too mute, unable to stand witness. Voice becomes a disappearing species. So all we have is the silences of Partition, the muteness of Bhopal, the silence of Narmada, and along with these bigger silences, the little dialects of silence — a Dalit’s silence, a woman’s silence, a tortured silence, a child’s silence, all waiting. It is as if justice begins when the storyteller returns and the first voice is raised against the silence. India suddenly appears as a million bodies walking in the muteness of silence.

Silence today seems to need an anthropology of its own. Today’s silence does not smell of yesterday’s desperation but of consumerist indifference, of a self-centredness immune of the other. It is not the silence of compassion, or the conviviality of caring. There is erasure, indifference, amnesia, forgetfulness, muteness, each calling a different world of experiences.

I find the everydayness of silence even more troubling. It is like the silence of a husband and wife who have seen torture and rape and yet never talk about Partition. It is like the silence of Gujarat after 2002. Yet the agony is, silence speaks, silence demands speech, silence begs for voice and then lapses into defeat. Silence still has an eloquence which indicts us at every moment. India stands today like a Republic Day parade of silences, each violence mute into itself.

A democracy cannot be built on silences; it needs the speech of storytelling. Silence cannot be replaced by noise, by the bombast of the nation-state, or the cacophony of development. Each concept, each word must yield its story, so suffering never occurs in silence

A few weeks ago I saw a Chinese painting under which was inscribed a haiku-like poem. All it said was “How sad, silence is.” That inscription could be the history of modern India. By breaking this silence, we could begin to challenge the tyranny of modern India, bring back to citizenship a memory that flows, revive the power of storyteller and the hospitality of listening. The sadness of an empty democracy cannot settle for less.

Shiv Visvanathan is an academic associated with the Compost Heap, a group in pursuit of alternative ideas and imagination.