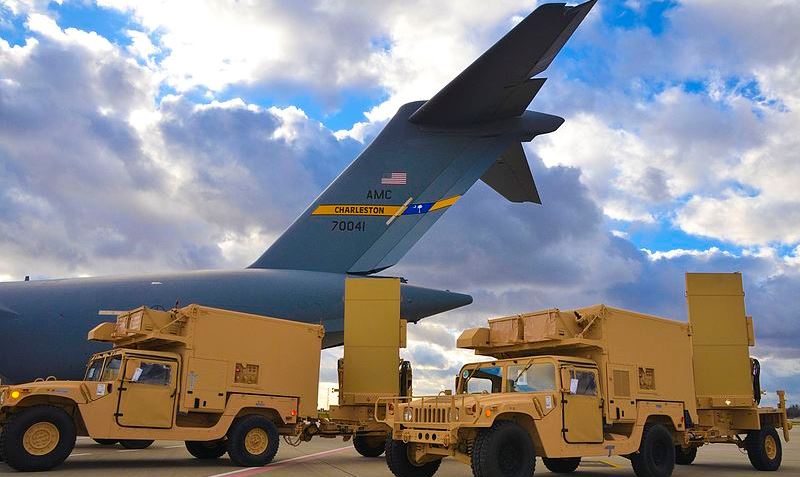 2 Oct 2018 – The United States Government is now treating Ukraine as if it were a NATO member, and on September 27th donated to Ukraine two warships for use against Russia. This is the latest indication that the US is switching to Ukraine as the locale to start World War III, and from which the nuclear war is to be sparked against Russia, which borders Ukraine.

Here is why Syria is no longer the US alliance’s preferred choice as a place to start WW III:

On September 4th, US President Donald Trump publicly threatened Syria, Iran and Russia that if they exterminated the jihadists in Syria’s only remaining jihadist-controlled province, Idlib, then the US might launch a full-scale invasion against Syria, Iran and Russia in Syria. Either the US or Russia would then quickly escalate to nuclear war so as not to lose in Syria — that would be the conventional-war start to World War III.

The leaders of Russia, Iran, Turkey, and Syria (Putin, Rouhani, Erdogan, and Assad), agreed in two meetings, one on September 7th and the other on September 17th, to (as I had recommended on September 10th) transfer control of Syria’s only remaining jihadist-controlled province, Idlib, to NATO-member Turkey. This action effectively prevents the US alliance from going to war against Russia if Russia’s alliance (which includes Syria) obliterates all the jihadist groups in the Al-Qaeda-led Syrian province Idlib. For the US to war against Russia there would also be war against fellow-NATO-member Turkey — out of the question.

The US has been using Al Qaeda in Syria to train and lead the jihadist groups which have been trying to overthrow Syria’s Government and to replace it with a government that has been selected by the Saud family who own Saudi Arabia. Ever since 1949 the US Government has been trying to do this (to place the Saud family in charge of Syria). That plan is now being placed on-hold if not blocked altogether, because of the Russia, Turkey, Iran, Syria, agreement. As I reported on September 25th, “Turkey Now Controls Syria’s Jihadists”. The US would no longer be able to save them, but Turkey would, if Erdogan wants to. “Turkey is thus now balanced on a knife’s edge, between the US and its allies (representing the Saud family) on the one side, versus Russia and its allies (representing the anti-Saud alliance) on the other.”

During the same period in which the US Government was setting Syria up as the place to start WW III, it was also setting up Ukraine as an alternative possibility to do that. US President Obama, in a very bloody February 2014 coup which he had started planning by no later than 2011, overthrew Ukraine’s democratically elected President, and replaced him by a rabidly anti-Russian racist-fascist regime whose Ukrainian tradition went back to ideologically nazi Ukrainian organizations that had supported Hitler during World War II. Though communism is gone from Russia ever since 1991, the US aristocracy never ended its goal of conquering Russia; the Cold War was secretly continued on the US-NATO side. Ukraine’s nazis (meaning its racist-fascists) are now the US and UK aristocracies’ chief hope to achieve this ambition of a US-and-allied global conquest. Here are the recent steps toward WW III regarding the US alliance’s new (since 2014) prize, Ukraine:

On September 28th, John Siciliano at the Washington Examiner bannered “Ryan Zinke: Naval blockade is an option for dealing with Russia” and he reported that Trump’s Interior Secretary Zinke had said “There is the military option, which I would rather not. And there is the economic option. … The economic option on Iran and Russia is, more or less, leveraging and replacing fuels.” He was saying that in order for the US to get its and its allies’ (mainly the Sauds’) oil and gas into Europe replacing some of Russia’s dominant market-share in that — the world’s largest energy-consuming — market (and also shrink Iran’s market-share there), a military blockade against Russia and Iran would be an option. Currently, most of Russia’s oil and gas into Europe goes via pipelines through Ukraine, which the US already controls. Siciliano’s news-break received a follow-up on September 30th from Zero Hedge.

On October 1st, George Eliason, the great investigative journalist who happens to live in Donbass, the southeastern part of Ukraine that broke off from Ukraine when Obama’s coup overthrew the democratically elected Ukrainian President who had received over 90% of the votes in Donbass, reported at The Saker’s site, that Ukraine’s war against Donbass was now returning in full force. Headlining “War Crimes in LNR and DNR [Donbass] —The Unannounced War”, he opened:

On September 28th, Lugansk Peoples Republic (LNR)Deputy Foreign Minister Anna Soroka and Andrey Chernov gave a presentation unveiling a photo album entitled Unannounced war. This collection of 150 images details the war crimes by the Ukrainian government during the war from 2014-2018.

Over the last 4 years, many journalists including myself reported on the war crimes committed by Ukrainian punisher battalions and sometimes the Ukrainian army. These war crimes are privately funded by Ukrainian Diaspora groups led primarily by US and Canadian citizens.

The Ukrainian punisher battalions and Ukrainian volunteer battalions take pride in the fact there is no need to hide any of Ukraine’s crimes from the West’s prying eyes.

Even now, when there is supposed to be a ceasefire so the children can go to school, Kiev is shelling cities and towns across Donbass. On September 29th, in just 24 hours Ukrainian army units shelled DNR (Donetsk Peoples Republic) over 300 times violating the ceasefire.

The US Government is trying to bully Russia and its allies, and now is overtly threatening to go to a naval blockade against Russia. Those two warships that the US just donated to Ukraine could be helpful in such a blockade. Alternatively, Ukraine’s re-invasion of Donbass might become Trump’s opportunity to ‘aid a NATO ally’ and precipitate WW III from a conventional war in Donbass. Either way would likely produce from Russia a nuclear blitz-attack to eliminate as many of America’s retaliatory weapons as possible, so as to beat the US to the punch. In military terms, the side that suffers the less damage ‘wins’, even if it’s a nuclear war that destroys the planet. The side that would strike first in a nuclear war would almost certainly suffer the less damage, because most of the opponent’s retaliatory weaponry would be destroyed in that attack. Trump is playing nuclear “chicken” against Putin. He is sorely trying Putin’s patience.

If the US regime uses any of these entry-points to a conventional war, Russia would simply be waiting for the US to nuclear blitz-attack Russia, which the US regime has long been intending to do. Regardless which side goes nuclear first, the blockade and/or re-invasion of Donbass (repeating there such things as this and this) will have started WWIII. And, clearly, any survivors would likely view the US in the way that most of today’s world views the fascist powers in WWII: as having been the aggressors. Consequently, if the American people cannot first overthrow the US regime and establish an authentic democracy here, then WWIII seems likely to result, which would be an outcome far worse, for the entire world, than an overthrow of the government that the entire world considers to be by far the most dangerous on Earth.