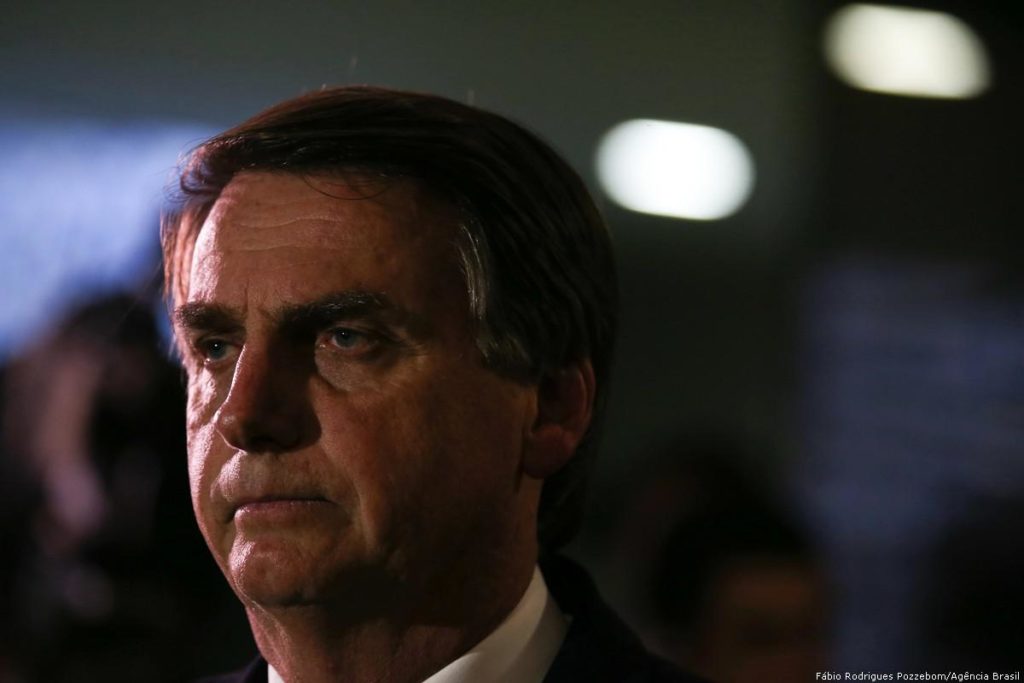 “Is Palestine a country? Palestine is not a country, so there should be no embassy here,” said Jair Bolsonaro, who won the national election on Sunday with 55.1 per cent of the votes.

The right-wing political outsider, who has been portrayed in the West as a far-right nationalist with authoritarian tendencies and fascist inclinations, demonstrated his intent to win the hearts of Israelis. Denouncing the Palestinians he said: “We do not negotiate with terrorists.”

If reports of the former army captain’s intent to close the embassy are true, Bolsonaro will reverse Brazil’s position on Palestine since 2010 when the government of Luiz Inacio Lula da Silva, recognised a Palestinian state within the 1967 borders, despite strong disapproval from the Israeli government.

Bolsonaro has expressed his intention of a dramatic you-turn in Brazil’s policy in the Middle East to reflect the wishes of Israeli Prime Minister Benjamin Netanyahu. He said he wants to recognise Jerusalem as the capital of Israel and his opposition to Palestinian statehood is said to stretch back as far as the 1990s.

Read: BRICS contributes to Palestine’s oppression through the two-state compromise

While Bolsonaro’s election victory has been met with trepidation in Europe, Israeli leaders have hailed his victory. “I am certain that your election will lead to a great friendship between our nations and to a strengthening of Israel-Brazil ties,” Netanyahu told Bolsonaro during a congratulatory phone call, according to readout reported by the Times of Israel from his office on Monday evening.

“Looking forward to your visit in Israel,” he added.

Members of the Israeli Knesset also congratulated Bolsonaro saying: “Warm greetings to my friend Jair Bolsonaro for his election to the presidency of Brazil,” Knesset Speaker Yuli Edelstein said in a statement published on Monday morning. The Likud politician added: “Bolsonaro is a true friend of the State of Israel and during his visit to the Knesset two years ago, he told me a lot about his activities for us in Brazil. We look forward to your visit to Israel and wish you all the best.”

In stark contrast to Israeli politicians who are celebrating the victory of Bolsonaro, his fascistic tendencies and misogyny have become a cause of alarm in the West.  Speaking about his country’s 900,000-strong indigenous people he said: “It’s a shame that the Brazilian cavalry wasn’t as efficient as the Americans, who exterminated their Indians.”

Echoing Israeli leaders who speak of their intent to colonise Palestine in its totality, Bolsonaro once declared that he will reduce or abolish Amazonian indigenous reserves and vowed on several occasions to leave no land for the indigenous population. “If I become president, there will not be one centimetre more of indigenous land,” he said.

On human rights he is said to be in favour of torture. His inflammatory attacks on women, black people, foreigners and indigenous communities, for which he was reportedly fined and even faced charges of inciting hate speech, are widely reported.