Criminal War, Poverty at the Heart of European & US Migration Turmoil 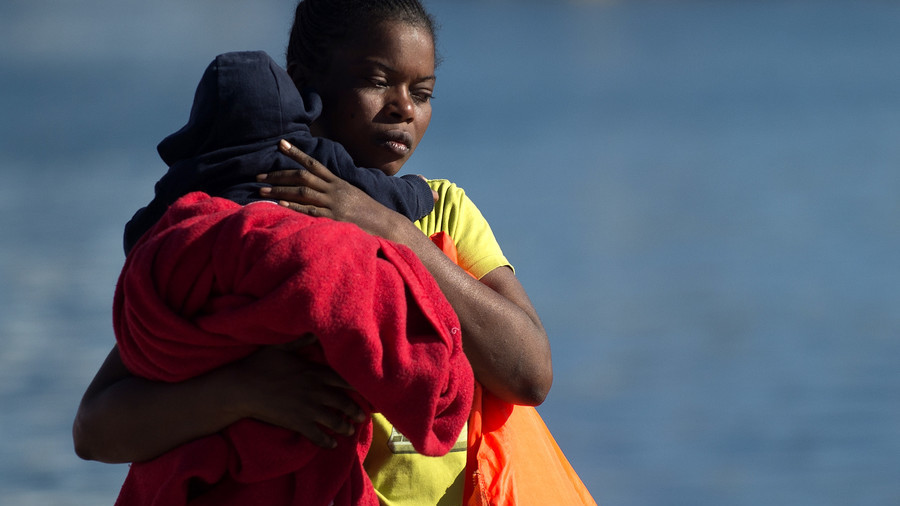 A migrant woman holds a baby upon her arrival aboard a coast guard boat at Malaga’s harbour on September 23, 2018. © Jorge Guerrero / AFP

But the debate requires much more than “moral appeals.”

A recent study entitled ‘Building Walls’ puts the growth of EU internal and external border barriers into stark perspective. In the 1990s, there were two border walls. Now the number has grown to a total of 17, with most of the structures built over the past three years.

Ten countries out of 28 EU member states have built physical barriers to control migrants entering from outside the bloc. They include Austria, Spain, the United Kingdom, Hungary, Greece, Slovenia and Latvia.

The authors of the above report call the structures “edifices of fear” and make the startling comparison to the Berlin Wall that separated East and West Germany until its dismantlement in 1989. EU states have built border barriers equivalent to the length of six Berlin Walls.

The report also reproaches the proliferation of “mental walls” across EU member states with the rise of what it calls “far-right” and “racist” political parties. There are now, it is claimed, 10 EU states in which “xenophobic” parties have significant government or parliamentary representation.

However, the problem with a report like this is that it provides no practical solutions to the immense political and social challenges stemming from phenomenal migration. The United Nations high commissioner for refugees estimates that a record number of 68.5 million people worldwide are forcibly on the move from their origins, many of them trying to reach Europe.

We can perhaps agree that in recent years that the EU has faced an unprecedented influx of asylum seekers and would-be refugees. That, in turn, has engendered political and social tensions, as well as anti-immigrant parties and anti-EU popular sentiments.

The authors of ‘Building Walls,’ however, largely base their appeal on moral arguments in favor of accepting migrants in the context of human rights. They call on EU governments to reject

“racist discourse of the extreme right” and “to reverse the policies that lead us to walling ourselves in and defending a fortress in which the privileged and secure live.”

That recommendation reveals an abject naivety. Millions of EU citizens would not consider themselves “privileged and secure,” as the authors claim.

In the 58-page report, there is this tiny mention of the real issues at stake.

“Civil society and political parties should rigorously study the structural causes of 68.5 million people having to flee their homes by force, in order to implement prevention policies based on global economic justice and to prevent war and armed conflict.”

Indeed, “structural causes” need scrutinizing. These issues should be comprehensively explored if a proper understanding and solution to the problem are to be achieved. Such an approach would also go some way to addressing the concomitant issue of anti-immigrant politics and resentment towards the EU status quo.

Here is where disclosure by the ‘Building Walls’ study is pertinent. The publisher, the Transnational Institute, based in Amsterdam, is funded in part by liberal financier George Soros. The billionaire has declared himself an advocate for open borders and promoting the rights of refugees. Some critics see Soros’ agenda as something more sinister than mere philanthropy. He is accused of trying to undermine national sovereign controls over migration. In Hungary, from where Soros migrated years ago to the US, the government of Viktor Orban has even gone as far as banning organizations funded by the billionaire.

READ MORE: Soros-funded uni campus for US programs ‘forced out’ of Hungary, opening in Vienna

It seems significant that the ‘Building Walls’ report deals with the whole matter of refugees and migration from the premise of acceptance. It avoids tackling the phenomenon with an analysis of structural causes, even though the authors briefly mention the key issues of poverty and war.

The expansion of walls across the EU and the increase in refugees are correlated with the spate of illegal wars the United States and its NATO allies have fomented in the Middle East, North Africa and Central Asia over the past three decades. The wars are the cause, the refugees are the effect.

The main migration routes to Europe via the Mediterranean and Balkans follow the pattern of wars that the US and its NATO allies have waged, overtly and covertly, in Afghanistan, Iraq, Syria and Libya, among other countries. The opening of these routes then draws in migrants from many other countries in Asia, the Middle East and Africa.

Indisputably, the US and EU are both complicit in perpetrating criminal wars which have unleashed the unprecedented numbers of migrants seeking refuge in Europe.

Added to that are international neoliberal economic policies pushed by Washington and the EU, which have impoverished African nations, leading to environmental crises and communities being displaced.

The same structural causes apply to the migrant caravan heading towards the US from Central America. For decades, Washington has ransacked its “backyard” with counterinsurgency warfare and sponsoring repressive regimes, which have in turn led to the spawning of criminal gangs and mass poverty. Any wonder then that droves of desperate people decide to flee to somewhere they perceive as relatively safe.

The other side of the coin is poverty and bankrupt economics in the EU, as well as the US. For decades, governments have been crushing their own people with brutal austerity and grinding poverty. The gulf between a tiny wealthy elite and the mass of impoverished society has exploded. The hardship and misery under Western corporate capitalism has understandably engendered huge insecurity and anxiety within populations. Such sentiments feed into reactionary politics and are susceptible to perceiving foreigners as threats.

Having said that, it should be recognized that resident communities in Europe or the US have a valid grievance about abrupt cultural changes. It seems inappropriate to dismiss objections as merely “racist” or “xenophobic.” Why should settled populations have to deal with a sudden influx of foreigners?

Making moral appeals for tolerance towards refugees is futile. It does not address the structural cause of problems, or practical solutions.

We need to engage the issue of refugees and migration directly with policies based on structural analysis.

European governments along with Washington have to be held accountable for the criminal wars they have inflicted. That at least means paying financial reparations for the reconstruction of nations blown apart by militarism. Stop the wars, pay for damages and reconstruction, and the refugee problem is largely curbed.

On economics, the real problem is the bankrupt capitalist system. It impoverishes billions of people, both within so-called developed countries and elsewhere, leading to mass migration and deep rancor in destination countries.

READ MORE: Mass migration brought down the Roman Empire. Can it bring down the American Empire?

If European countries or the US were run on a more democratic, productive and socially beneficial economic system, instead of neoliberal austerity exploiting inequality, then much of the public resentment and fear of foreigners would not be such a concern. And anti-immigrant political parties would have much less of a constituency. Thus, stop economically crushing people with bankrupt economics, and many of the social and political problems of xenophobia and populist revolt would diminish.

Imperialist wars and destructive capitalism are the root problems. We’d better deal with them. 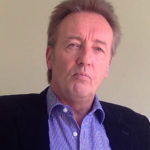