Second Wave of US Sanctions on Iran Starts Today 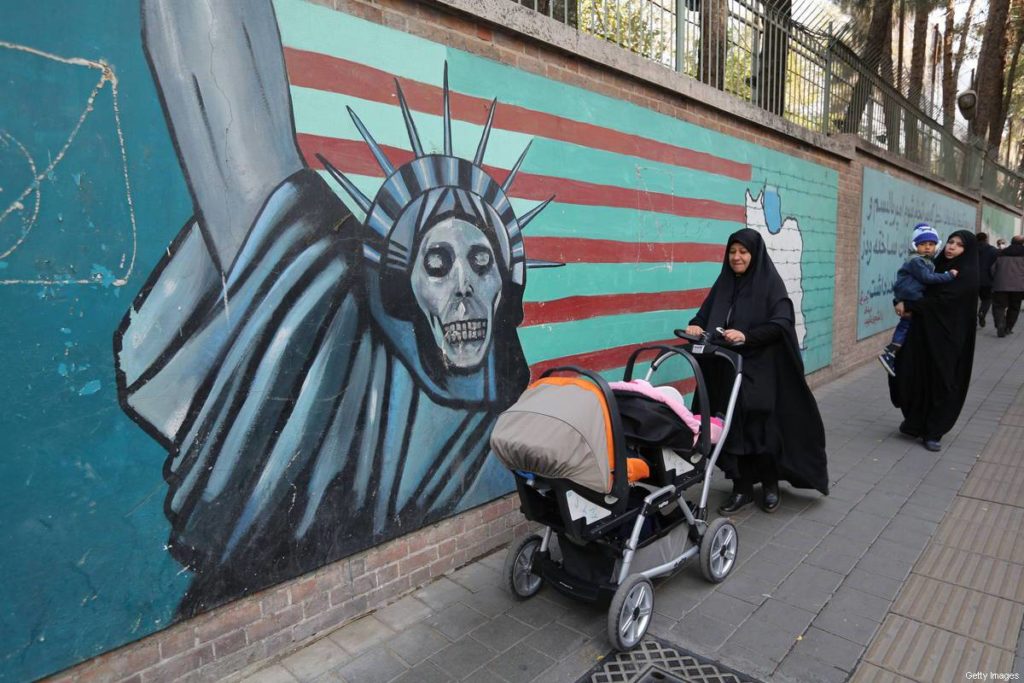 Iranian women walk past landmark graffiti on the walls of the former US embassy in Tehran during a protest on November 4, 2018, marking the anniversary of its storming by student protesters that triggered a hostage crisis in 1979. [ATTA KENARE/AFP/Getty Images]

5 Nov 2018 – The US will reimpose today more sanctions lifted under a 2015 nuclear pact world powers struck with Iran.

The new wave of sanctions, the second since August, will target Iran’s energy, shipbuilding, shipping, and financial sectors.

The US has been trickling out a list of 12 demands Iran must meet if it wants to see sanctions lifted ahead of their reimposition today.

In all, eight countries will receive temporary waivers to allow them to continue importing Iranian oil after the penalties take effect.

The European Union is not one of the recipients, according to Pompeo who said those who receive waivers “have made important moves towards getting to zero crude oil importation.”

Two of the countries have agreed to reduce imports to zero while six others “will import at greatly reduced levels,” according to the US announcement on Friday.

“These negotiations are still ongoing,” said US Secretary of State Mike Pompeo.

The US expects to have reduced Iranian oil exports by more than 1 million barrels even before Monday’s tranche of economic penalties.

Read: Iranian marchers chant ‘Death to America’ on eve of US oil sanctions

In all, 700 Iranian entities will be added to sanctions lists, according to Treasury Secretary Steven Mnuchin.

More than half, or about 400, will have had their designations lifted as part of the 2015 Joint Comprehensive Plan of Action while roughly 300 will be new designations.

US President Donald Trump unilaterally withdrew Washington from the pact in May despite objections from close allies in Europe.

All of the other signatories – China, the European Union, France, Germany, Iran, Russia, and the United Kingdom – have remained in the deal despite the U.S. action.

The accord provided Iran with billions of dollars in relief from international sanctions in exchange for sweeping curbs on and inspections of its nuclear program.

On Friday, the EU, Germany, Britain and France said in a joint statement that they “deeply regret the further reimposition of sanctions by the United States”.

On late Friday, Turkey’s Energy and Natural Resources Minister Fatih Donmez said they have information that the US will grant Turkey a waiver to continue importing oil from Iran after sanctions, but they don’t have all the details yet. 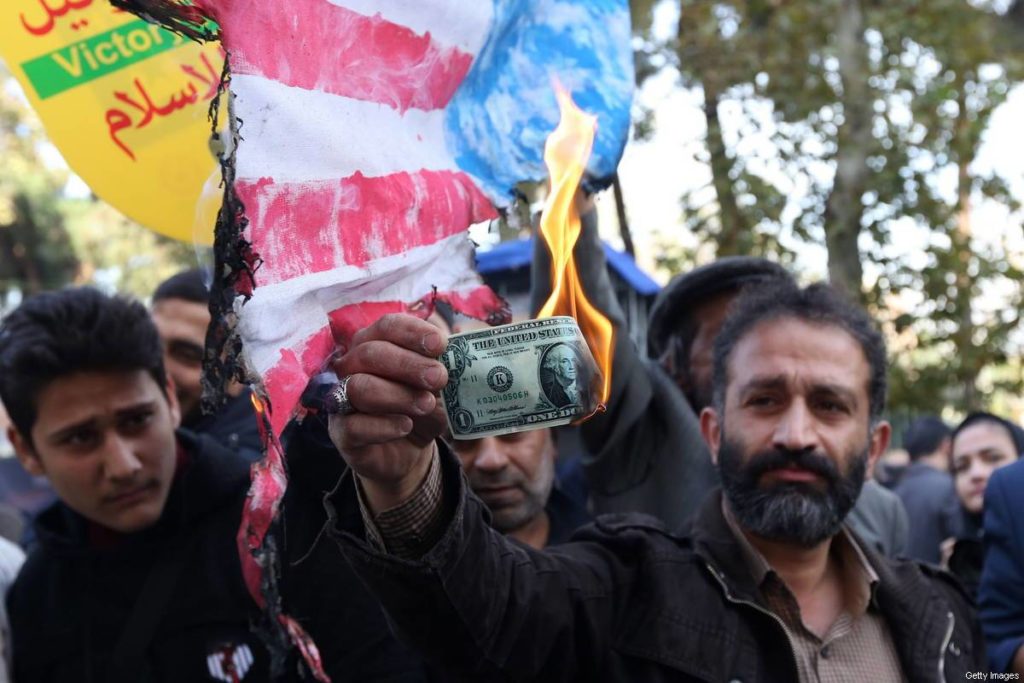 On the eve of renewed sanctions by Washington, an Iranian protester burns a dollar banknote during a demonstration outside the former US embassy in the Iranian capital Tehran on November 4, 2018, marking the anniversary of its storming by student protesters that triggered a hostage crisis in 1979. [ATTA KENARE/AFP/Getty Images]