COP24: What to Expect

3 Dec 2018 – Representatives of almost all the countries on the planet are gathering in Katowice, Poland [3-14 Dec], for the 24th Conference of the Parties (COP24) of the UN Framework Convention on Climate Change (UNFCCC). They will set the course for action on climate change by discussing the implementation plan for the 2015 Paris Agreement which aims to coordinate international effort to halt warming at 1.5°C.

The COPs receive significant media attention and, sometimes, even notable public interest. They take place every year as an opportunity for countries to collectively assess progress on dealing with climate change.

In 2018 the negotiations kick off barely two months after a report by the UN’s Intergovernmental Panel on Climate Change (IPCC) warned that the international community only has a 12-year window to drastically reduce greenhouse gas emissions.

Clearly, 24 years after the first COP there is a deep disconnect between how urgently the world needs effective climate policy and the pace of discussing global mechanisms on how to abate greenhouse gas emissions.

A history of failure

The first COP meetings held in the 1990s led to the creation of the Kyoto Protocol in 1997, which set binding emissions targets for developed countries over two “commitment periods” (2008-2012 and 2013-2020). However, the Kyoto agreement failed as the US did not ratify it and because several inconclusive conferences followed its implementation.

COP15 in Copenhagen in 2009 also failed to yield any agreement on binding commitments for the second commitment period. A few major countries agreed to a short accord recognising the need to limit global temperature rises to 2°C, but there were no substantial guidelines on how to do so.

Similarly, COP19 in Warsaw four years later did not finalise any binding treaty. It only recognised “a flexible ruling” on differentiated responsibilities and loss and damage. In Warsaw, the international community failed to take essential steps for the future. Some even think that the 2013 conference cast some doubt on the capacity of the Polish government to successfully lead COP24 in 2018. 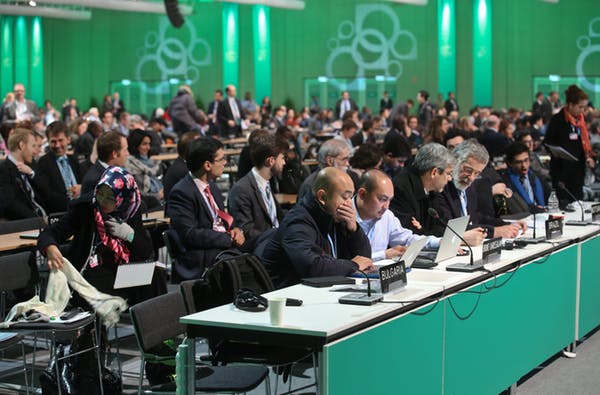 Against this backdrop, COP21 in Paris in 2015 appeared to generate the most optimistic outcome in two decades of international climate negotiations. In Paris, the world leaders agreed on a general action plan that legally binds countries to have their progress tracked by technical experts.

The countries who signed up also agreed on a “global stocktake” – a process for reviewing collective progress towards achieving the long-term goals of the agreement. However, lots of details about the Paris Agreement still have to be nailed down. This is precisely what the international community seeks to do this December in Poland.

The focus of COP24 and the likely outcomes

The major objective for COP24 is to agree upon the so-called Paris “rulebook” – the details of how nations should implement the Paris Agreement and report their progress. Three major areas of political discussion will receive most attention: finance, emission targets, and the role of “big” states.

In 2015, richer countries pledged US$100 billion a year by 2020 for poorer nations to mitigate the effects of climate change. However, the climate funding is still about US$20 billion short. COP24 delegates will need to discuss in more detail on when the rest of the money will be generated before committing to the rulebook.

Perhaps even more importantly, rules for where that money comes from, and particularly whether international loans are acceptable, still have to be agreed on. Because finance is closely linked to issues of justice and fairness in the international system, it is unlikely that this discussion will lead to more generous levels of climate aid – although there is space for improvement, and some past conferences have actually provided small but significant advances on this front.

COP24 also needs to set some form of flexible yet comparable rules that will govern the Paris Agreement. One groundbreaking feature of the Paris Agreement is that all parties agreed to commit to national contributions to climate action. In other words, the agreement is based on a bottom-up process in which countries largely determine their own contributions, and then act upon them.

This COP may settle on some basic strategies for verifying climate actions, but it is very unlikely that the international community will agree on any mechanisms for delivering sanctions to states that do not meet their targets, because of the high sensitivity towards financial costs for non-abatement.

The role of ‘big’ states

Finally, while “small” countries will have an important role to play at the negotiations as usual, there are several question marks around the large countries that need to bear a lot of the efforts to curb greenhouse gas emissions.

It will not help that President Donald Trump, who intends to withdraw the US from the Paris Agreement, decided in 2017 to cancel climate funding for poor nations. The US position at COP24 will also affect China and India, which are likely to continue disagreeing with rich countries on some fundamental issues. Additionally, the domestic politics of Russia and Brazil point to more uncertainty for cooperation. 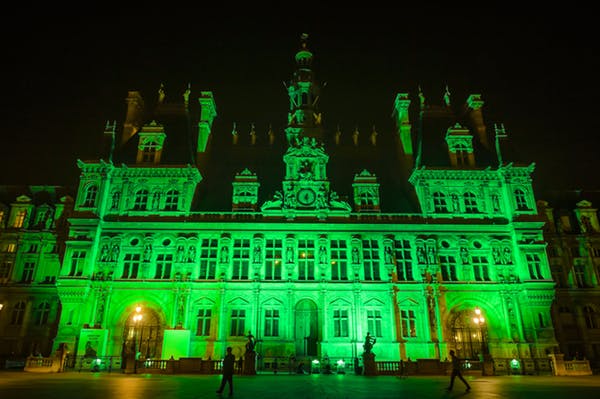 Paris City Hall is illuminated in green on June 1 2017 to mark disapproval at President Donald Trump’s decision to withdraw the US from the Paris Agreement. Christophe Petit Tesson/EPA.

Looking ahead from COP24

The urgency to reach key milestones in the Paris Agreement and deal with climate change puts a lot of high expectations on COP24. Unfortunately, many challenges stand ahead of international climate cooperation.

Approaching the negotiations with the right level of reason and determination will be critical to manage expectations and avoid any media “hysteria”, as media coverage can hurt the climate talks by shifting attention from the policy issues to unproductive discussions of whether climate change is influenced by humans.

For a credible and valid rulebook, we need frank conversations about energy transition and compensating the “losers” of climate policies, such as people working in high-emission sectors.

There might be the opportunity to do so in Katowice, an industrial hub and coal-mining city. We will see if this COP will highlight the necessary transition from fossil fuel industry to renewable solutions as the negotiations unravel.