About 660 disputes over land have stalled hundreds of projects and forced millions of people from their farms across India, say experts. 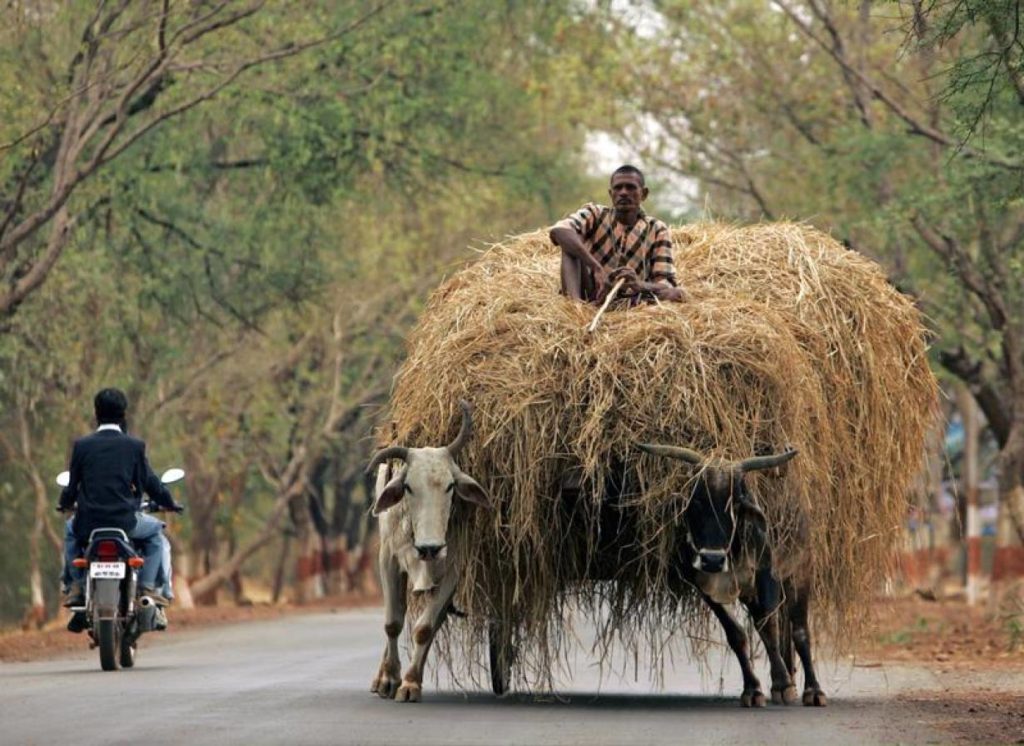 A villager transports fodder on his bullock cart on the outskirts of Raipur, capital of the central Indian state of Chhattisgarh March 10, 2006. REUTERS/Kamal Kishore

26 Dec 2018 – Farmers in the Indian state of Chhattisgarh are getting back land that was taken from them more than a decade ago by the government because it was not used, a rare move in a country riven by conflict over land.

Chief Minister Bhupesh Baghel of the Congress Party, which won a state election earlier this month with pledges to honour land rights, said he has asked officials to return about 2,000 hectares (7.7 square miles) in Bastar district.

“The process of returning the land will start soon,” Baghel said in a statement earlier this week, without giving details.

Return of land is rare in India, where conflicts have risen as highways and factories are built in one of the fastest growing economies in the world.

About 660 disputes over land have stalled hundreds of projects and forced millions of people from their farms across India, according to research organisation Land Conflict Watch.

Chhattisgarh, under the earlier Bharatiya Janata Party (BJP) government, agreed in 2005 to allocate land for a Tata Steel factory in Bastar. Farmers protested giving up their land.

Tata Steel, among the world’s top producers, pulled out of the project in 2016, citing delays.

Authorities said then the land would go into a land bank for other developments to generate jobs in one of India’s poorest states.

“The farmers who lost their land have suffered for years, and struggled to make a living,” said Kishore Narayan, a lawyer with advocacy Human Rights Law Network in Chhattisgarh.

“We hope that the state will look into all cases of lands lying idle and return them,” he told the Thomson Reuters Foundation on Wednesday.

India has enacted numerous laws to protect the rights of farmers.

A 2013 federal land acquisition law, passed by the Congress government, made consent of farmers mandatory, and introduced adequate compensation and resettlement for those affected.

Any unutilised land is to be returned to owners after five years, or go into the state land bank.

In 2016, the Supreme Court ordered West Bengal state to return land that had been acquired for a Tata Motors factory but was not used, after a decade-long fight by farmers.

Last year, South Korean steelmaker POSCO asked Odisha state to take back land allotted to it for a long-delayed steel project and return it to villagers, although authorities said the land will revert to the state.

Also last year, the Supreme Court heard a petition by an advocacy group, which said about 80 percent of land acquired for large industrial zones was lying idle.