Uyghur Dispersion and Detention in China – Worse Than We Thought

New details about the detention of Uyghurs in China expose a ruthless state using inhuman methods – including torture – to wipe out a culture. 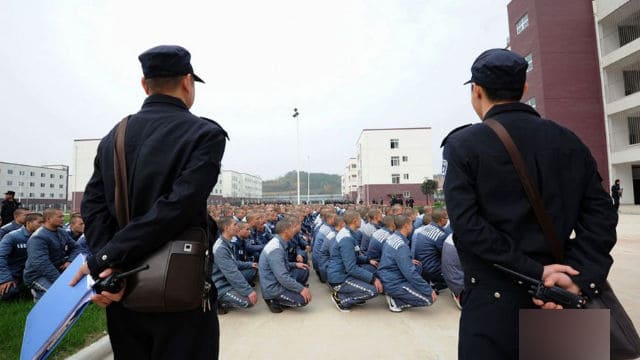 18 Dec 2018 – Yesterday, Bitter Winter reported about the detained ethnic Uyghurs being transferred to prisons in provinces beyond Xinjiang. New details emerging from our continued reporting expose the lengths the Chinese state is going to in its efforts to detain and “re-educate” the population, the use of torture to aid in the re-education, and the determination to keep secret the whole effort.

The Uyghur re-education operation is being exposed as an enormous logistical challenge. As we reported yesterday, the state has had to locate new prison facilities for at least 500,000 Uyghurs previously being held in Xinjiang, in far western China, and then organize transportation to move all of these prisoners to their new homes, sometimes hundreds of miles away. We can report today, however, that the preparation and the execution of this plan involved more work than previously known.

According to a prison guard at a facility intended to receive Uyghur prisoners, managers were first ordered to find new places to house existing prisoners in order to make room for the Uyghurs. Once the prisons were empty, renovation began. Security had to be upgraded, including all ordinary glass in the prison cells being replaced with “anti-riot glass,” and adding redundancy to all physical barriers. The guard reports that one must go through four or five doors, including an electric iron door and an iron gate, to enter the building.

One construction worker told Bitter Winter, “The entire prison building has been renovated. In addition to physical upgrades, secrecy has been tightened. These prisoners are completely isolated from the outside world, and it is impossible for the public to know what is happening in the prison. If everyone inside the prison died, no one would know.”

Preparations for the housing of prisoners extended beyond physical logistics to human resources. According to multiple sources, prison guards have been sent to Xinjiang to learn how to deal with Uyghur inmates. Guards’ education included visits to the “transformation through education” camps where Uyghurs have been held previously. At the camps, guards are trained how to “remake” or “fix” Uyghurs for Chinese society. In total, tens of thousands of prison personnel studied the control tactics of Xinjiang police.

According to one police officer who studied these techniques, some of the methods amount to torture. The officer describes, for example, the use of electric shock to punish those who refuse to admit that they are Chinese. The officer recalls, “(Prisoners) are subjected to severe electric shocks. Some of the electric batons are worn out, so guards use electric gloves to shock them instead. The pain from these gloves is worse than that of electric batons. The batons deliver a shock to the skin, but electric gloves give a shock directly to the nerves. The torture does not stop until prisoners admit they are Chinese. There is also a kind of clothing that we call ‘hedgehog vests.’ This clothing delivers electric shocks that are strong enough to kill. Through daily conditioning by electric shock, prisoners are forced to say things like ‘I’m Chinese; I love my country’ and ‘The Communist Party is good.’ Some prisoners are over 70 years old. If they are disobedient, they will be beaten. They are forced to shout slogans and sing the national anthem and Communist songs.”

A guard at a different prison told our reporter, “Prisoners must wear handcuffs and shackles even when sleeping. Their hands must always be visible, to avoid prisoners making prayer-like motions while in bed. They aren’t allowed to speak the Uyghur language, and must study Mandarin. If they can’t speak Mandarin, they will be beaten, insulted and shocked with electric batons.”

The guard told our reporter that prisoners are told to sit motionless, and that officers are posted to watch the inmates to make sure they don’t move. The reporter asked: Are they required to remain completely motionless? The prison guard replied: “Yes. That, too, is a form of punishment. Even if they develop sores on their buttocks, they still have to remain in a sitting position.”

The combination of harsh treatment and extreme secrecy worried some of our sources most. One prison guard said spontaneously, “It seems that the Communist Party wants to wipe out this (ethnic) group.” Another source lamented, “Given the current detention methods and secrecy measures, all these prisoners could be executed and no one would know. This is even worse than the concentration camps in Xinjiang. Perhaps the Party will simply ‘get rid’ of this generation of Uyghurs and then ‘transform’ the next generation? I don’t dare to think about it.”