Why Does the World Store Nuclear Waste and Not Just Shoot It into the Sun or Deep Space? 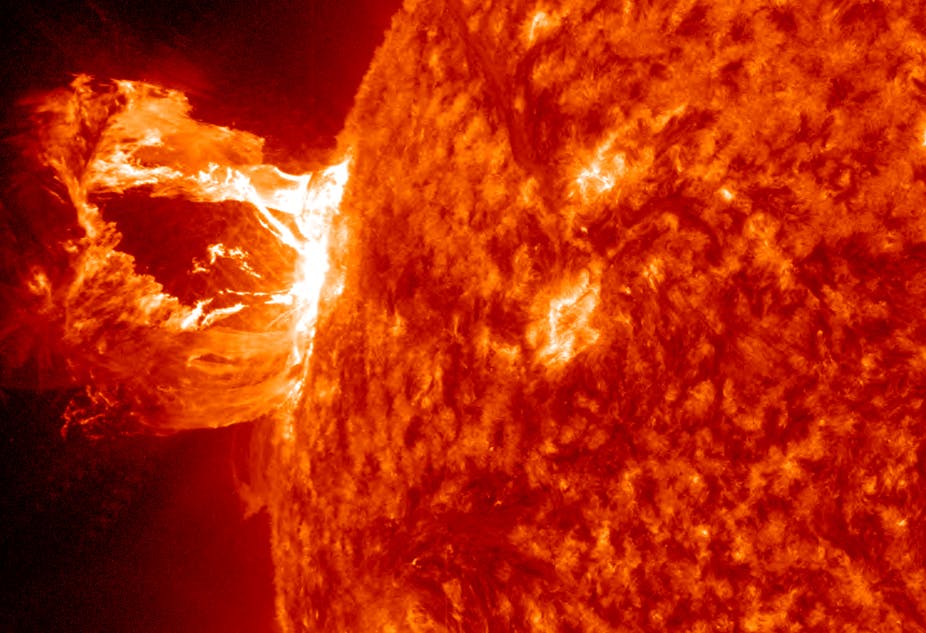 It would be nice to blast dangerous nuclear waste far away from Earth, or into the Sun where it won’t cause any harm. However, it’s not as simple as it sounds.
NASA, CC BY-SA

23 Dec 2018 – This is an article from Curious Kids, a series for children. You can send your question to curiouskids@theconversation.edu.au. You might also like the podcast Imagine This, a co-production between ABC KIDS listen and The Conversation, based on Curious Kids.

Why does the world store nuclear waste and just not shoot it into the Sun or deep space? – Jason, age 16, Mackay, Queensland.

Hi Jason. Thanks for the question. I research space junk, so I have also spent some time thinking about what we blast into space and where it ends up.

It would be nice to send dangerous nuclear waste far away from Earth where it won’t cause any harm. However, it’s not as simple as it sounds.

What is nuclear waste?

Nuclear waste is what’s left over after nuclear fuel has been used in a reactor. Many countries across the world use nuclear reactors to make electricity for homes and industries.

The energy is made by fission, which is when an atom breaks apart. The problem is that some of the waste – called high-level waste – is very radioactive. It releases particles that can make people, animals and plants sick. It also lasts for thousands of years.

High-level waste is only 3% of all the nuclear waste produced. A lot of it is recycled, which reduces its radioactivity. This leaves the problem of what to do with the rest.

At the moment, high-level waste is stored on Earth. Usually it is isolated in water, glass or concrete to prevent the particles escaping. The containers are buried, but they have to be somewhere where earthquakes don’t happen, and terrorists can’t dig them up.

We wouldn’t have to worry about this if we could send the waste to the Sun, where it will disintegrate. But there are a few reasons we don’t do this.

One is that this is very, very expensive. When the Parker Solar Probe was sent to take measurements of the Sun this year, it cost US$1.5 billion just for a spacecraft the size of a small car to get that far.

It seems simple to shoot an object towards something as big as the Sun – which is 1.3 million times the size of Earth. But it’s actually very hard. The Parker Solar Probe (a NASA robotic spacecraft en route to investigate the outer corona of the Sun) has to swing past the planet Venus seven times to slow itself down enough to get close to the Sun.

The other reason is that rockets sometimes blow up on the launch pad, or in the atmosphere. This would release the waste into the environment and make the problem even worse.

What about deep space?

You also asked about deep space, and it’s a good question. Why don’t we just send nuclear waste away from the Sun, into the outer solar system?

Well, there is a risk the waste storage spacecraft could go off course and crash into a planet, moon or asteroid. Some places may have life we haven’t discovered yet, like Mars and Europa (which is one of Jupiter’s moons).

Even if the waste is safely sealed in a container, there is a risk it could end up polluting other planets. It may pose a danger to us or other life forms. The life forms might be just microbes, but we still have an ethical responsibility not to harm them.

Of course, there are already nuclear-powered spacecraft out there. They use an RTG (a type of generator called a Radioisotope Thermoelectric Generator). In the film The Martian, astronaut Mark Watney (played by Matt Damon) digs up an RTG to keep him warm in the freezing temperatures.

In reality, the RTG container is very safe and would not be dangerous.

At the end of the day, the problem is that no one on Earth wants nuclear waste stored near them, and it’s not safe or cost-effective to blast it into space.