Why Henry David Thoreau Was Drawn to Yoga

The famed author headed to the pond thanks to Indian philosophy. 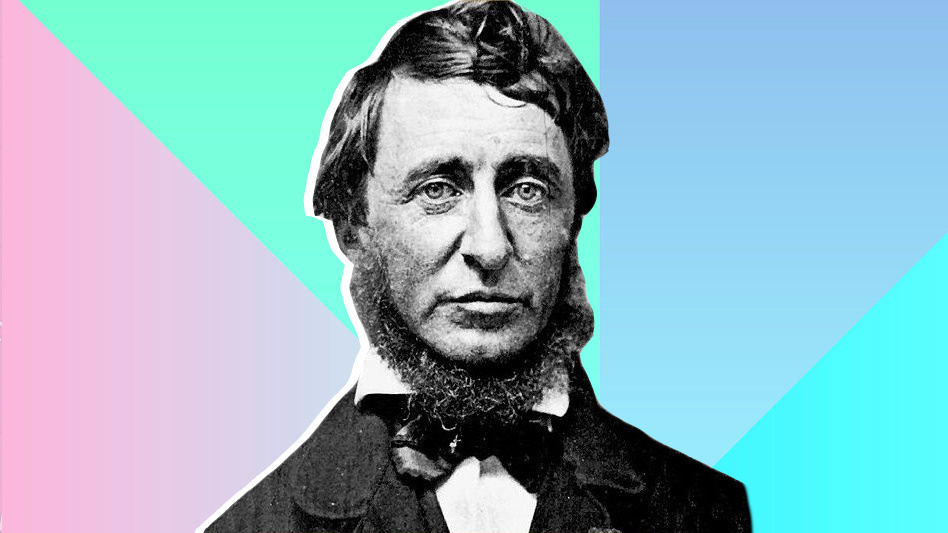 20 Nov 2018 – Though yoga today is associated with expensive leggings and an infestation of Instagram selfies, the philosophical underpinnings have long predated the physical asana practice. In fact, the first century of yoga in America had little to do with postures, but the cognitive and emotional flexibility needed to criticize one’s society and try to make it better through ancient philosophical ideology.

Such was the case of Henry David Thoreau, as a colleague and friend of mine, Natalia Petrzela, recently wrote about in the Washington Post. While her piece focused on the longstanding political aspects of yoga, one of my editors here at Big Think raised an eyebrow at this sentence:

Nineteenth-century transcendentalist Henry David Thoreau was drawn to yoga and Hinduism as forms of resistance to mainstream market capitalism.

We all know about his self-imposed exile on Walden Pond (even though it was walking distance back to town). Still, resistance to the growing market economy of nineteenth century New England was part of Thoreau’s philosophical bedrock. Credit his friend’s father, William Emerson, whose early fascination with the literature of India led to his published translations of Sanskrit texts in 1805. As Thoreau stated after reading the text, Manusmirti,

I cannot read a single word of the Hindoos without being elevated.

Ralph Waldo Emerson and Thoreau shared a love for the ideas behind works like the Bhagavad Gita, incorporating symbols and metaphors into their own transcendental and nature-based writings—and leading to his time on Walden Pond. They were witnessing a widening rift between technology and the soil and trees around them, and used Indian mythologies as guiding principles informing their own form of revolt.

Yoga continued to influence thinkers, such as Madame Blavatsky, founder of the Theosophical Society, who integrated Hindu and Buddhist texts with Christian mysticism, Kabbalah and Sufi philosophies. In works such as Isis Unveiled and The Secret Doctrine she speculated on the yogic underpinnings of men like Jesus and Mohammed, showing how various forms of mysticism from any culture could be related on a common ground—similar to the work of Evelyn Underhill, who was born the year the foundation was founded.

The first citing of a more physical yoga in the West, however, is due to Swami Vivekananda, who at the World’s Parliament of Religions in 1893 gave a lecture and demonstration that made him a conference highlight. During the talk he spoke of the easy distractions of the Western world, and how the inability to focus on one thing at a time, as well as a disconnection from the body has created excess amounts of anxiety not only in the people themselves, but also in the rest of the world. Ironically, Vivekananda was considered a vagrant in the city, adorned in a simple robe and sandals and begging for money, which was how he funded his trip to America.

Twenty-five years later an Englishman who had been living in India since 1890 produced what would become the first comprehensive yoga book for Westerners. Sir John Woodroffe published all of his works on Indology under the pseudonym Arthur Avalon, and with the dispersion of The Serpent Power: The Secrets of Tantric and Shaktic Yoga, audiences in Europe and America were exposed to the foundation of this “ancient” practice. He too was enraptured by the transcendental teachings, writing:

Yogis are not concerned with the ‘heaven world,’ but seek to surpass it; otherwise they are not Yogis at all.

Today we treat yoga as we do other New Age fodder, but at the turn of the twentieth century it was being attacked in the media and at churches. Perhaps not strangely, it had to do with immigration. Between 1870 and 1900, a million immigrants came America; the following decade saw another one million gain entry annually. Brightly clad, long-bearded men with matted hair and dark complexions speaking about the inherent unity of all creatures were dangerous to the Victorian ideologies in vogue. 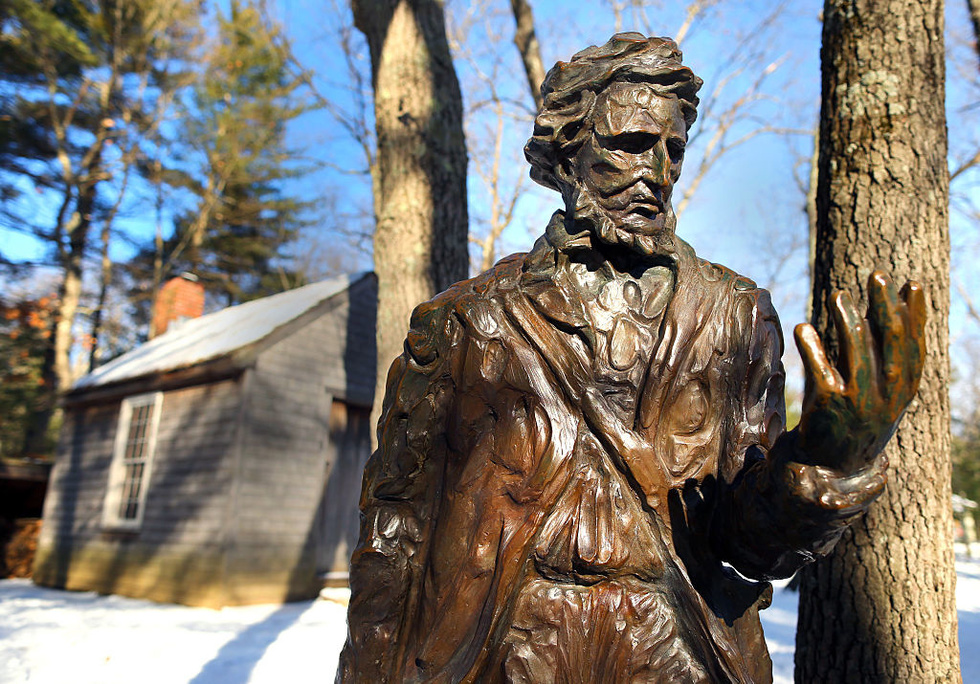 A statue of Henry David Thoreau in front of a reproduction of his cabin at the Walden Pond Reservation in Concord, Mass., on Jan. 20, 2016.
(Photo by John Tlumacki/The Boston Globe via Getty Images)

The American media, proficient at creating controversies where none exist, concocted tales about “white slavery” as daughters were being abducted by these sage-demons in disguise. Congress jumped aboard in 1910 by passing the Mann Act (aka the White Slavery Act), which dissuaded would-be abductors. By 1912 the government was promising the public that they were doing everything possible to stop the spread of these “Orientalist religions.” Not surprisingly, some of the many targets of publishing magnate William Randolph Hearst were yogis.

Following the Great Depression things started easing up, especially as it found a poster boy in Theos Barnard. He was introduced to yoga after a near-fatal illness had sent him to a family friend who happened to be an Indian sage. After returning from an overseas trip in 1937, he published two books, Heaven Lies Within Us and Penthouse of the Gods, dedicating the rest of his life to the path of yoga and philosophy. His uncle, Pierre Bernard, had already founded the New York Sanskrit College in Manhattan, and these two men, while occasionally hassled by the police, gained a loyal following.

Yoga has kept evolving with the times. In the nineteen-fifties India’s Prime Minister, Jawarharlal Nehru, denied accusations that his nation was supplying yogis to Russia to help instruct astronauts in how to breathe more easily in outer space. This was the same decade that famed teacher BKS Iyengar embarked on his first overseas trip and journalists like Hartford Courant columnist Jack Zaiman exposed the beneficial aspects of yoga to the public. Yoga pivoted from the love-cult stigma into YMCAs and YWCAs.

Though yoga is today fully under the spell of capitalism, with many instructors more concerned with Instagram followers and monetizing the workout, it remains, for some, an honest investigation of oneself and their place in the world. In a society dominated by the distraction created in the attention economy, yoga offers a pause in an otherwise relentless world. Two centuries ago, Thoreau recognized its benefits when writing of his yoga practice,

This was not time subtracted from my life, but so much over and above my usual allowance. I realized what the Orientals meant by contemplation and the forsaking of works.

Derek Beres is a multi-faceted media expert and group fitness instructor based in Los Angeles. He is the director of content for RChain Cooperative, a veteran instructor at Equinox Fitness, a columnist for Big Think and the music expert for 24 Hour Fitness.