Like many journalists from Northern Uganda, Gloria Lakers peace reporting approach is believed to have partly contributed to the current peace in the region. She holds a Bachelor’s Degree in Journalism and Mass Communication from the Ndejje University in Uganda. 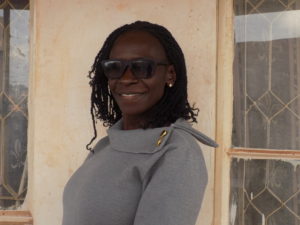 Yes, I did cover one of the most brutal wars in the history of Africa, the Lord’s Resistance Army insurgency, which took over two decades in northern Uganda, my place of birth.

I witnessed war and violence from a tender age, yet seeing less media coverage of the war and conflict made me become a war and peace reporter. Because of painful experiences, the memories are still alive in me.

As a young motivated journalist, my journey to peace media started at the peak of the LRA insurgency at the age of 22 and my peasant parents inspired me as well into journalism because of their love for current affairs. Back in the days, they carried a small analogue radio wherever they went, with a radio in the garden, when milking cows, cooking or resting under compound tree or sitting around bond fire in the evening.  There was always a radio next to them.

Time came when the rebels had become ruthless in their operations shutting down almost all social services. The streets of Gulu town at the time were full of mothers and their children clinging to them, sleeping on verandas, in tents at public ground, town buildings, Bus stations, and suburb to escape rebel night abductions.

Deaths or abductions waited whoever risked living in her original home because It would take a split of a minute for the rebels to ravage a whole home and few hours to finish an attack on a village raiding food or abducting human resource to swell their force and use them as shield during fight with government forces. The rebels were swift and tactful in their raids and abductions.

So my family and I became urban IDPs, sleeping on cold verandah in town buildings for fear of abduction with the increase in LRA atrocities. We lived in a maize mill house, built only with iron sheet wall and roof. A machine house full of grease not fit for human habitation, bringing an end to our beautiful upbringing in a large family compound.

So every evening after cooking the only meal of the day, we would join what was called ‘night commuting’   Every daybreak,’ would find my siblings and mum with our beddings back to Cereleno suburb as I head to the news room where I bath in the office bathroom dress and wait for editorial meetings, that was life I was facing the more I wanted someone to hear out my story and in a way it was molding me to becoming a peace journalist.

There were days Mum simply boiled for us greens like boo, a local vegetable, spiced with salt, to eat; we would supplement with water and sleep. 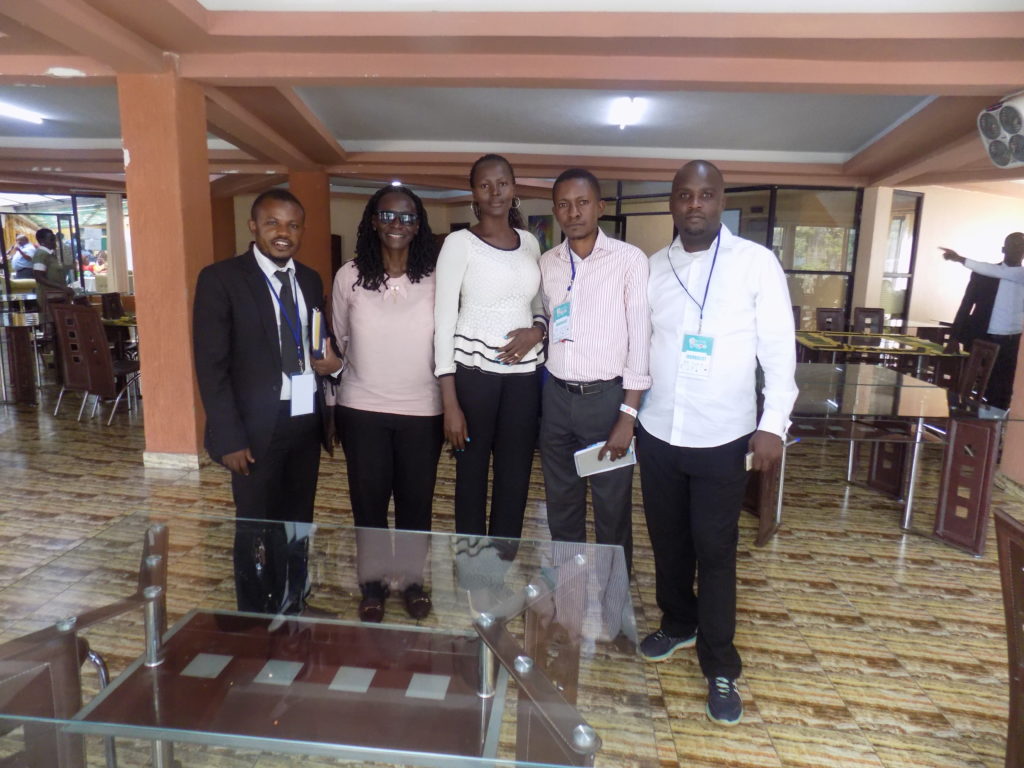 From War to Peace Reporting

However, in 1999, my writing style and interest changed course to peace reporting after attending a peace building seminar organized by the Gulu based, Human Rights Focus, opening my eyes to see war reporting from a different perspective. I realized that I was informing the world about the atrocities in my region without giving room for dialogue. I also realized I could do more than just reporting on the atrocities.

One day I sat down and asked myself, “Will the situation remain like this forever? What can I do differently as a journalist?” Wind of change drew my attention to swiftly change course by choosing words carefully and angling my reports with consideration for peace issues. Later, I noticed that the audience built even more trust in my stories because peace was a subject close to their hearts. I still reported without compromising the principles of good journalism.

It was a personal decision I had to make using my pen, paper and voice to tone down the heat and give peace messages a front seat in my writing. My spirit felt tired and my soul couldn’t take it anymore. I too longed for peace.

Looking back, one other things that coined me to peace journalism was when as journalists we got too excited and reported stories without thinking of the consequences of our reports on innocent people, though there were other factors like political propaganda, Diasporas support to the rebels, opportunist who used the war to accumulate wealth and the rebels’ choice of using captives as shield and child-soldiers to fight.

So to me, bad journalism took the front seat when the war just began with some high level of unprofessionalism, exaggerations, misreporting, unbalanced stories and alarming news headlines. But even then, the media played a critical role in the return of peace and that became my priority as a peace journalists to report stories of war in a ways that can make peace possible, which to me became an exciting shift to peace journalism, and this was after war reporting had become my beat and I was well known for it. 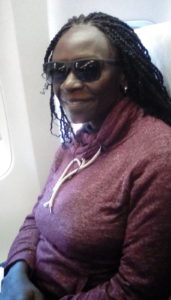 As female, I may bear a sweet smile now but my past experiences are dreadful. I faced numerous challenges in   a male dominated field and in balancing war stories; a lot of risks were involved. Imagine sitting inside a mamba and under the chairs are bombs and hand grenades etc. I endured abuses and discouragement, imagine someone telling me, “Laker you are a very beautiful girl. Go and get married,” some sources would suggest.

So to be a successful female journalist in Uganda or even reporting about war, you must prepare to face the world against you because name calling, intimidation, sexual advances will be the pleasure of ungrateful audiences. In some cases, I was verbally tagged to men I didn’t even meet or share a table with

Hard as it was, I remained determined and focused on my job. Always as a peaceful warrior I have been, I noticed their weaknesses and stood my ground armed with just my camera, recorder, pen and paper to counter every bad labeling against me and I made it.

After realizing the positive media contribution to current peace in my birth place northern Uganda and the negative roles the media played in fueling the 1994 Rwandan Genocide and the 2008 election violence in Kenya, I saw the need to establish a peace journalism foundation for East Africa in 2011 and use it to prevent media induced violence in the community.

Here we train and mentor journalists to report in ways that can engage parties to dialogue and give peace makers a chance while bringing out the voices of the vulnerable, reporting which des not only write about negative but also development in communities.

Our urgent need is to be able to:

Uganda’s Gloria Laker Aciro Adiiki is a writer, a peace journalism trainer and former war and peace reporter on the northern Uganda LRA conflict becoming the 3rd female Ugandan journalists to have covered the LRA war. She currently manages the Uganda Refugee Online news (RON) https://refugeeonlinews.wordpress.com/, working with exiled journalists from Democratic Republic of Congo, South Sudan, Burundi and Somali exiled and living in Uganda. Laker heads the Peace Journalism Foundation of East Africa https://refugeeonlinews.wordpress.com/ – www.pjfeastafrica.wordpress.com. She has used her peace reporting experience to mentor young broadcasts, print and social media journalists in East Africa on using peace journalism approach in reporting conflicts. She has also mentored Turkish journalists on peaceful reporting of Syrian refugees. Gloria is a 2008 BBC award winner of ‘communicating Justice’ Radio project in Uganda. She has worked in collaboration with Park University in America and Rongo University in Western Kenya

Anticopyright: Editorials and articles originated on TMS may be freely reprinted, disseminated, translated and used as background material, provided an acknowledgement and link to the source, TMS: Peace Journalism in Africa—A Profile, is included. Thank you.

One Response to “Peace Journalism in Africa—A Profile”