The Maduro Government Is Not Illegitimate 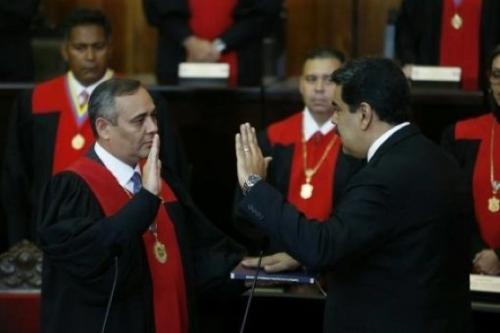 28 Jan 2019 – Why illegitimate? Have those who claim that Nicolas Maduro is a dictator, a usurper and that the 2019-2025 presidential period lacks legitimacy asked themselves this question? Or do they just repeat what they hear?

It was the 12 countries gathered in Lima that began to position this opinion matrix. Their communiqué reads:

“…the electoral process carried out in Venezuela on May 20, 2018 lacks legitimacy because it did not include the participation of all Venezuelan political actors, nor the presence of independent international observers, nor the necessary international guarantees and standards for a free, fair and transparent process.”

The leaders of the Venezuelan opposition, we refer to the non-democratic one, tirelessly repeat, and of course without arguments, that Maduro is a usurper.

In an act of desperation, the Vice President of the United States himself, Mike Pence, when forced to personally call out the opposition march for January 23, due to the incompetence of the opposition leadership, insisted and repeated that President Nicolas Maduro is a usurper and illegitimate dictator.

The strategy is clear: to repeat the lie a thousand times in order to turn it into truth.

Let us dismantle the lie:

The presidential elections of May 20, 2018 were free, transparent, reliable, secure and in accordance with the Constitution and the laws despite the anti-democratic call for abstention on the part of one sector of the opposition.

It is others who seek to usurp the office of President of the Republic with the argument of a supposed power vacuum, a figure that is not contemplated in our Constitution and the establishment of a “transitional government”, a figure also not contemplated in the Magna Carta. And as if that were not enough, they intend to exercise power outside our borders in violation of Article 18 of the Constitution, which establishes that Caracas is the seat of public power.

Things being as they are, the usurpers, those who are illegitimate and anti-democratic, are others. It is illegitimate and constitutes an attempted usurpation that some sectors of the opposition are trying to sustain themselves with the support of foreign actors coming from imperialist governments to exercise an authority that neither the people nor the Constitution gives them.

Let us repeat these truths a thousand times.

Translated for ALAI by Jordan Bishop