The commission found serious human rights violations that may constitute crimes against humanity and called on Israel to “Lift the blockade on Gaza with immediate effect.” 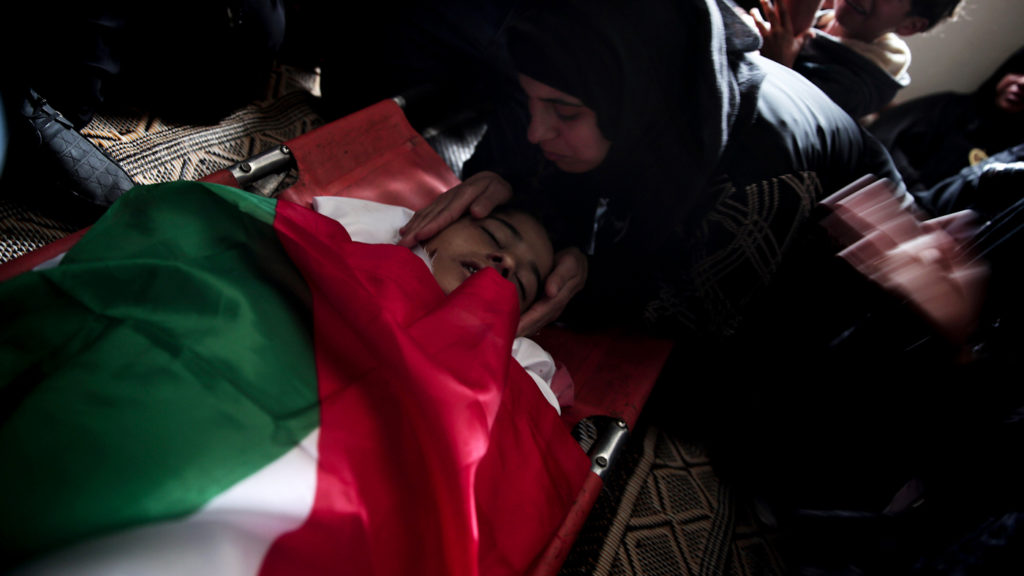 A relative reacts to the lifeless body 15-year old Palestinian boy, Azzam Hillal (Owidah), at the family home during his funeral in Khan Younis, southern Gaza Strip, April 28, 2018. The Palestinian Health Ministry in Gaza says a boy has died a day after being shot in the head by Israeli soldiers. Khalil Hamra | AP

The 22-page document has been condemned by the Israeli government, as there is talk of Israel being brought to the International Court of Justice and tried for war crimes and violations of International Law against demonstrations that “were civilian in nature”. 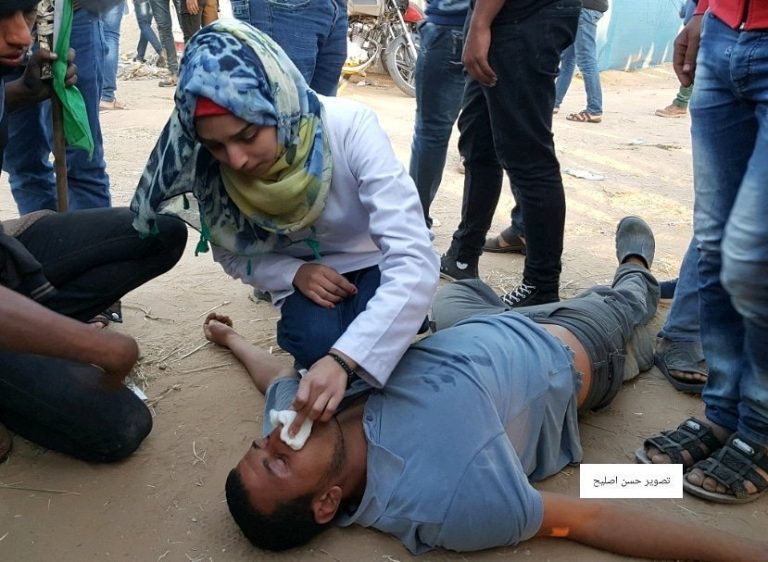 Here are the most important points concluded in the report:

The commission found serious human rights violations that may constitute crimes against humanity and called on Israel to “Lift the blockade on Gaza with immediate effect.

The often repeated Israeli claims of the protests being inspired and organized by “Hamas terrorists”, were also addressed in the report, which stated that the demonstrations were inspired by the internet posts of 34-year-old Palestinian poet and journalist, Ahmed Abu Artema, with the demonstrations being organized by “A higher national committee and 12 subcommittees.”

The report went on to say, that “while the members of the committee held diverse political views, they stated that their unifying element was the principle that the march was to be “fully peaceful from beginning to end” and demonstrators would be unarmed”.

Activities such as the use of incendiary kites, cutting barbed wire or tire burning were organized by “self-declared” units. The report further states “the commission found no evidence to suggest that they were directed or coordinated by armed groups”.

The commission interviewed what it called an international journalist who said, “I have covered wars in Syria, Yemen, Libya. I have never seen anything like this. The slow methodical shooting. It was just shocking…”

The commission also noted that Israel refused to assist with the UN investigation and did not “cooperate or provide information.”

The following is a sample of the cases investigated by the commission. 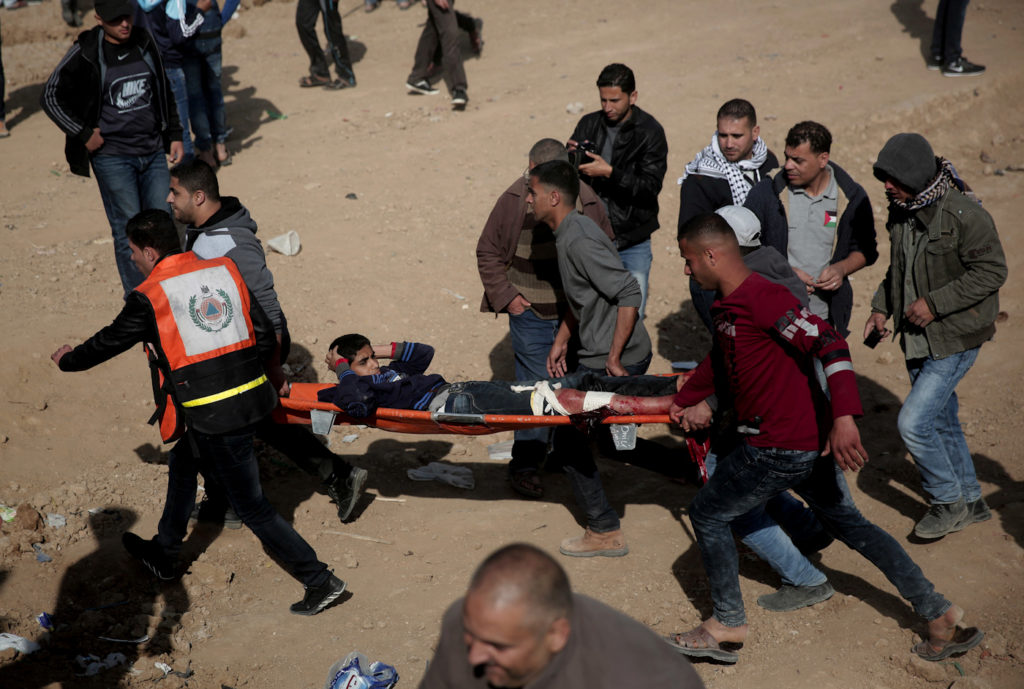 Palestinian protesters carry a wounded youth who was shot by Israeli troops during a March 30, 2018 demonstration on the Gaza Israel border. Khalil Hamra | AP

“Israeli forces shot Mohammad, a student-athlete, in the back of his right leg as he gave onions to demonstrators to relieve tear-gas symptoms, approximately 300 m from the fence. His leg had to be amputated.”

“Israeli forces killed Abed, from Beit Lahia, when they shot him in the back of the head as he ran, carrying a tyre, away from and about 400 m from the separation fence.”

“Bader, from Jabaliya, was killed by Israeli forces when they shot him in the head as he stood smoking a cigarette 300 m from the separation fence.”

“Israeli forces injured a schoolgirl with bullet fragmentation. As she lay on the ground, four men attempted to evacuate her. The forces shot three of them, killing Marwan Qudieh (45) from Khuzaa village and injuring a potato seller and another man in the legs. One of the rescuers had to have a leg amputated.”

“Alaa, a member of the Palestinian cycling team, was shot by Israeli forces in the leg as he stood holding his bicycle, wearing his cycling kit, watching the demonstrations, approximately 300 m from the separation fence. His right leg had to be amputated, ending his cycling career.” 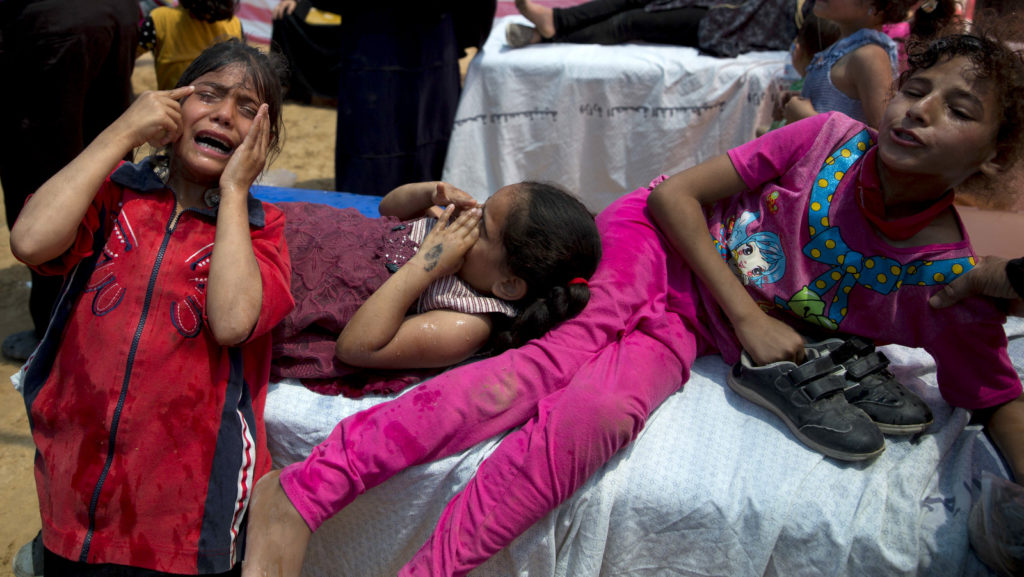 Palestinian children suffering from teargas inhalation recover in a medical tent during a protest near Beit Lahiya, Gaza Strip, May 14, 2018. Dusan Vranic | AP

“Israeli forces shot Mohammad, a naval police officer, in the chest, killing him, as he sat on a hill with a friend, around 500 m from the separation fence.”

“On 29 June, Israeli forces killed Yasser from Khan Younis with a shot to the head as he was hiding with two friends behind a bin, approximately 200 m from the separation fence. The children had been chanting national slogans at Israeli forces.”

“Nasser was from Khan Younis. On 28 September, Israeli forces shot him in the back of the head as he stood 250 m from the separation fence. He died the same day.”

“On 1 June, an Israeli sniper bullet hit Razan, of the Palestinian Medical Relief Society and who at the time was wearing a white paramedic vest and standing with other volunteer paramedics approximately 110 m from the separation fence, in the chest at the Khuzaa site, east of Khan Younis. She died in hospital.”

“On 6 April, Yasser, a journalist from Gaza City, was shot in the lower abdomen by Israeli forces at the Khan Younis site while he was filming the demonstrations for a documentary. He was wearing a blue helmet and a dark blue bulletproof vest clearly marked “Press”. He died the following day.”

“On 17 April, Abed, a schoolboy from the Bureij refugee camp, was shot by Israeli forces while he was playing football near the separation fence. His leg had to be amputated.”

The extended version of the report is set to be released on March 18, 2019. The commission recommended that UN members consider imposing individual sanctions, such as travel bans or an asset freezes on those responsible.

Robert Inlakesh is a journalist, political analyst and human rights activist who specializes in delivering insight into the geopolitical scene of the Middle East, specializing in the political and humanitarian situation in Palestine.