The State University of New York is being sued for refusing to turn over documents about cruel animal experiments. 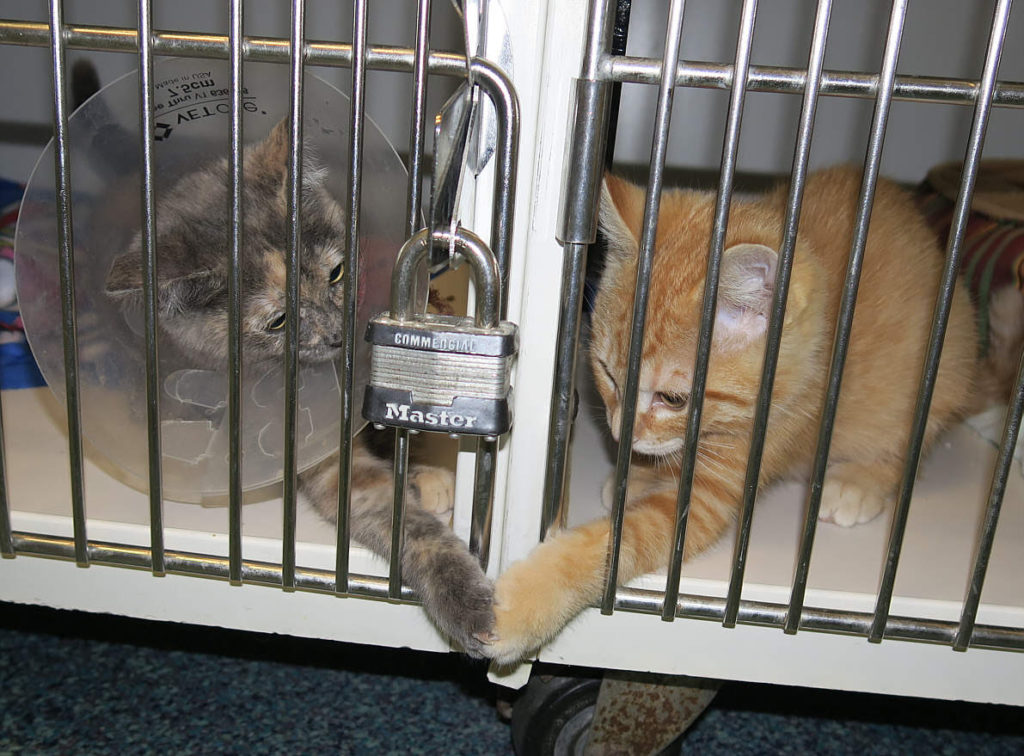 Cruel laboratory: Since 2002, the State University of New York’s College of Optometry has been performing invasive, painful and expensive taxpayer-funded experiments on young cats and kittens. These experiments appear to have produced little of scientific value, but the university is refusing to release documents pertaining to the inhumane research.
(Photo credit: William Haas/Flickr)

4 Apr 2019 – Documents reviewed by the Animal Legal Defense Fund show that since 2002, researchers at the State University of New York’s (SUNY) College of Optometry have been performing invasive, painful and expensive experiments on young cats and kittens. These experiments appear to be of little to no scientific value, and taxpayers have been footing the bill.

What we have learned about these experiments, through public records and published research, is shocking. As Barbara Stagno, the president and executive director of Citizens for Alternatives to Animal Research and Experimentation (CAARE), explained in testimony given to the House of Representatives in April 2018, cats and kittens between the ages of 4 and 12 months old are anesthetized, before having their heads secured into frames. Their eyes are forced open with contact lenses so their eye movements can be tracked. While the cats are still alive, parts of their skulls are removed and electrodes are inserted into their brains. The experiments can take hours or even days to complete.

The stated purpose of these experiments is to learn about a cat’s visual cortex — the part of the cat’s brain that controls vision — with a goal of better understanding human vision disorders, particularly amblyopia, or “lazy eye.” Cats are often used in these types of experiments because they are relatively easy to keep in labs and their neurology has similarity to humans’, but cats receive less protection than some other animals used in experimentation, such as primates.

However, our examination of available documents and published results leads us to the observation that the research has not yet produced much, if any, information useful for human medicine. In fact, the lead researcher said in a 2017 grant application that 30 years of research has only “started to reveal the principles underlying visual cortical topography and their possible functional implications.” In our view, this statement suggests that after three decades, the lead researcher believes these cat experiments are still in their early stages — which could mean many more cats being harmed, and taxpayers paying many millions more dollars. 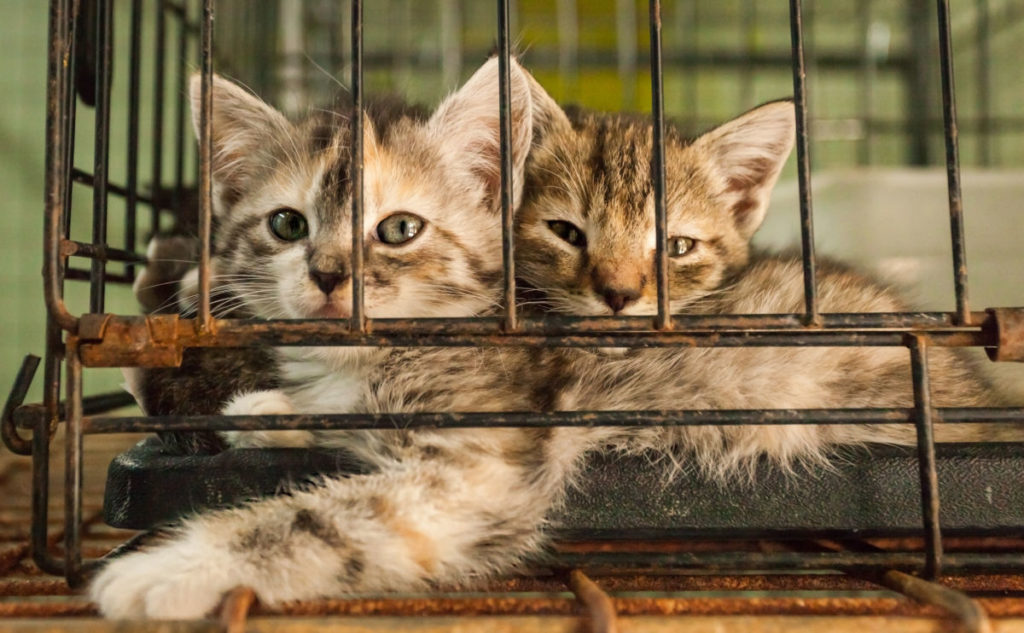 The experiments conducted on the cats appear to be of little to no scientific value, and taxpayers have been footing the bill. Gaik Photos / Getty Images

What is important here is that even with some similarities between human and cat brains, this dearth of useful results is likely at least due in part to differences in human and cat physiology. Moreover, to the extent that knowledge about the cat’s visual cortex may be valuable, brain imaging techniques, such as functional magnetic resonance imaging, offer nonlethal ways of scanning and mapping their brains.

And even if the experiments did produce meaningful results, effective treatments for amblyopia already exist. One example is through the use of high-tech, digital programmable glasses called Amblyz, which were approved by the U.S. Food and Drug Administration in 2014 — and, it should be noted, were developed without animal testing.

These cat experiments began at SUNY’s College of Optometry in 2002, but they originated at Rockefeller University in 1985, before being taken up by SUNY. In other words, this cruel experimentation on cats has been going on for more than three decades. Some 7.95 million taxpayer dollars have been spent on the experiments.

But rather than renounce the experiments, given how little of value the animals’ agony has produced, the principal investigator for the research received an additional grant to incorporate monkeys into his research in 2017. The monkeys have coils inserted into their eyes, and electrodes implanted in their brains.

The lack of compliance with the law means there are many troubling questions that remain: How many cats have been experimented on? What measures are taken to minimize the cats’ pain? How many hours, or days, do the experiments last? Does the SUNY College of Optometry have any metric to determine if the experiments are a success? Will the cat experiments continue indefinitely even if no useful results are ever produced?

The university claims it can’t release the records that would answer these and other questions, because doing so would endanger its researchers’ safety and because this information constitutes “trade secrets.” In other words, SUNY’s College of Optometry wants the benefit of taxpayer funding for these cruel experiments, without the required transparency that comes along with it.

SUNY’s College of Optometry wants the benefit of taxpayer funding for these cruel experiments, without the required transparency that comes along with it.

Last June, my organization, the Animal Legal Defense Fund, filed a lawsuit against SUNY to compel production of the documents in compliance with New York law. The suit was filed on behalf of Citizens for Alternatives to Animal Research and Experimentation, a nonprofit that works toward promoting alternatives to animal testing and protecting animals used in experiments.

Our lawsuit is currently pending in the Supreme Court of the State of New York — New York’s trial court. A hearing is scheduled for May 20, 2019. Before the hearing, we will also be delivering a petition, signed by more than 11,000 animal advocates, to the SUNY College of Optometry. It, too, demands that the relevant records be released.

While transparency obligations may be understandably unpopular with those who must comply, they are not optional.

SUNY’s College of Optometry is compelled under the law to release these records about horrific experiments carried out under its watch on young cats and kittens, experiments that have been going on for years using taxpayer money. The public has the right to know.

Stephen Wells is the executive director of the Animal Legal Defense Fund.

Earth | Food | Life (EFL) explores the critical and often interconnected issues facing the climate/environment, food/agriculture and animal/nature rights, and champions action; specifically, how responsible citizens, voters and consumers can help put society on an ethical path of sustainability that respects the rights of all species who call this planet home. EFL emphasizes the idea that everything is connected, so every decision matters.