The 2016 Coup in Brazil: The Door to Disaster 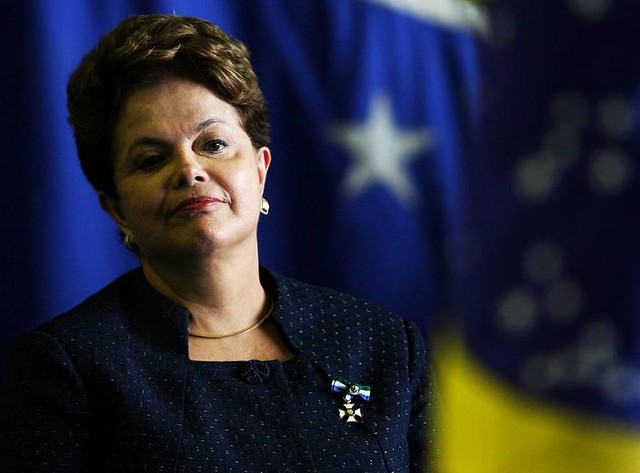 The former Brazilian president was removed from office in proceedings considered a coup by political organizations and analysts. Agência Brasil/Archive

17 Apr 2019 – Three years ago today, Brazil’s lower house, chaired by a congressman who was convicted of corruption, started impeachment proceedings against me, even though there was no crime of responsibility to justify the decision. That congressional vote was one of the most disgraceful moments in Brazilian history. It embarrassed Brazil in front of itself and the world.

The systematic sabotage against my government was a determining factor in disrupting the normal functioning of the institutions. It started back in 2014, when vote recounts were requested days after the election and an impeachment request was filed in March 2015, only three months into my term.

There was a coup plot involved the Congress, the media, sectors of the legal system, and the financial market. They shared interests with the groups that were defeated at the ballot box and operated in sync to make it impossible to govern the country.

The main goal of the coup was to make Brazil follow the neoliberal agenda that had been consecutively defeated at the ballot box in the past four presidential elections. To do so, one of the first actions of those who were interested in a coup was to establish a savage opposition in Congress. Their goal was to hinder the government that had been re-elected just recently, creating a severe fiscal crisis. So they started to push pautas-bomba – bills that create public expenditures – that increased expenses and reduced revenues. They also made sure to systematically stop bills that were crucial for the country’s economic stability. In the first six months of my second term, they filed 15 impeachment requests.

The year 2015 was when this opposition that operated with a “the worse, the better” mentality grew stronger and, insensitive to the grave consequences of their actions for the people and the country, made it impossible to make new public and private investments by imposing instability as the norm. A political crisis of that scale froze the country and plunged it into recession.

That was the sabotage from within the country that made it almost impossible, in that moment, to minimize the impacts of the global crisis that included the fall in commodity prices, China’s slowdown in growth, the dollar hike as a result of the end of the US monetary expansion policy, and the impacts of the drought in the country over electricity costs.

The coup was the starting point of a devastating process that has been going on for three years now. How it unfolded and the episodes that followed it were made possible with the strategic contribution from the punishment-driven justice system, as the Car Wash task force, with the argument of clamping down on corruption, has harmed the 1988 Constitution, affected the rule of law, and imposed the justice of the enemy as the rule.

The relationship between the media and Operation Car Wash has allowed the press to try and convict without due process of law. The political reasoning behind this is focused on destroying and criminalizing the Workers’ Party (PT) – and especially Lula – and, to do that, they leaked wiretaps days before the election, accepted testimonies given under plea-bargain agreements that were not supported by evidence, and disrespected due process and the right of defense.

The collateral damage of this ploy was the obliteration of center and center-right parties, which bowed to the coup-plotting temptation. That is what made it possible to clear the way that was so necessary to allow the Bolsonarist ultra-right to blossom alone in the 2018 election. However, the final and decisive blow was when Lula was convicted, arrested, and barred from running for president, making way for Bolsonaro’s win. Appointing the judge who tried the cases, Sérgio Moro, as Justice minister is the embarrassing proof of that strategy.

That is why what happened three years ago explains and is the cause behind what is happening today. There is more than enough reason for April 17th, 2016 to go down in history as the day of infamy. It was how the debacle started; it started when they halted projects pushed by the PT administrations that had enabled dozens of millions of poor people to really become citizens, with rights and access to public services, formal employment, income, education for their children, doctors, a home, and medicines. They halted programs that were strategic for the defense of the country’s development and sovereignty, projects that had put Brazil among the six richest nations in the world and lifted the country from the United Nations’ shameful hunger map.

The coup resulted in unprecedented social and economic calamity in Brazil, followed by the Bolsonaro’s election. Rights the people have historically accomplished are being annihilated. Civilizing advances achieved in the democratic period after the military dictatorship are being dilapidated. Fundamental victories gained during the PT administrations started to be revoked. This process became even more extreme with a government that is aggressively neoliberal when it comes to the economy and wickedly ultra-conservative when it comes to morals. A government with an unequivocal neofascist character.

The Bolsonaro administration is continuously relying on the big media lie that supported the coup: that Brazil was broke when Michel Temer’s coup plotters took over the government. The media continues to wave around this fabrication of facts and using it venomously to justify the recovery that never came and the jobs that were never created. And they won’t be, as long as the neoliberal agenda lasts. The truth is that Brazil has never been even close to bankruptcy in my administration.

A country is broken only when it cannot pay its external debts. That happened, for example, during the Fernando Henrique Cardoso administration, when Brazil had to resort to the IMF to tackle its foreign debt and lack of reserves. In 2005, president Lula paid the country’s debt with the IMF and our reserves only grew from then on, reaching as high as 380 billion dollars and making us international creditors.

It is a very different scenario, unfortunately, from Argentina today under Macri, subjected once again to the IMF’s preposterous demands.

The media, in its turn, didn’t stop cultivating this myth that the federal government was broke and public spending was out of control. It would only make sense to argue that the federal government was broke if it could not pay its own bill with taxes or incur debts. That didn’t happen in my administration. Brazil continued to levy taxes and issuing debts, maintaining the ability to pay its own bills.

It is noteworthy that the government debt fell steadily every year since 2003 and reached a record low in early 2014, before the “the worse, the better” narrative of the coup plotters. In 2015, while the government debt rose again, it remained below the rates recorded by the biggest developed and developing economies. The problem was never the size of the debt. But its cost, which remains one of the highest in the world, because of the abusive interest rates and spreads Brazil’s financial system adopts. That, incidentally, explains their sky-high profit margins, even during the crisis the country is facing.

The media insists, to this day, that my administration lost control over public spending, which is also not true. The fact is that the tax revenue dropped faster than spending. Spending rose, but not with salary costs, which remained steady. It is worth pointing out that what actually rose was the amounts paid as part of social cash transfer programs – such as the Bolsa Família and retirement pensions –; what rose was the offer of public services to citizens – especially healthcare and education. All these expenses are fundamental to tackle historical injustice, reduce social inequality, and develop the country.

The truth is that government spending has never been out of control. Quite the contrary, it has actually fallen in real terms. What happened was that tax revenues plunged because of the gridlock that an impeachment process sparked in investors, who felt less confident to start new businesses, open new plants, and expand investments, thus depressing the economy and tax revenues.

The Bolsonaro administration is deepening a legacy of setbacks that started in the Temer administration, maintaining and even worsening an absurd spending cap that limits investments in education and healthcare; the labor reform, that opened the doors for more brutal exploitation and leniency towards slavery-like work conditions; the sale of pre-salt field oil fields; the cuts in the conditional cash transfer program Bolsa Família; making the poor ineligible to access the Minha Casa Minha Vida housing projects and the drug assistance program Aqui Tem Farmácia Popular and cutting back on the Mais Médicos program; destroying major education programs; and dilapidating the Amazon and the environment.

Now it culminates with the attempt to privatize (implement an individual capitalization system) the country’s social pension system with the Amendment 6, article 201—A, taking the rules about the pension system out of the Constitution with article 201, which would enable law changes without having to have them approved by three fifths of the Congress. The changes the government is pushing only make the privilege of a few stronger and sacrifice low-income retirees, women, rural and urban workers, as well as those who receive the Benefit of Continued Social Assistance (BPC).

From “the worse, the better” to Lula’s prison, from April 17th, 2016 – kicking off impeachment proceedings in the lower house – to April 7th, 2018 – the day Lula was arrested, the path toward a State of exception has been paved and the lies and falsehoods of the media had a key role in that.

Even those who oppose Lula but value democracy are embarrassed about how scandalous his illegal conviction and imprisonment was, and realize he is a political prisoner. An innocent man convicted without a crime, and therefore with no evidence.

Lula encapsulates the struggle for democracy in our country. Fighting for his complete freedom means facing the whole neo-fascist apparatus – military, legal system, and media – that is destroying democracy. Lula is the voice of resistance and carries the flag of the democratic struggle. Even from prison, he is the biggest enemy of the neofascism that threatens us.

Lula has showed to the Brazilian people, in every gesture that was made public, that it is possible to resist even in the worst conditions. His moral strength strengthens us, his drive encourages us, his integrity makes us fight for his freedom, which also represents democratic liberties for all Brazilians.

Lula is on the right side of history. #FreeLula.  #LulaLivre.

One Response to “The 2016 Coup in Brazil: The Door to Disaster”