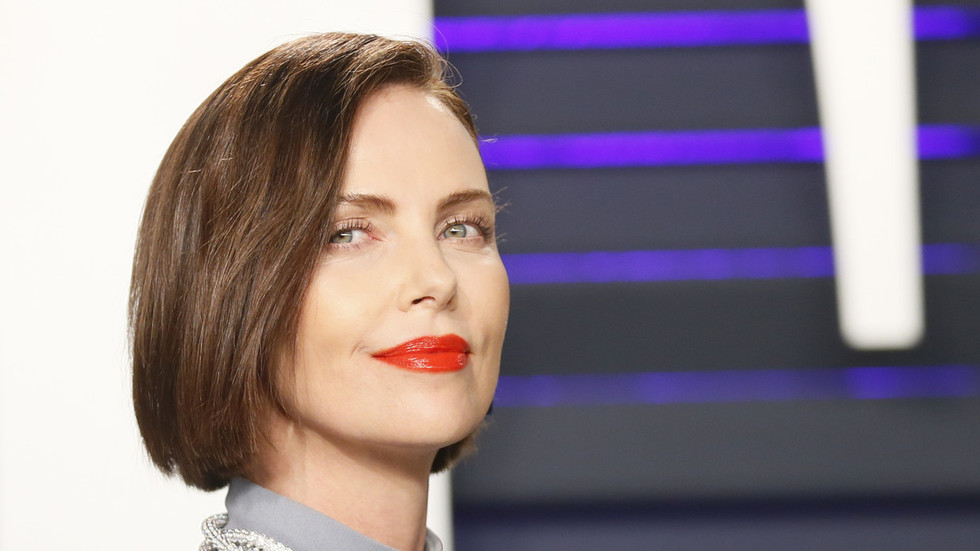 22 Apr 2019 – Actress Charlize Theron has every right to treat her adopted son as female, but there is no shirking from the inherent oddness of the situation, or more importantly, arguments about whether it is the right parenting decision.

The way the Hollywood star explained why Jackson, biologically a seven year-old black boy, had been spotted in flowing dresses in public with his mother, sounded simple to the point of naiveté.

“I thought she was a boy, too,” Theron told the Daily Mail. “Until she looked at me when she was three years old and said, ‘I am not a boy!’” 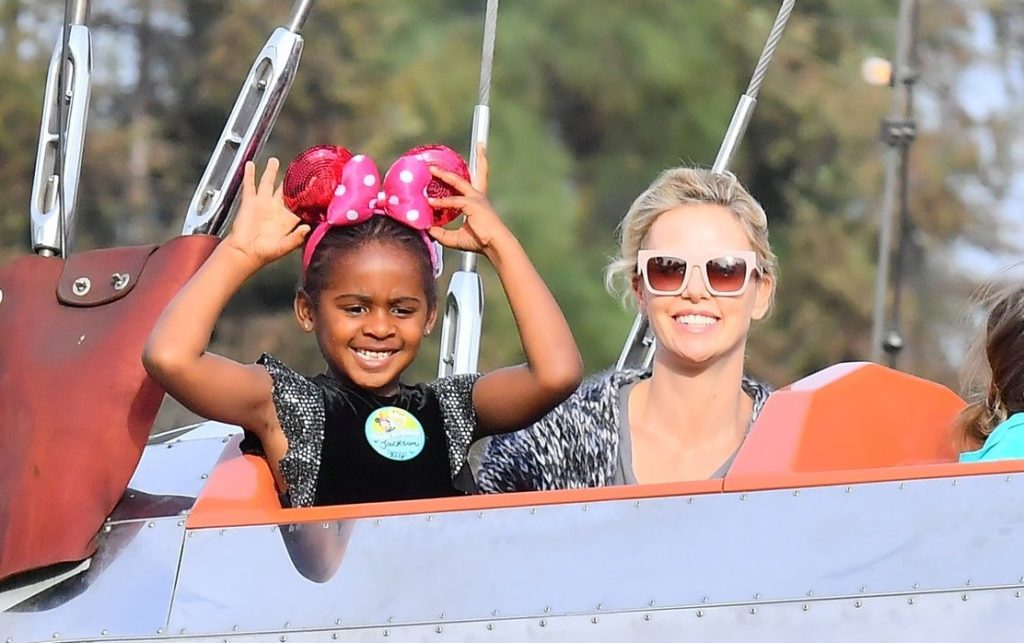 There is something about the childlike straightforwardness of these words that makes you feel like an intrusive idiot for even wanting to ask follow-up questions. Jackson – if that is indeed still her name – knows what she wants, and who are we to tell her not to be a girl, particularly since she doesn’t appear to be doing anyone else any harm.

The Guardian’s dad of the year

Yet even for the most trans-supportive among us there, there is an internal snag that stops us from seeing things quite so unproblematically. The reaction varies from an outright revulsion to a subconscious discomfort or special fascination that is not often acknowledged even to oneself.

It was brought out more explicitly by another story in the media in the past week.

“Transitioning meant that Freddy McConnell finally felt comfortable in his skin. Then he began a quest to conceive and carry his own child,” read the standfirst to the piece in the Guardian, about the “the dad who gave birth.”

Underneath were pictures of a feminine face with the trim of a beard, holding a baby. Further down, the same man was seen with a stomach of a pregnant mother-to-be, and in a video of a yet-to-be-released documentary in which McConnell readies for an ultrasound of his foetus, and pats his stomach, covered in a trail of long black hairs, inside which it is growing. 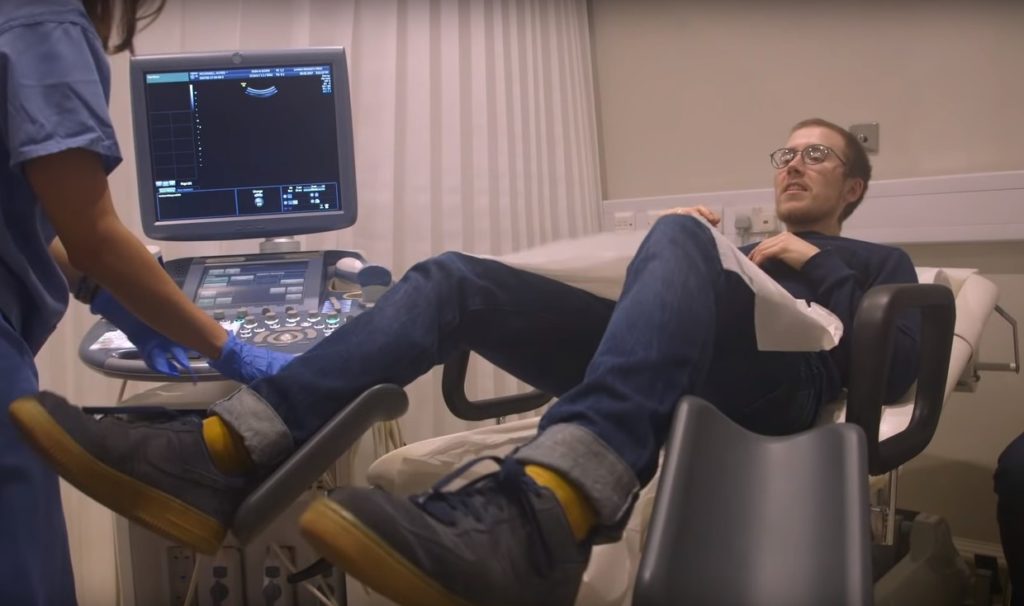 Freddy McConnell gets ready for his fetal ultrasound.
©  YouTube/The Guardian

This is not only strange in the sense that it is rare, but also actively attacks our assumptions nor only about gender but sex. However much we try not to see it, there is something at least unsettling, even grotesque here, and it goes beyond cultural norms alone, and talk of Victorian freaks.

The same effect is present – to a lesser extent – when we observe the little black boy in the dress in Theron’s photographs: she is not simply dressing Jackson in gender-neutral clothes, but explicitly the ones most associated with femininity – tutus, pink dresses, and garish backpacks with Disney princesses. Theron evidently believes there is such a thing as gender, but also that it is an identity that can be adopted and shed at any time. For those who think that there is a more fixed relationship between biological sex and gender, this is unfamiliar, and quite possibly off-putting. Or as those of a more moralistic disposition bent tend to believe, simply “wrong.”

The weirdness is why it may be difficult to accept trans people the same as cisgender, regardless of the familiarity or attitude. Though perceptions of disability have improved immeasurably, a young man in a wheelchair or a Down’s Syndrome baby still attracts those secretive sidelong glances. As long as they are a rarity, a boy in girl’s clothes or a pregnant man will always elicit comments and gawps.

But here the visceral reaction risks overshadowing the actual issue of signficance.

McConnell as he appears in his piece is many times more peculiar than Jackson, but he is an adult, who is making conscious decisions following years of self-questioning. 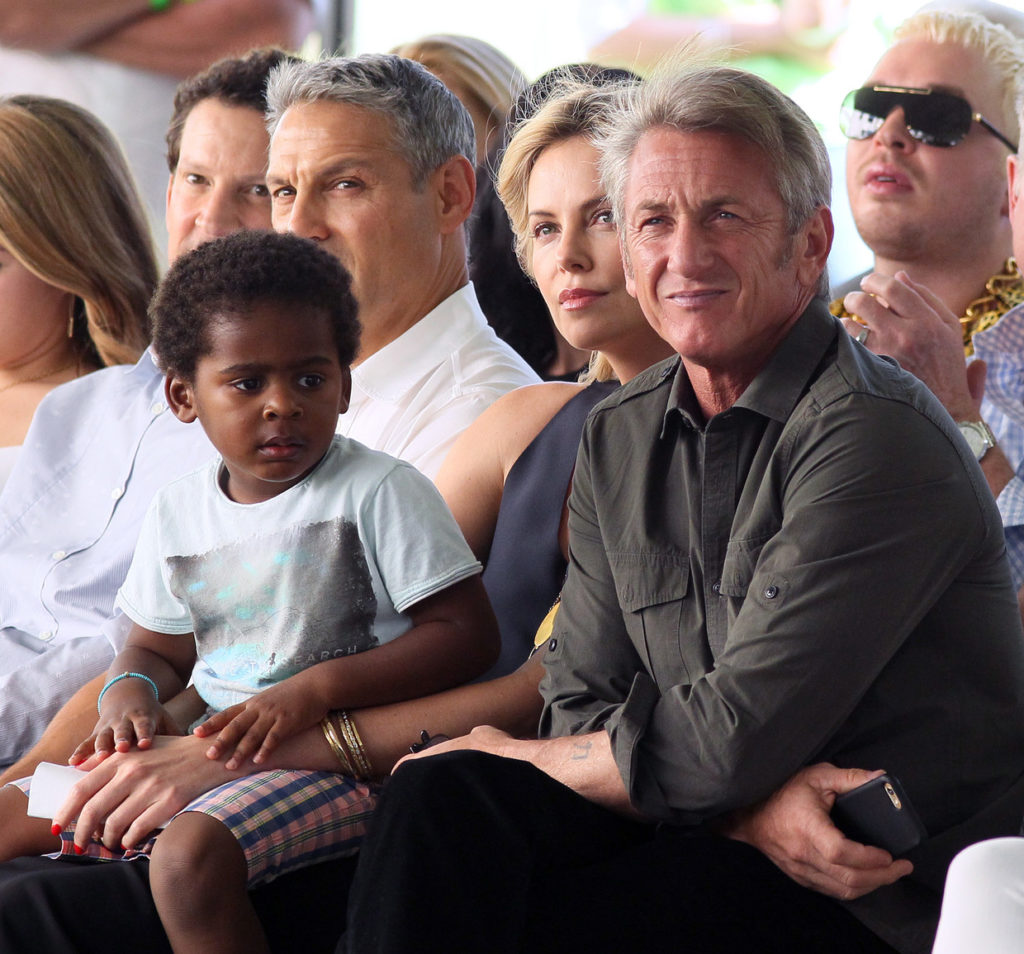 Jackson in 2015, before he began transitioning.
©  Getty/WireImage

Jackson is a child who could barely speak at the time of her supposed transition.

As always in family cases there is room for endless speculation for what is going on here. Is Jackson genuinely gender-dysphoric or does she merely admire her feminist single mother to the extent of wanting to be like her? Is this a phase or is this a long-term desire? Is the parent, who had a famously rough childhood with an abusive father, who was eventually shot by her mother, or the child driving this? Should an infant’s requests be taken as gospel? How does this affect Jackson’s interactions with other children, and how should it? To what extent can anyone on the outside tell people how to parent their children?

Also:  Charlize Theron’s child chose to be a girl at 3yo; support came but not enough from media, some say

Without knowing any of this it is impossible and unfair to judge Theron as a mother, particularly as there is rarely a single-factor explanation, or a perfect childhood to scientifically compare the real one to. But unlike with McConnell, who should be left alone to do whatever he likes, we are within rights to talk about whether Theron’s is the correct approach to childrearing. This is not about being squeamish or tolerant, this is about welfare.

No one suggests taking Jackson away, or imposing compulsory extra visits from government officials to check up on her. But the impact of transitioning your child from a young age – and this is before we start discussing pre-teen hormone treatments – is likely to have various, but necessarily dramatic effects. We still cannot be sure that they are good ones on the whole, or positive for every child who says he wants to become the opposite gender.

And with thousands more children reportedly expressing interest in changing gender across the West this is the next big battle in the trans rights field – and likely the bitterest yet to come, with actual children and not just political principles at stake. It is also one area where just telling people to become more tolerant and less alarmed by the uncanny is not only over-optimistic, but quite possibly counter-productive.

Igor Ogorodnev is a Russian-British journalist, who has worked at RT since 2007 as a correspondent, editor and writer.