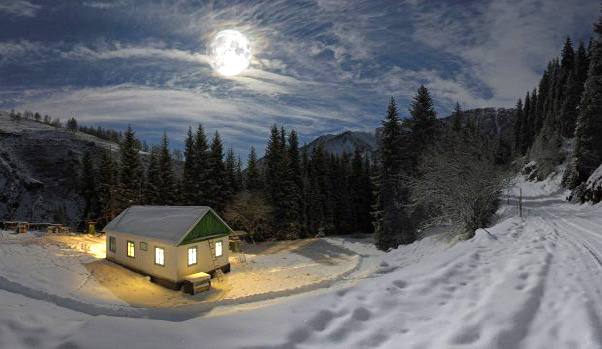 13 May 2019 – Who among us has not gone out on a clear winter evening after a snowfall, gazed up at the Moon and looked at the shimmering white surfaces that embrace us, without feeling an incomparable sense of tranquility and comfort despite the cold night air?

In my life the experience of newly-fallen snow at night has conveyed peace, serenity and joy, as few other experiences have.

When I think back to the images of the Apollo lunar missions I cannot help but imagine a pristine wintry environment of fresh comforting snow. The grey-brown lunar soil seems white and the soft white rolling hills evoke a ski resort with promises of exhilarating joy. The Apollo images of a jet black sky – no matter that it was daytime on the Moon – conjures night. Juxtaposed with a bright snowy terrain they make me feel that our men on the Moon were working in a non-threatening environment, warmed and insulated by their crisp white suits against what James Joyce famously called ‘the cold of interstellar space’.

In reality our astronauts landed on the Moon, allegedly, in daytime, when temperatures would have been extremely hot. So hot that they would have boiled to death had they not been protected. So hot that the slightest malfunction of their miraculous personal life support system backpacks or the array of late-sixties batteries within the Lunar Module would have meant sure death.

Yet despite however many times I view the Apollo photographs and TV recordings, my earthly associations of the conjunction of a dark sky with a soft white terrain convince me that the astronauts were having one grand old time fulfilling the wonderful dream of a moonlit white Christmas Eve – even though I know better. Even though I know that setting the Lunar Module in the middle of the Sahara Desert at eternal noontime would still have been far less sweltering than the lunar surface.

The perpetrators of the Apollo hoax no doubt knew a great deal about human psychology, our wishes to accomplish the impossible, and our fantasies about winter wonderlands. Their propaganda was magnificent and contrived in such a way that thoughtful and rational considerations would be swept aside. The Moon they represented to us, so long aspired to by lovers, poets, by young and old – itself a serene and benign presence in our earthly sky – was welcoming, nurturing and benevolent, psychologically speaking, perfectly in consonance with our desires.

In fact the lunar surface is an extraordinarily hazardous environment. Temperatures fluctuate widely from above boiling point to far below freezing. Radiation abounds. Micrometeorites pummel the terrain ubiquitously. The vacuum of space would suck the life out of an insufficiently insulated liquid – or human being. 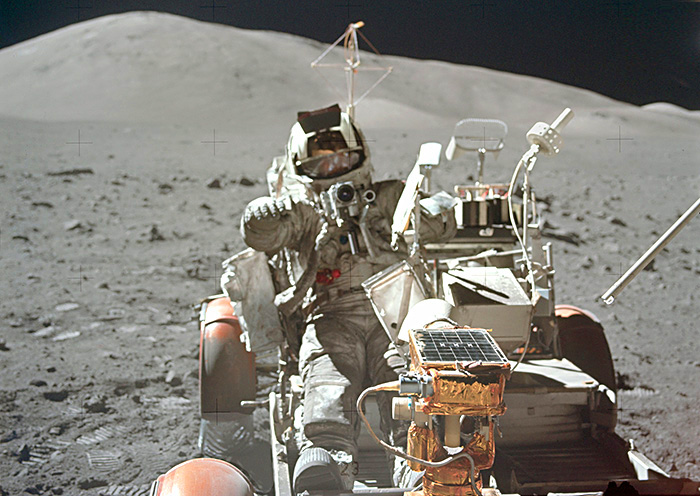 Watching the Apollo astronauts frolic and cavort on this forbidding surface one would think they hadn’t a care in the world. They played golf. They used the Lunar Rover as a hot rod, and they hopped, skipped and jumped around (not very high, admittedly) as if the smallest tear in their magic suits wouldn’t have meant instant death. They even left foil-wrapped family photographs on the Moon – how quaint! – and repaired a Rover fender with duct tape – duct tape! – which in the intense heat and vacuum wouldn’t have survived for a minute.

These irrational touches, however, were a purposeful part of the mission to persuade, a critical aspect of the most effective propaganda designed to appeal to our deepest irrational urges and allow them to override critical and common-sense thinking. It is a particularly devious method of persuasion that deliberately presents us with patent absurdities, which we willingly swallow hook, line and sinker, making our submission all the more complete.

And the Apollo show is peppered throughout by other subtle and deft touches or grace notes, for example in the way the spacecraft were named (Columbia, Eagle, Odyssey, Aquarius et al.) and even in the choice of music played during the missions. What a coincidence that Strauss’s Thus Spake Zarathustra, of Kubrick’s 2001: A Space Odyssey fame, filled the Command Module just before the Apollo 13 accident. I always regarded it as strange that during lunar liftoff, arguably the most critical aspect of the missions, the Apollo 15 Command Module pilot, Al Worden, orbiting above the Moon, would have blasted music (the US Air Force (fight) Song) at a time when every faculty would have been on high alert to ensure that all was going well. A jolly old musical distraction, no matter how patriotic and war-like, should have been anathema.

Yet such an irrational action was scripted into this mission as a plot by all three astronauts to occur at lift-off plus one minute, thereby avoiding the most critical part of lift-off. This absurdity is reinforced by Commander Scott’s comment that ‘For whatever reason – who cares, really? – it came on [instead] exactly at lift-off. Nobody in MCC was aware of our plan…’ (ALSJ, 1999).

As researcher Phil Kouts has written in his recent article, the lunar missions have been shown to be a ‘total fabrication’. Reviewing, inspecting and investigating the photographs, videos and data dispassionately leads to no other conclusion. 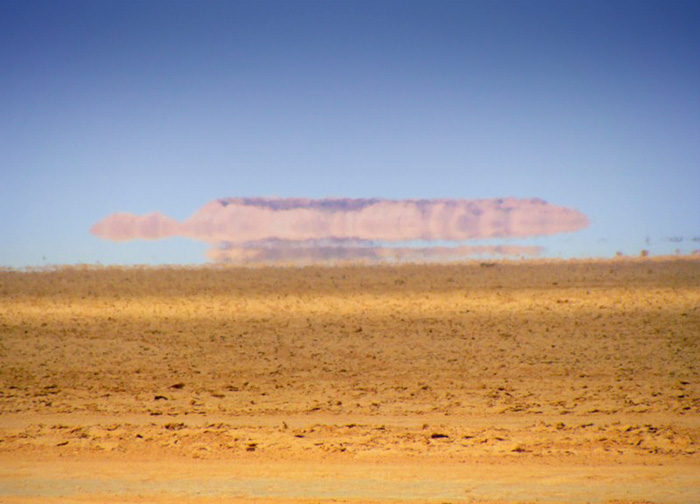 When I speak to others about Apollo, rather than discuss the Van Allen radiation belts, which seem an intangible abstraction, or non-parallel/anomalous shadows or any of the other myriad anomalies which abound, I ask them to put aside their spectral images of unearthly snow and instead imagine what it would be like if two men were set down in the hottest place on Earth and were asked to survive in spacesuits. I ask them what they think it would take to keep them cool under a noonday Sun in the sweltering, unforgiving heat in a contraption that would require a massive amount of air conditioning provided by batteries which themselves were not designed to function in extreme temperatures.

Thus reason and clarity may have a fighting chance.

Dr. Emanuel E. Garcia is a Philadelphia-born writer, theatrical director, physician, and a member of the TRANSCEND Network for Peace Development Environment. He resides in New Zealand since 2006 and his political essays and poetry have appeared widely on various websites and publications including TMS. His most recent novel is the comic tale of accountants, artists and astrophysicists in New York entitled Manhattan Stardust. Garcia may be contacted at emanuelegarcia@gmail.com.