Southern African countries to appeal to watchdog for permission to sell stockpiled ivory worth more than £230m. 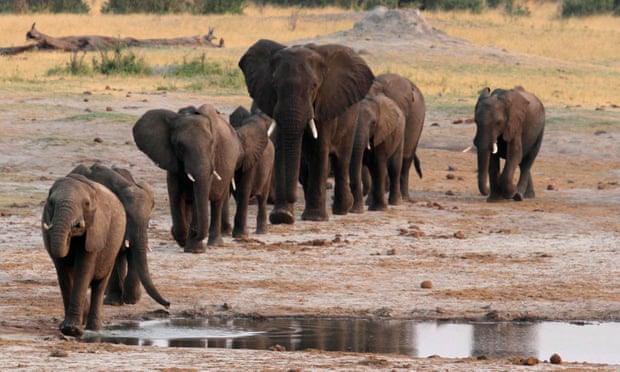 21 May 2019 – Zimbabwe, Botswana and Namibia are making a fresh appeal for a global watchdog to lift restrictive measures on the trade in raw ivory.

The watchdog, Cites, prohibits unregulated commercial trade in endangered species around the world.

The three southern African countries, home to 61% of the continent’s elephants, will make their application for the change at the next Cites conference, in Colombo, Sri Lanka. Their last appeal for a lifting of the measures, at the 2016 Cites conference in South Africa, was rejected.

According to Zimbabwe’s ministry of information, it is almost 13 years since the country’s last commercial sale of ivory. “Our ivory stockpile is worth over $300m [£235m], which we can’t sell because countries without elephants are telling those with them what to do with their animals,” Nick Mangwana, the ministry’s permanent secretary, said.

There is a growing outcry over the ban, and moves to lift it could earn Zimbabwe much-needed funds for conservation.

Zimbabwe will also make a separate appeal at the conference for permission to sell some of its elephants, as conflict between people and wildlife escalates.

The country has a booming elephant population, which is increasingly coming into contact with people. About 200 people have died from elephant attacks in the past five years.

An estimated 40% of the cases involved elephants encroaching on human habitats in search of water. This year alone four people were trampled, according to the Zimbabwe Parks and Wildlife Management Authority (Zimparks).

Zimbabwe has 85,000 elephants but the country’s national parks and conservation areas can only cope with 55,000. 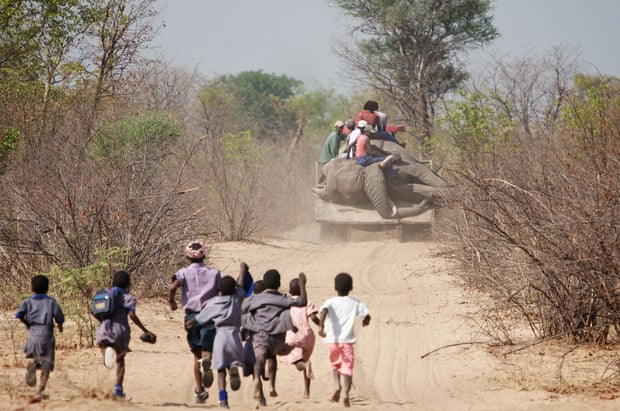 Villages in low-lying areas near major game parks such as Hwange and Gonarezhou have complained of incursions by straying wildlife.

“People are dying. Four people have died this year already when they were attacked by elephants,” a Zimparks spokesperson, Tinashe Farawo, said. “We are saying – listen to us, people are dying and livelihoods are being lost. We can’t just sit and see people die. It is a big threat.”

A growing human population, meanwhile, has led to people encroaching on game parks, forests and other ecosystems in search of land.

The Zimbabwe government is developing a policy to limit conflict between humans and wildlife as it moves to ease friction over resources. It also wants to see the Cites ruling relaxed so it can sell more animals. Between 2012 and 2018, Zimbabwe sold 98 elephants, mainly to China.

Farawo said El Niño-induced drought was threatening wildlife as water bodies became depleted. “We are facing drought. How are we going to take care of these elephants? That is why we are saying let the elephants take care of themselves by calling for lift on the trade ban,” he said. 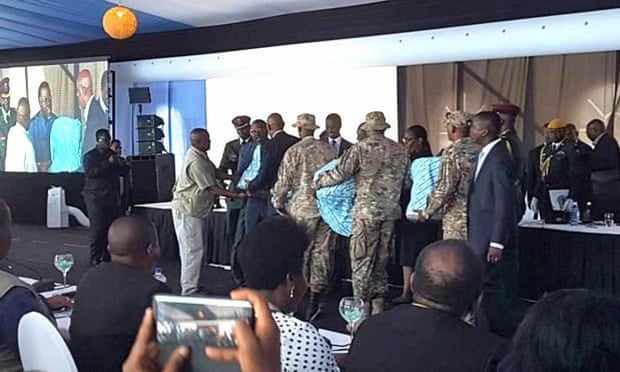 Mokgweetsi Masisi, Botswana’s president, hands over stools made from elephant feet to his counterparts from Zimbabwe, Zambia and Namibia.

Botswana is also considering lifting a ban on hunting elephants and using culled beasts as a source of meat. While the move has been met with widespread criticism from conservation experts, the country’s president, Mokgweetsi Masisi, says hunting would boost tourism while managing the national elephant population.

The African elephant, lion and hippo appear on the International Union for Conservation of Nature’s (IUCN) “red list” of animals at risk of extinction, and needing greater protection.