ANGLO AMERICA, LATIN AMERICA AND THE CARIBBEAN, ECONOMICS, 27 May 2019 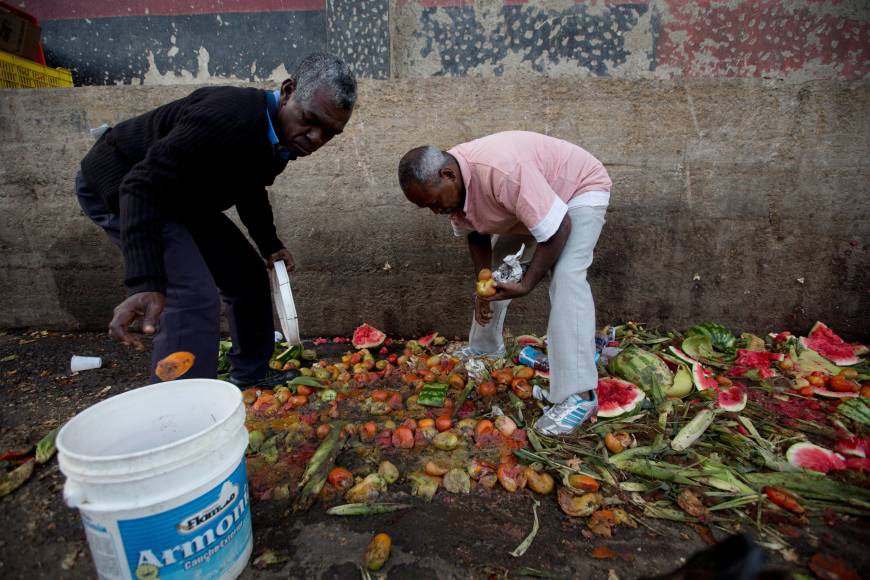 22 May 2019 – Sanctions imposed by the U.S. on Venezuela have cost the Bolivarian country billions of dollars while human suffering in the country is increasing, turning the sanctions a crime against humanity.

“As a result of the economic embargo imposed by the US from 2015 through the last year, financial damages to Venezuelan economy totaled $130 billion,” said Venezuela’s ambassador to Russia Carlos Rafael Faria Tortosa.

The ambassador was speaking at a news briefing in Moscow.

The ambassador stressed that the amount would be enough to bolster the economy of the Bolivarian republic for nine years.

The ambassador said over the last few years Venezuela has suffered enormous losses due to the economic blockade introduced by Washington.

“The government headed by President Nicolas Maduro is on the path of a very unequal conflict with the most forceful economic and military power in the world,” Tortosa stressed.

The US reportedly froze $7 billion in assets belonging to PDVSA and its US subsidiary Citgo.

The US penalties have forced Caracas to seek alternative ways to keep selling crude. Last October, the country ditched the US dollar for transactions with its international partners in favor of other currencies.

Jorge Arreaza, Venezuela’s foreign minister, has said that the freezing of some $7 billion in assets belonging to the Venezuelan oil giant PDVSA in the US has made it impossible to pay for the treatment of young transplant patients abroad.

The crippling US sanctions and economic embargo now threaten to cut short the lives of at least five young patients that have received liver transplants in Argentina and are in need of costly post-surgery treatment. They cannot afford it due to the blockage of PDVSA funds by Washington, said Jorge Arreaza said.

“The criminal US financial blockade on Venezuela risks the lives of Venezuelan children that received transplants in Argentina thanks to the support of PDVSA,” Arreaza tweeted on Tuesday.

The Foreign Minister added that it “has been impossible” to transfer the necessary funds to proceed with the ailing children’s treatment.

The Latin American Foundation for the Human Rights and Social Development (Fundalatin), which Arreaza cited in his tweet, together with a group of mothers of the affected children, penned a letter to UN High Commissioner for Human Rights Michelle Bachelet, asking her to unblock the PDVSA payments so the children can stay in an Argentinian hospital.

The kids – Isabella, Nelson, Adeleannys, Maríade los Angeles and Ximena – were sent to Argentina for life-saving treatment under a government-funded health program. The money came from the state oil giant PDVSA and its US subsidiary CITGO, whose assets were confiscated by Washington back in January.

HRD secretary Larry Devoe reported in early May that almost $5.5 million in payments towards patients’ expenses by PDVSA and other Venezuelan institutions had been either canceled or rendered invalid by international banks.

The lives of children that were supposed to travel abroad to receive transplants have been also put in grave danger by the US policy, Devoe said. Children aged eight and six are among those who were impeded from receiving bone marrow transplants.

“Large parts of Venezuela are suffering acute gasoline shortages as US oil sanctions begin to take effect on the nation’s fuel supply.

“Long lines at gas stations have been reported in a growing number of states and localities throughout the country, with only a fraction of gas pumps open. Wait times vary from several hours to even days, with local residents in parts of Tachira, a western border state known as a hub of gasoline smuggling to Colombia, waiting up to three days to fill up their tanks.

“In Caracas, metropolitan region has yet to see major interruptions in gasoline access.

“The Venezuelan government has long maintained a generous gasoline subsidy, with drivers paying just fractions of a cent at the pump. Attempts to raise gas prices using a biometric subsidy system never got past the trial phase in September 2018.

“However, the country’s declining oil production, significantly exacerbated by the impact of US economic sanctions, has led to growing shortages in recent years. Following the August 2017 imposition of financial sanctions by the Trump administration, crude output plummeted by 30 percent, falling from an average of 1.911 million barrels per day (bpd) in 2017 to 1.354 million in 2018.”

“Output further crashed in 2019 as a result of the US oil embargo imposed in late January as well as nationwide blackouts in March, falling to just 740 thousand bpd in March before rebounding slightly in April. Production was reported at 768 thousand bpd by OPEC secondary sources and at 1.037 million bpd by state oil company PDVSA’s direct communication last month.

“Chronic shortages have been intensified in recent days as US oil sanctions take full effect. On April 28, exemptions permitting US gasoline exports to Venezuela expired, cutting off Venezuela from 54,000 bpd of fuel. The South American country is estimated to produce nearly 200,000 bpd of gasoline, short of the national demand of 250,000 bpd. According to Rafael Quiroz, Venezuela has reserves to last for around ten days, which may be in danger of depletion.”

“Another possible cause of the current shortages is the shutdown of the country’s second largest oil refinery, Cardon, which reportedly halted last week following damage to facilities.

“In response to the supply crisis, government representative for Tachira State Freddy Bernal announced Saturday he expects the situation to be normalized “within the next 72 hours,” although he did not offer details on the solution. Bernal also suggested that the government raise gas prices along the border with Colombia so as to reduce smuggling.

“According to Reuters, three out of Venezuela’s four crude upgraders, which blend the country’s heavy crude into exportable grades, have been reactivated since the electricity outages. But a lack of buyers due to sanctions has forced the upgraders into so-called recirculation mode as oil facilities run out of storage space.”

“‘Let’s see who gets the most votes! Let’s find a political, constitutional and democratic path forward,’ Maduro said at the end of a march on Monday commemorating the anniversary of his reelection on May 20, 2018 to a new six-year term.

“He added that he would dedicate all his efforts to secure a ‘peace agreement’ with the opposition, while thanking the Venezuelan people for their struggle and commitment to peace.

“Elections for Venezuela’s National Assembly are not due to take place until 2020. However, the legislative body has been declared in contempt by the Supreme Court, and all its decisions ‘null and void’, after it defied a judicial order to unseat three lawmakers accused of electoral fraud in the December 2015 contest.”

“Guaido and the Venezuelan opposition have tried to oust the Maduro government, most recently through a failed military putsch on April 30, while the US Treasury Department has imposed successive rounds of economic sanctions on the country. Reports emerged last week of a renewed dialogue initiative between the government and the opposition, mediated by Norway, but no details of the negotiations have been made public.

“Venezuela’s opposition rejected the proposal, with Guaido calling it ‘cynical’ on Tuesday and reiterating his call for the armed forces to ‘take a step forward’ and support him.”

“Maduro’s proposal came on the heels of the country’s National Constituent Assembly (ANC) voting to extend its mandate ‘at least’ until December 31, 2020.

“ANC member Pedro Carreno said that the body must continue to ‘assume the work of the opposition deputies,’ referring to the fact that the ANC has assumed the day-to-day legislative functions given the National Assembly’s legal status. It is not clear whether legislative elections being brought forward would affect this decision.”

Cuban President Miguel Diaz-Canel and the Secretary of the Central Committee of the Communist Party of Cuba Raul Castro received Venezuelan Foreign Minister Jorge Arreaza Monday in the lead up to the 18th Political Council of the Bolivarian Alliance for the Peoples of Our America-Peoples Trade Treaty (ALBA-TCP) that begins May 21.

Venezuela’s ambassador to Cuba, Adan Chavez, along with Arreaza met with the Cuban leaders Monday where they discussed regional and international issues, Arreaza said via Twitter.

Castro and Diaz-Canel reiterated their support for Venezuelan President Nicolas Maduro and stressed the members of ALBA-TCP will defend the South American nation against “imperialist” tactics to overthrow his government.

The Venezuelan diplomats are in Havana for the 18th Political Council of the Bolivarian Alliance for the Peoples of Our America-Peoples Trade Treaty (ALBA-TCP) that starts Tuesday, May 21 in Cuba’s capital.

The council is set to explore new opportunities for trade and cooperation among member countries that include Cuba, Venezuela, Bolivia, Nicaragua, Antigua and Barbuda, along with several other Caribbean nations.

Almagro against dialogue, use of force an option for Venezuela

Secretary-General of the Organization of American States (OAS), Luis Almagro, has shown his cards once again on Tuesday, coming out against the proposed dialogue between Venezuela’s government and the country’s opposition, in an interview with Infobae.

“The last step of the responsibility to protect is the use of force, an incremental process in which obviously results have to come out,” said Almagro, not discarding a military intervention, while dismissing “Norway’s attempt to the issue as a wrong way.”

This embrace for military intervention aimed at overthrowing the democratically elected governments is not new for Almagro. Back in 2018, he said “we should not rule out any option,” regarding Venezuela, and also calling for this “option” in Nicaragua.