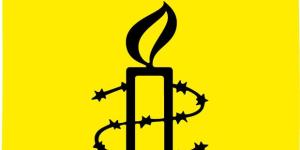 10 Dec 2014 – On the 30th anniversary of the UN Convention against Torture, Amnesty International is calling upon states not to obstruct efforts to prevent the appalling practice and to uphold their commitments under international law to bring it to an end.

While 156 states have ratified the Convention, a host of nations are still carrying out torture and are obstructing efforts to prevent, monitor, investigate and to bring about prosecutions.

“It is an outrage that the abhorrent practice of torture is still alive and well in so many states. Too many governments are going out of their way to hide this practice and to obstruct those who are trying to prevent it,” said Salil Shetty, Secretary General, Amnesty International.

“States need to prevent and punish the use of torture and to allow independent and effective monitoring of all places of detention.”

When the UN Convention against Torture was adopted three decades ago, it included setting up the Committee against Torture, entrusted to monitor states’ compliance with the Convention. States must provide information on measures they have taken to implement the Convention once every four years. While many have responded others have not: 27 have failed to report at all, while 44 others are late in their delivery.

Likewise, only 76 states have ratified a crucial treaty known as the Optional Protocol to the Convention, which paves the way for both the UN and national monitors to visit places of detention.

Last month Azerbaijan blocked monitors even though it has signed up to the protocol.

The UN Special Rapporteur on torture and other cruel, inhuman or degrading treatment has also faced difficulties in getting access, among other obstructions and faced obstructions by the authorities. Uzbekistan, where torture is pervasive and routine, has ignored repeated requests for an invitation into the country. In 2014, Thailand and Bahrain postponed two planned visits. During the recent visit to Gambia, access to certain parts of a detention facility was denied.

The Special Rapporteur had to decline an invitation by the USA to visit the Guantánamo Bay detention centre after it imposed conditions that he could not enter certain areas or speak to detainees in private.

Amnesty International has been fighting to stamp out torture for more than 50 years. Earlier this year, it launched a global campaign calling on governments to genuinely implement effective safeguards against torture and other ill-treatment. These safeguards include prompt access of detainees to lawyers, families and courts, monitoring of interrogations, allowing independent checks on all places of detention, independent and effective investigations of torture allegations, the prosecution of suspects, and proper redress for victims.

The campaign focuses on five countries where torture is persistent and Amnesty International believes that developments at the national level make it possible to achieve significant improvement. These are: Mexico, the Philippines, Morocco and Western Sahara, Nigeria and Uzbekistan.

While there is a long way to go, we have already seen some positive developments to address outstanding issues.

The Philippine Senate opened an enquiry into police torture the day after Amnesty International launched its report “Above the Law: Police Torture in the Philippines” on 4 December.

In November 2014, the Moroccan government ratified the Optional Protocol, it now has 12 months to set up an effective national mechanism for monitoring places of detention.

In Nigeria, a bill that criminalizes torture has progressed in its legislative process and is now pending in the Senate.

Thanks in part to lobbying by Amnesty International, in October the European Parliament passed a resolution calling on Uzbekistan to eliminate torture and allow a visit from the Special Rapporteur.

“Since the launch of our Stop Torture campaign in May 2014, Amnesty International has mobilised a million people to take action against torture. We hope that together we can help force governments to fulfil the promises made 30 years ago. We will do all we can to hold the torturers to account and to stop this appalling practice once and for all,” said Salil Shetty.