19 June 2019 – In a 36-page official report (29 May 2019) entitled “A brief and independent inquiry into the involvement of the United nations in Myanmar from 2010 to 2018”, former Guatemalan Foreign Minister and UN diplomat Gert Rosenthal, acknowledges the UN’s ‘systemic failures’.

The Rosenthal report finally admits to what the several generations of Rohingya survivors of Myanmar’s genocide have always known through their collective and individual experiences: the United Nations has failed them – not simply since 2011, the report’s cut-off year, but since the first wave of Myanmar’s genocidal destruction in 1978.

This is not the first-time UN’s very own diplomats and officials have conducted ad hoc assessments of UN’s failures in cases of atrocity crimes (that is, war crimes, genocide, crime against humanity and crimes of aggression).   In 2012, the then Assistant Secretary General Charles Petrie, who had served as UN Resident Coordinator in Myanmar (2003-07) reached a similarly damning conclusion – that UN failed to effectively and properly discharged its mandate of protection, reconciliation and humanitarian mission in Sri Lanka.

While the Coalition welcomes the UN’s own official admission of its failures as the world’s most important global governance system, we are deeply troubled by the fact that the UN remains incapable of heeding the lessons of the past and of self-correcting.

With deep scepticism, the coalition view the report and the present Secretary General António Guterres’ promise of ‘implementing all the recommendations’ made by Mr Rosenthal.   In fact, Mr Guterres, then UN High Commissioner for Refugees, was told in a face-to face meeting by Myanmar’s then-President Thein Sein that Myanmar intended to confine Rohingya to segregated camps and requested the UN to facilitate the removal of Rohingya from Myanmar in August 2012. Myanmar’s intent to commit international crimes was thus made clear to the most senior levels of UN, yet no action was taken. 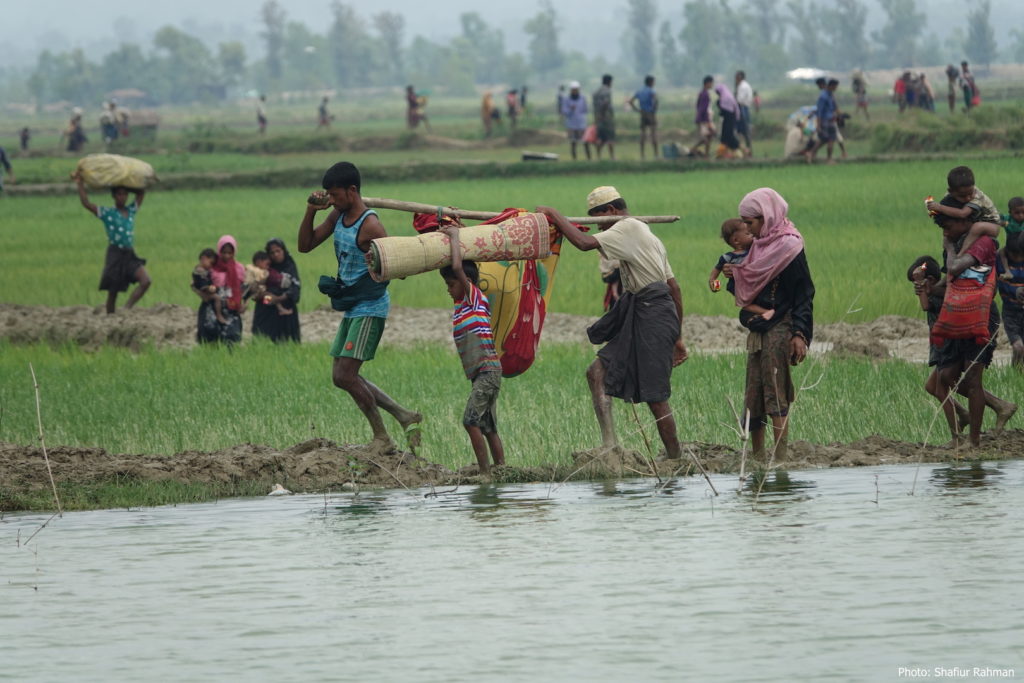 Particularly concerning is the fact that the report is still littered with obfuscatory phrases like (moral and analytical) ‘shades of grey’, ‘complex layers’, ‘complexities’, ‘contradictory priorities’ while not holding any managerial leaders within the UN, starting with the former UN Resident Coordinator in Myanmar (2014-17) Renata Lok-Dessallien …., who reportedly suppressed an internal report of the alarming failings of the UN in Myanmar in taking the egregious rights violations amounting to crimes against humanity, specifically against the persecuted Rohingya ethnic minority.

Instead of holding his own senior UN officials accountable for their failures to uphold UN’s stated norms and principles – emphasized in UN’s Human Rights Upfront policy of 2014, the Secretary General António Guterres has rewarded the failed UN manager Lok-Dessallien with the larger UN portfolio as the head of UN in India where she is based now.

Additionally, the Secretary General’s mandate of Mr Rosenthal as a sole consultant precluded the essential question of UN’s own accountability as the 29 May 2019-dated Myanmar report made it clear: “the consultant was not asked to evaluate the conduct of entities or individuals in the mode of personal or institutional accountability.”

For any internal assessment report to merely point to the systemic failures while not apportioning the responsibility to those within the UN who have failed Rohingya survivors entirely evades confronting the crucial issue of accountability and impunity regarding the conduct of UN officials.

The coalition therefore holds that in order for impunity to end within Myanmar and within the international protection system, Secretary General and his managerial deputies should be held accountable for the failures that have thus far emboldened Myanmar’s ongoing genocidal persecution of Rohingya ethnic minority in Rakhine State.

We therefore demand the resignation of senior UN leaders in whose hands the management of the entire UN System rests. Their leadership and management have failed the thousands of Rohingyas who were mass-slaughtered, maimed, raped or otherwise violently deported from their villages to Bangladesh where they exist in subhuman conditions.

Yasmin Ullah, the coalition’s research coordinator, based in Canada said, “if it takes a genocide for UN to finally investigate itself and comes up with no solution as to how it is going to take responsibility over the  lives of millions of my people who have been displaced, traumatized, and left in a limbo in various countries, then there is something terribly wrong with the UN as an institution. Its core mandate requires that it works to promote and protect human rights of all people, and this report proves that it has failed at the fundamental level. Resignation of senior officials is the least UN can do to hold itself accountable.”