14 Jan 2020 – January 4 marked the 72nd anniversary of Myanmar’s independence from Britain. The story of Myanmar today is a textbook example of a multi-ethnic country where the spectacular failures on the part of the successive breeds of the ruling nationalists have created the very real conditions for ethnic balkanization, something the Burmese nationalists say they are most concerned about.

17 Jan 2020 – As the International Criminal Court proceeds with its own separate investigation into Myanmar’s crimes against the Rohingya, it is imperative that the prosecutor name Aung San Suu Kyi, along with the generals, as partners in crime. The international community must stand firm in holding her to account.

19 June 2019 – The 36-page UN diplomat Gert Rosenthal Report entitled “A brief and independent inquiry into the involvement of the United nations in Myanmar from 2010 to 2018”, finally admits to what the several generations of Rohingya survivors of Myanmar’s genocide have always known: the UN has failed them – not simply since 2011, the report’s cut-off year, but since the first wave of Myanmar’s genocidal destruction in 1978.

28 May 2019 – The MoU was first signed in Naypyiday on June 6 last year, which has been extended for one more year.

15 May 2019 – Rohingya refugees and international supporters welcome and endorse UN Fact-Finding Mission’s timely call for withdrawal of financial and other support to Myanmar.

This conference is designed to call world’s attention to and educate the international public at large about the twofold need for protection and accountability which Rohingya genocide survivors and other ethnic and religious minorities such as Kachin, Shan, Karen, Myanmar Muslims, etc. demand and deserve. 8-9 Feb 2019, Columbia University, Barnard Hall

20 Sep 2018 – The Free Rohingya Coalition wholeheartedly welcome the motion in the Canadian House of Commons that with a rare unanimity declared Myanmar’s crimes against Rohingya people a genocide.

Free Rohingya Coalition, a global network of Rohingya and non-Rohingya activists and advocates, are planning to commemorate 25 August 2018 as the “Rohingya Genocide Remembrance Day”. On this day, Myanmar Tatmadaw or the Armed Forces launched the largest scale mass killing, rape and arson to date. 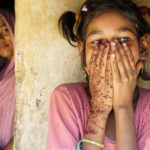 7 June 2018 – The Free Rohingya Coalition is gravely concerned about the non-inclusive, non-transparent nature of UN agencies signing a repatriation deal with Myanmar.