Myanmar Continues to Make Mistakes of the Past 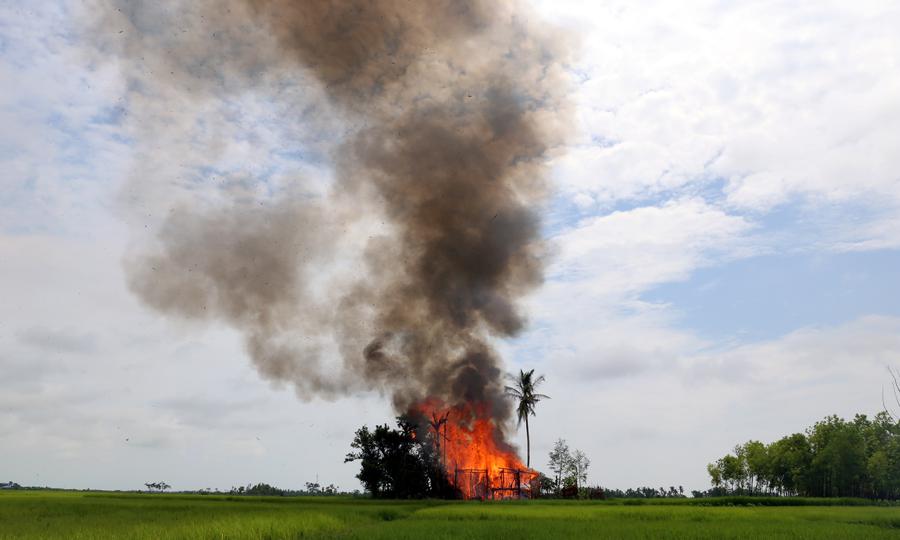 14 Jan 2020 – January 4 marked the 72nd anniversary of Myanmar’s independence from Britain. The civil war in which the country – a patchwork of diverse ethnic regions, with mutually incomprehensible languages, unerasable regional identities and distinct political histories – was born has come a full circle.

It is noteworthy that modern Myanmar was not the creation of nationalists. It was born out of the external shock of the Second World War and the dissolution of external colonial powers.

Few Myanmar nationalist historians have acknowledged this historical fact, for it fundamentally and effectively undermines the nationalist historiography that typically glorifies and exaggerates the contributions of the ethnic-Burmese (Bama) nationalists – particularly State Counselor Aung San Suu Kyi’s father and the Tatmadaw (military), originally a fascist proxy created by Japan as part of its wartime design against British rule in colonial Burma.

Today, being an important site of the geopolitical rivalries among external powers, including China, India, the US and Japan, coupled with multiple domestic ethnic fault lines, Myanmar faces the very real prospect of another external shock, more than at any point in the country’s seven-decade post-independence history.

According to the Arakan Army, a relatively new but effective armed movement seeking “the national liberation” of Buddhist Rakhine from the grip of the Myanmar government, there have been nearly 600 military battles fought in the Rakhine region (and adjacent Chin state), with government troops suffering an estimated 6,000 casualties.

Myanmar today is ruled, in effect, by a coalition of Aung San Suu Kyi’s National League for Democracy (NLD) and the military, however uneasy their power-sharing may be.

Disturbingly, both parties are repeating the mistakes of past nationalist and military leaderships – without addressing the decades-old grievances on the part of minorities that gave rise to the early rebellions in the first place.

In a twist of history, the larger geopolitical equation that has direct bearings on the government’s domestic policies with respect to Myanmar’s troubled inter-ethnic relations, including Rohingya, has shifted. China, Japan and India are backing the increasingly anti-human-rights Myanmar leadership, albeit out of their competing commercial and strategic agendas.

After a euphoric global honeymoon resulting from what was commonly but falsely celebrated as the “Myanmar Spring,” the United States and the rest of the world now scream foul over Naypyidaw’s criminal policies and conduct in Rakhine, particularly the slow-burning genocide of Rohingya. This has been reflected in the last several UN General Assembly resolutions on Myanmar, where more than 140 member states condemned the Southeast Asian pariah for its “grave crimes” under international law.

Domestically, the Myanmar government continues to treat non-Bama minorities as second- or third-class communities in keeping with its heavy-handed racist record. Myanmar’s nationalist leaders wear on their sleeve their fake respect for ethnic diversity by wearing minority attire on their election-campaign trails.

Without heeding the need – and call – for devolution of power to ethnically defined regional communities, Suu Kyi has hand-picked her sycophants to be the chiefs of local administrations in ethnic-minority regions. Her attempts at forcibly erecting statues of her martyred father Aung San and naming bridges and other landmarks after him in several minority capitals has created further frictions and offended local sensibilities.

While she often extolls the (voluntary) “Union spirit” – attributed to her father and his minority counterparts of the 1940s – and exhorts the multi-ethnic nation to forge national harmony, ethnic equality and reconciliation, her autocratic and racist deeds further damage the very spirit she wants the ethnic minorities to reinvigorate.

The minorities who had rallied behind Suu Kyi’s NLD leadership have come to view her as yet another ethnic-Bama nationalist who speaks better English, and whose words are sweeter, than the crude and crass nationalists in generals’ uniforms.

The minorities who had rallied behind her NLD leadership have come to view her as yet another ethnic-Bama nationalist who speaks better English, and whose words are sweeter, than the crude and crass nationalists in generals’ uniforms.

In this discernibly colonial state of Myanmar where Bama Buddhists are more equal than others that Rohingya have fared poorly over the last 40 years.

As the only Muslim community with their own geographic pocket sharing linguistic, demographic, cultural and commercial ties with adjacent Bangladeshi states of Chittagong and Tek Naf, the Rohingya have long been the subject of strategic concerns for the Burmese military leaders.

When the military’s peaceful attempts in the mid-1960s at remaking Northern Rakhine less Muslim in character and in population failed, the generals decided to resort to purges beginning in 1978, under the false pretext of cracking down on illegal immigration from newly independent Bangladesh. After several major waves of violent purges – with each exodus averaging a quarter-million Rohingya – there are far more Rohingya outside their ancestral homeland of Northern Rakhine than there are inside the state today.

Rohingya are not the only ethnic community with cross-cultural and demographic ties or autonomy or even independence aspirations: All of Myanmar’s minority communities – Shan, Wa, Kachin, Chin, Karen, Rakhine etc – have long shared these pre-nation-state features. As a matter of fact, Kachin continue to operate with an armed movement with the title Kachin Independence Organization and Kachin Independence Army while the Buddhist Rakhine armed movement Arakan Army openly talks of “national liberation” of Rakhine and reclaiming their sovereignty that the Burmese took away in 1785.

The only difference between these ethnic minorities and the Rohingya is that the latter are overwhelmingly Muslims. As oppressed as they are, other cross-border bi-cultural national minorities do not face the same genocidal fate.

Myanmar’s unconcealed, popular and institutionalized fear and loathing of Islam explains its official attempts over the last 40 years to erase Rohingya systematically from the country’s official narrative, historical records, popular consciousness and international relations. In that, Myanmar has largely succeeded.

Against the backdrop of the Gambia-vs-Myanmar case at the International Court of Justice, Suu Kyi’s minister for international cooperation, Kyaw Tin, who accompanied her to The Hague, was heard telling a Burmese-language program on Voice of America that Myanmar’s refusal to acknowledge Rohingya by their own group identity solely because such recognition would be used by the Rohingya to demand a separate state or seek secession in the future.

This false but institutionalized logic intentionally disregards official and historical facts about the Rohingya’s presence and identity as an ethnic community: Rohingya were accorded full and equal citizenship like any other ethnic minority, by both the elected government of prime minister U Nu and the Ministry of Defense, well into the 1960s.

Last week Aung San Suu Kyi’s Foreign Ministry released a 15-page document titled “Rakhine State: A Snapshot of Myanmar’s Current Efforts at Peace and Reconciliation,” telling the world about all the concrete things it has been undertaking since the exodus of 730,000 Rohingya in 2017. The information package is full of spins of repatriation, rehabilitation, reconciliation, peace, rights, accountability, sexual-violence prevention, curbing hate speech, and development aid. The document is apparently aimed at diluting or shifting the global perception that Suu Kyi’s government is complicit in the military’s purge of more than a million Rohingya in 2016 and 2017.

Suu Kyi’s official update on Rakhine chose neither to reflect nor acknowledge the root causes of both the waves of the flight of the vast majority of Rohingya from Northern Rakhine. Nor does her government see the resurgence of armed rebellion waged by the Arakan Army as something that has been triggered by the long-standing grievances of the Buddhist Rakhine community who feel – and rightly so – that they have been re-colonized by the Burmese in the central plains.

On his part, her military-partner-in-chief, Senior General Min Aung Hlaing, put the blame on the “selfish” ethnic-minority leaderships for the stalled ceasefire processes – with about 20 armed resistance groups throughout virtually all the country’s ethnic-minority regions. The military has institutionalized its self-perception as the nation’s guardian, and is blind to its own racist, harmful and murderous policies toward ethnic minorities.

Early last week former president and retired General Thein Sein, Suu Kyi’s predecessor as government leader, blamed “neo-colonialists” for the sordid affairs in Rakhine state in particular and the country at large. In his words, as reported in the Myanmar Times, “due to neo-colonialism, our country is close to [being] swallowed by foreigners who are making excuses like democratic issues and human rights.… It is as if we are standing at the entrance of a precipice unknowingly.

“Some are trying intentionally to divide our territory, to engulf the religion of the majority of people and to weaken Tatmadaw. All are responsible to protect the country, races and the religion.”

With Bama nationalist leaders like these, neither peace nor reconciliation nor democratization is conceivable. Repeating the policy and leadership mistakes of the past 50 years is a guaranteed pathway toward the country’s eventual balkanization.

The story of Myanmar today is a textbook example of a multi-ethnic country where the spectacular failures on the part of the successive breeds of the ruling nationalists have created the very real conditions for ethnic balkanization, something the Burmese nationalists say they are most concerned about.