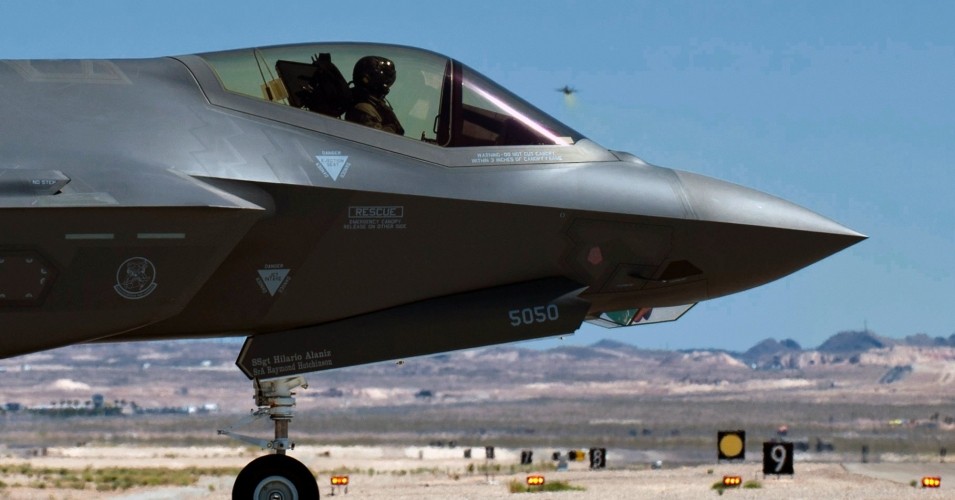 12 Jun 2019 – From the 2001 launch of the so-called War on Terror to 2017, the Pentagon generated at least 1.2 billion metric tons of greenhouse gases—with annual rates exceeding the planet-warming emissions of industrialized countries such as Portugal or Sweden—according to new research.

“Absent any change in U.S. military fuel use policy, the fuel consumption of the U.S. military will necessarily continue to generate high levels of greenhouse gases,” the paper warns. “These greenhouse gases, combined with other U.S. emissions, will help guarantee the nightmare scenarios that the military predicts and that many climate scientists say are possible.”

New research release: Since the beginning of the post-9/11 wars, the U.S. military has emitted 1.2 BILLION metric tons of greenhouse gases. The Pentagon is the world's single largest consumer of oil and a top contributor to climate change. https://t.co/slcY4ehoc2 pic.twitter.com/d09OxS3lCF

Crawford, co-director of the Costs of War Project, estimates U.S. military emissions—which largely come from fueling weapons and equipment as well as operating more than 560,000 buildings around the world—from 1975 to 2017, relying on data from the Energy Department because the Pentagon does not report its fuel consumption numbers to Congress.

In the paper, she also examines patterns of military fuel use since 2001 in relation to emissions and the Pentagon’s views on “climate change as a threat to military installations and operations, as well as to national security, when and if climate change leads mass migration, conflict, and war.”

Writing about her research for The Conversation Wednesday, Crawford noted that DOD’s annual emissions have declined since reaching a peak in 2004, as the Pentagon has, over the past decade, “reduced its fossil fuel consumption through actions that include using renewable energy, weatherizing buildings, and reducing aircraft idling time on runways.” 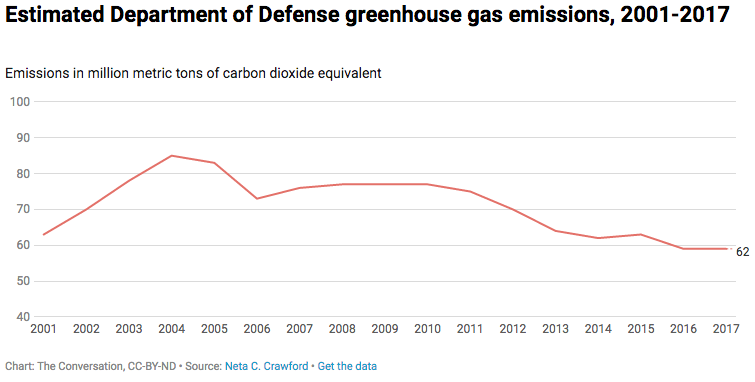 Crawford, in her piece for The Conversation, concluded that “climate change should be front and center in U.S. national security debates. Cutting Pentagon greenhouse gas emissions will help save lives in the United States, and could diminish the risk of climate conflict.”

She is far from the first to highlight how the Pentagon is fueling the world’s climate crisis and call for urgent reforms. Just last month, Sen. Elizabeth Warren (D-Mass.) released a climate “resiliency and readiness” plan for the U.S. military as part of her 2020 campaign for president. However, as Common Dreams reported at the time, anti-war critics of Warren’s plan charged that “trying to ‘green’ the Pentagon without addressing the destructive impacts of its bloated budget and American imperialism is a misguided way to combat the emergency of global warming.”

Author and advocate Stacy Bannerman, in an op-ed for Common Dreams last year, warned that “if we don’t get serious about stopping the United States War Machine, we could lose the biggest battle of our lives.”

“In order to achieve the massive systemic and cultural transformations required for mitigating climate change and advancing climate justice,” Bannerman wrote, “we’re going to have to deal with the socially sanctioned, institutionalized violence perpetrated by U.S. foreign policy that is pouring fuel on the fire of global warming.”