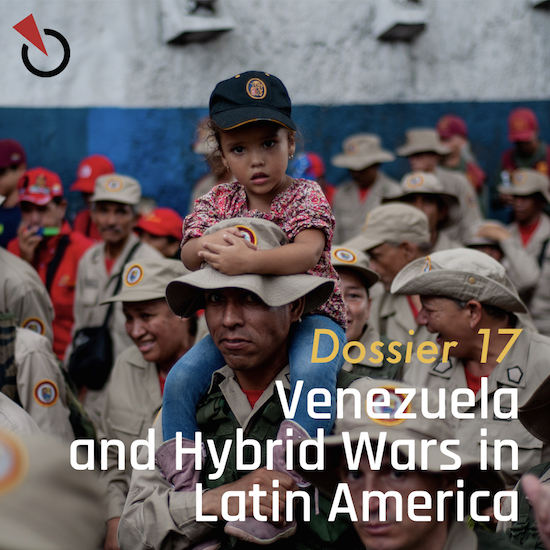 6 Jun 2019 – Venezuela and the Bolivarian Revolution have become a central focus of the neoliberal and imperial offensive that is unfolding in Latin America. At the center of this offensive is a strategy of hybrid warfare that aims at exploiting the political, military, and economic weaknesses and limits of governments considered to be hostile to a world order driven by the interests of global capital. These interventions seek to ensure not only the control of common goods but also control over their markets, the main commercial routes (via land, rivers, and seas), the transportation routes of these goods (oil, mineral, and gas pipelines), the generation and supply of energy, and even the population that inhabits these areas, in order to support the interests of global capital.

The immense oil reserves located in Venezuela place it in a strategic position in Latin America and at the crux of global geopolitical disputes. In addition to oil, Venezuela has large deposits of gold, nickel, iron, and diamonds that have piqued the interest of China, Russia, and—of course—the United States and Canada (the latter two of which play a leading role in the Lima Group, a network of countries that came together in 2017 with the express purpose of regime change in Venezuela).

The hybrid wars waged by imperialist interests to undermine governments that challenge their interests have a wide range of characteristics—among them, economic and financial asphyxiation, economic destabilization, diplomatic and media blockades, the instigation of internal violence, the generation of chaos by attacking essential services, and pressures attempting to create institutional fractures or a coup d’état, and even the threat of military intervention.

Tricontinental: Institute for Social Research’s seventeenth DOSSIER, “Venezuela and Hybrid Wars in Latin America,” discusses the various dimensions of the hybrid war that is currently being unleashed against Venezuela and across Latin America—from Colombia to Haiti—as well as the reasons motivating it.

“Venezuela’s political reality and its planners, intellectuals, and supporters are deeply impacted by the actions of the White House. But the White House is not the same as it was under Reagan. We are not talking about the empire in its hyper-hegemonic phase, but rather about an empire in decline. In the face of this reality, the Chavista revolution has had to learn how to confront these kinds of coups. If we had to write a ‘counter-manual’ of hybrid wars, Venezuela is doing this in its own way, as is Colombia. We have seen this throughout the last year as the coup attempts have unfolded.” —William Serafino, Chief Editor of Misión Verdad 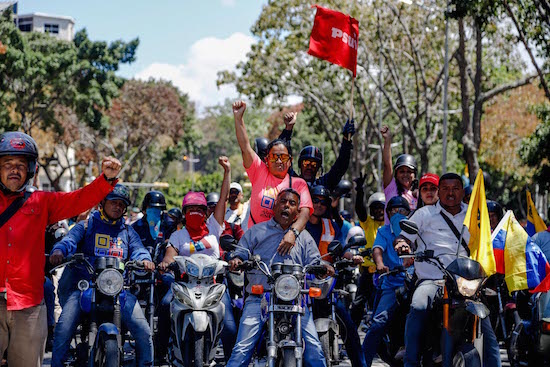 “Our seventeenth is one of our richest studies of the mechanisms of power in our time. A hybrid war is not fought necessarily on a battlefield, with conventional armies. It is an ideological war, a war to shape the way reality is seen, a war of position to define what is happening that leads eventually to a war of manoeuvre to overthrow a government.” —Vijay Prashad, Executive Director of Tricontinental: Institute for Social Research

Key information from the report: 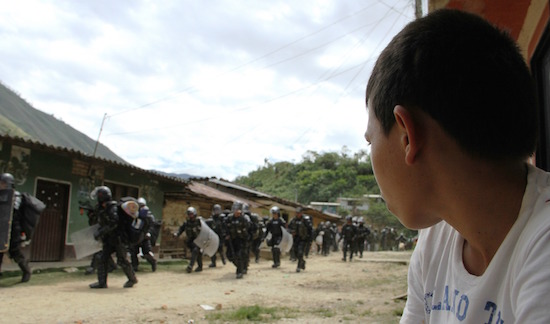 El Mango Village in the town of Argelia, Department of Cauca, Colombia.  Courtesy of Marcha Patriótica

Tricontinental: Institute for Social Research is an international, movement-driven institution that carries out empirically based research guided by political movements. They seek to bridge gaps in knowledge about the political economy as well as social hierarchy that will facilitate the work of their political movements and involve themselves in the “battle of ideas” to fight against the bourgeois ideology that has swept through intellectual institutions from the academy to the media.

All of their materials are produced in English, Spanish, Portuguese, and French.