‘We Are Literally Sawing Off the Branch We All Live On’: Amazon Deforestation Increasing Under Bolsonaro 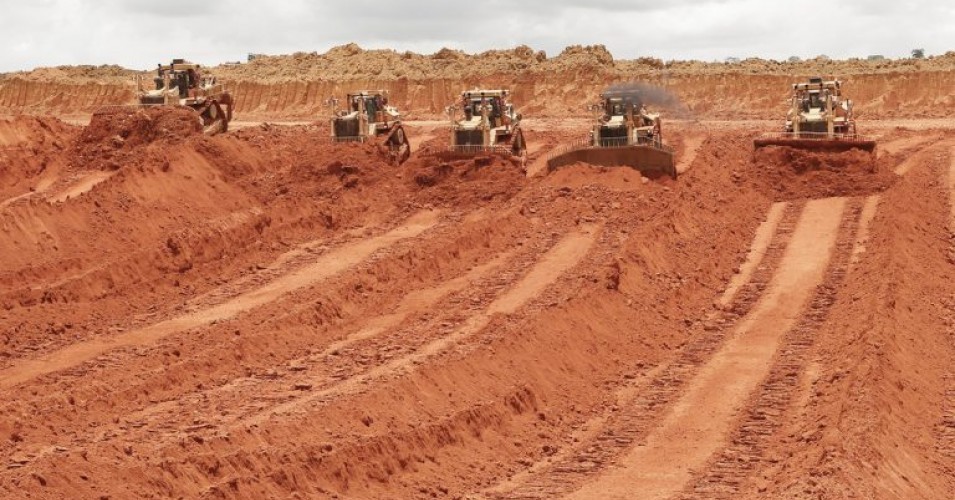 Forest and topsoil must first be removed before ore can be accessed at Brazil’s Norsk Hydro ASA Paragominas open pit mine. Such industrial processes would be highly destructive of Brazil’s forests, indigenous reserves and cultures.
(Photo: Norsk Hydro ASA via VisualHunt / CC BY-NC-SA.)

5 Jun 2019 – Satellite images reviewed by the Brazilian government show massive deforestation in the Amazon rainforest, a grim reminder of the devastation wrought by the country’s new president, Jair Bolsonaro.

According to Reuters, 285 square miles of forest was cleared in May, the highest one month total in a decade. The information comes from Brazilian space research institute INPE’s DETER alert system.

“If this upward curve continues, we could have a bad year for the Amazon forest,” said INPE satellite monitoring head Claudio Almeida.

“Disastrous deforestation like this must come to an end,” Thunberg said. “And not just in the Amazon… We are literally sawing off the branch we all live on.”

Disastrous deforestation like this must come to an end. And not just in the Amazon… We are literally sawing off the branch we all live on. #WorldEnviromentDay https://t.co/wgHd2W6C2M

Green advocates blame the Bolsonaro government’s attack on regulations on deforestation and general anti-environmental policies for the jump in clear-cutting.

The Bolsonaro administration in January announced its plans to open the Amazon for resource exploitation—a move that came before the new presidency was even a month old. At the time, Bolsonaro’s chief of strategic affairs Maynard Santa Rosa referred to the Amazon as an “unproductive, desertlike” area that would benefit from development.

In April, as Common Dreams reported, indigenous activists in Brazil sounded the alarm over the Bolsonaro government’s attack on the rainforest and made a non-violent demonstration at the country’s capital city of Brasilia.

“The white man is our finishing off our planet and we want to defend it,” Alessandra Munduruku, a representative of the Munduruku tribe from the northern state of Pará, said during that protest.

Bolsonaro appears committed to that project.