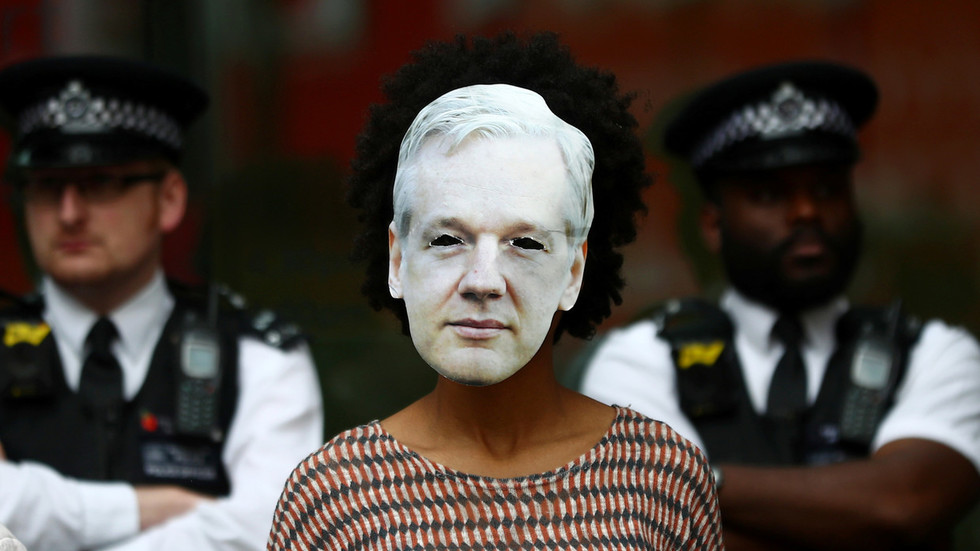 15 Jul 2019 – Irony is the word which comes to mind at the mention of the “Global Conference for Media Freedom” co-hosted by the UK and Canadian foreign ministers. Everything about this twilight zone gathering smacked of irony.

Irony that governments which support terrorists in Syria and whitewash Israeli murders of Palestinian journalists have the gall to hold a conference feigning concern for journalists’ rights and media freedom.

Irony that journalists actually suffering persecution and unjust imprisonment –like Kirill Vyshinsky and Julian Assange – were not the focus of the conference, with Assange only mentioned in passing, and Vyshinsky, presumably, not at all.

Irony most of all that a conference — according to Global Affairs Canada, an “international campaign to shine a global spotlight on media freedom…”– refused participation of two major and sought-out media outlets, both Russian: RT and Sputnik.

Organizers apparently tried to claim the reason for the exclusion was simply that they’d met their quota of journalists attending. But they didn’t maintain the lie to Western media, RT London correspondent Polly Boiko noted:

“Behind our backs other news channels got a very different message: ‘We have not accredited RT or Sputnik because of their active role in spreading disinformation.’”

“I think they’re trying to isolate RT and imply that it’s not a genuine broadcaster in the hope that British people and others around the world who watched RT International won’t continue to watch it.”

The irony –yet again– is that Russia isn’t doing the same, isn’t isolating Western media.

“It’s like the world has turned on its head. Moscow is literally paying people to translate Western media into Russian (see @RT_InoTV). But the UK is in a panic about Russian outlets, even running covert operations, such as “Integrity Initiative,” to “combat” a perceived threat.”

Even the Committee to Protect Journalists expressed concern at the UK’s exclusion of RT and Sputnik.

From the feedback on the UK Foreign Office tweet featuring CNN’s Christiane Amanpour about “reporting the truth”, it was refreshing to see that many saw this charade for what it was, calling it Orwellian, and noting that Britain is

I couldn’t help chiming in, noting Amanpour’s exploitation of a Syrian child in order to demonize Russia.

Theatre of the absurd. Truthful? Amanpour waved photo of Omran Daqneesh in face of Lavrov & essentially accused Russia of airstriking boy's home. Boy's dad told me no airstrike. It was fake news. https://t.co/x9iWhGTNaI
Did Amanpour bother apologizing for her propaganda? Nope. https://t.co/CBR1Yd4u55

Earlier this year, when the Lima Group was meeting in Canada to discuss the self-proclaimed non-president, Juan Guaido, Canada likewise denied accreditation to Telesur and Russian media.

Global Affairs Canada alleged at the time there would be

However, Bryan MacDonald told me:

“Any that wish can operate in Russia. There are no restrictions.”

Indeed, a perusal of the Twitter accounts of CBC and Radio Canada journalists shows they’ve continued reporting from Russia months since Canada’s allegation of reciprocal action.

Which outlets did Canada give access to during the Lima meeting? CNN, Univision, Voice of America, Al Jazeera, CBC, CTV, Global, and La Presse, among other regime-change networks.

teleSUR noted at the time of the Canadian block:

“The government did not provide any reasoning for the denial of Lima Group meeting access, but has recently been called out for limiting press freedom within the country based on the preferences of its government.”

TO READ THE FULL ARTICLE Go to Original – rt.com

Eva Bartlett is a Canadian independent journalist and activist. She has spent years on the ground covering conflict zones in the Middle East, especially in Syria and Palestine (where she lived for nearly four years).