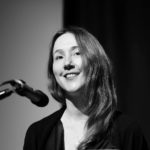 16 Feb 2021 – Israeli missiles targeted Syria again yesterday. Usually under the pretense of “targeting Iranian/Iranian-backed militias,” Israel’s strikes violate Syria’s sovereignty and international law. Israel’s military chief of staff boasted about hitting over 500 targets in just 2020 alone. If Israel’s routine bombings of Syria are reported in Western media at all, it is with the usual downplaying of (and normalizing of) Israel’s violations of international law. 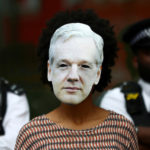 15 Jul 2019 – Irony is the word which comes to mind at the mention of the “Global Conference for Media Freedom” co-hosted by the UK and Canadian foreign ministers. Everything about this twilight zone gathering smacked of irony. 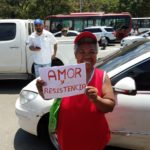 US Is Manufacturing a Crisis in Venezuela so that There Is Chaos and ‘Needed’ Intervention
Eva Bartlett – RT, 8 Apr 2019

29 Mar 2019 – Venezuela is America’s current target for mass destabilization in the hope of installing a puppet government. America has for years been waging an economic war against Venezuela, including debilitating sanctions which have dramatically affected the state’s ability to purchase medicines, and even mundane replacement parts needed in buses, ambulances, etc. Alongside the economic war there has been a steady propaganda war, but in recent months, the propaganda has escalated dramatically, from corporate media to US political figures. 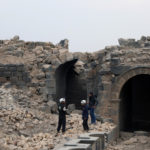 25 Dec 2018 – Utter silence. That is the sound of Western corporate media days after a more than one-hour-long panel on the White Helmets at the United Nations on December 20.

8 Oct 2018 – They ignore, too, the reality of life in areas which were once occupied by these terrorists: the torture, imprisonment, maiming, assassination, and starvation endured by the civilian population at the hands of these extremists and paid mercenaries supported by the USA. 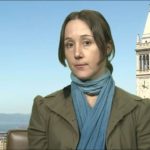 6 Jan 2018 – There was not a single occasion in which I ever heard the medics (in Sunni Gaza) shout takbeeror Allahu Akbar upon rescuing civilians, much less intentionally stood on dead bodies, posed in staged videos, or any of the other revolting acts that the White Helmets have been filmed doing in Syria. They were too damn busy rescuing or evacuating the areas before another Israeli strike, and usually maintained a focused silence as they worked, communicating only the necessities.

Mohammad Daqneesh, the father of the now-infamous Aleppo boy Omran Daqneesh, says his son was exploited by Syrian rebels and the media for political gain. 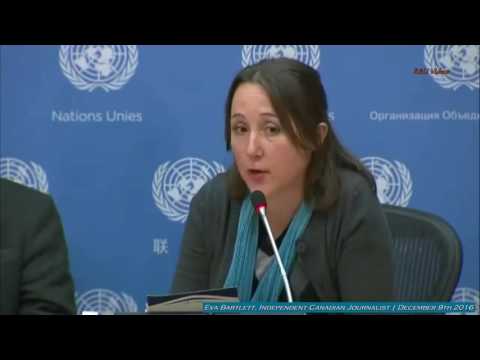 The interview was typical of the infrequent times corporate media has bothered to interview Dr. Shaaban: loaded lexicon, pre-priming the audience with false allegations about the Syrian government, repeatedly cutting-off the high-ranking guest, and a notably rude and condescending demeanor not afforded to guests who tow the NATO narrative on Syria.

While the Western-led, anti-Assad bloc mind-blowingly speaks of arming non-existent “moderates” to fight in Syria, they also continue to demonize and silence the very voices that offer a true means of bringing peace and stability back to the region.

“The Israeli army destroyed my house and my five dunums of land (a dunum is 1,000 square metres), as well as 20 other homes,” he says. With signs reading ‘Boycott Israeli Agricultural Products’ and ‘Support Palestinian Farmers’, Mandil and others protesting Israeli oppression of Palestinian farmers joined together Saturday [9 Feb 2013] to plant olive trees on Israeli-razed farmland and to implore international supporters to join the boycott of Israeli agricultural produce.

Flanked by flags of various nations whose citizens have sailed to the Gaza Strip to highlight the all-out siege on Gaza, the memorial’s inscription bears the names of the Turkish solidarity activists who died one year ago by Israeli commandoes firing onto the Freedom Flotilla, killing nine, injuring over 50, and abducting over 600 civilians in international waters, Gaza’s harbour bustles with people and energy. Undaunted by last year’s massacre, international activists have organised the Freedom Flotilla 2, due to sail in one month’s time with at least 10 boats and over 1,000 activists. Canadian and U.S. boats will join those of Europe, Turkey, and other nations.

“We grow on our roof because we are farmers but have no land now,” says Moatassan Hamad, 21, from Beit Hanoun in northern Gaza Strip.