Provoking Iran Over and Over: US “Throwing Kitchen Sink” at Islamic Republic

2 Jul 2019 – Provoking Iran has become a favorite US pastime, it seems. The CIA, along with the Mossad and MI6, just can’t seem to help themselves when it comes to bullying, meddling with and provoking the Persian nation. From Operation Ajax in 1953 to the Iranian Revolution of 1979, from shooting down an Iran Air commercial passenger plane in 1988 to pulling out of JCPOA in 2018 to (last week) violating Iranian air space in 2019, the US government is engaging in extreme provocation of the Islamic Republic in the hopes of getting it to take the bait. If you’re relatively new to this topic and can’t quite figure out what to believe, or to understand who is provoking whom, read on to find out the shocking history of US interference in Iran. 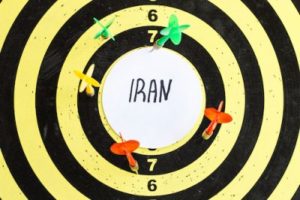 How would you feel if your country democratically elected a leader (a prime minister), then foreign powers orchestrated a coup to overthrow his government and install a puppet dictator – and a king at that? That is exactly what happened in 1953 when then US President Eisenhower signed off on the CIA’s Operation Ajax, on behalf of the UK, multinational Western oil corporations and other rich powerbrokers who wanted control of Iran’s hydrocarbons. Shah Mohammad Reza Pahlavi went on to rule with an iron fist after prime minister Mohammad Mosaddegh was ousted for wanting to nationalize Iran’s oil industry. With the help of the CIA/Mossad, Pahlavi created the SAVAK – a brutal secret police and intelligence service that reigned in Iran during his dynasty. According to the Federation of American Scientists (FAS), SAVAK probably employed more than 15,000 full-time agents. It had virtually unlimited powers to surveil, arrest, torture and execute anyone it wanted. 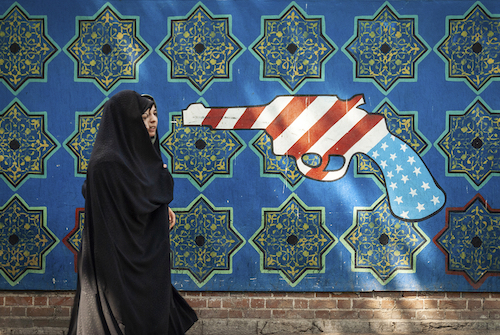 Overthrowing the Shah, Supporting Iraq against Iran and Shooting Down an Iranian Passenger Plane

The CIA was again involved in an overthrow in Iran in 1979. This time, the very same Shah Pahlavi was on the receiving end of the coup, having fallen out of US favor. The CIA backed Khomeini and the “Islamic Revolution” which changed Iran from a monarchical tyranny to a theocracy. US interference in Iran became highly politicized during the Iran hostage crisis, with the Republicans (Bush, Reagan, etc.) making behind-the-scene deals with Iran in what was ultimately a successful attempt to prevent Democrat Jimmy Carter from winning a 2nd presidential term. Later in the 1980s, the infamous Iran-Contra scandal became public, when we learned that the US was using funds from selling weapons to Iran to fund the Contras in Nicaragua. Also in the 1980s, Saddam Hussein’s Iraq attacked Iran, which began the Iraq-Iran War that lasted 8 years. The US was secretly helping Iraq during the start of the war. In 1988, the US audaciously shot down an Iranian commercial passenger plane – Air Iran Flight 655 – in Iranian air space, offering lame excuses. The US SM-2 surface-to-air missile killed 290 passengers, including 66 children. Imagine the US reaction if Iran had shot down a commercial American plane in US air space!

Trying to Get to War with Iran

Provoking Iran is one thing. War with Iran is another, and it has been a bad obsession for awhile, picking up speed in 2001. Recall General Wesley Clark’s famous admission that the Pentagon was planning to attack 7 nations in 5 years in the aftermath of the 9/11 false flag operation. The 7 nations (in the order they were to be invaded) were Iraq, Syria, Lebanon, Libya, Somalia, Sudan and finishing with … Iran. Recently, James Corbett put together a short video with examples of 4 times US officials or think tanks have openly discussed the idea of war with Iran. The first was Patrick Clawson, of the The Washington Institute for Near East Policy, a Zionist think tank, who suggested we need a false flag to get into war with Iran, just as other wars have started with false flag events. It’s all about crisis initiation. The second was the late arch-NWO insider Zbigniew Brzezinski, who suggested the US cold go to war with Iran as a “defensive measure.” The third is a former frontrunner for the 1988 Democratic presidential nomination, US politician Gary Hart, who wrote an article on HuffPost entitled Unsolicited Advice to the Government of Iran where he warned Iranian officials to “not tempt fate” and “not only not take provocative actions, [but also] not seem to be doing so.” The fourth is where journalist Seymour Hersh revealed ex-VP Dick Cheney’s plan to stage an incident in order to go to war with Iran.

The Brookings Think Tank Plan: Which Path to Persia?

Independent reporter Tony Cartalucci did a great job of drawing people’s attention to a 2009 analysis paper by the Brookings Institution (another Zionist think tank) entitled Which Path to Persia? The report considers the various ways that the US could “topple Tehran” (regime change) by means of a color revolution/supporting a popular uprising, allowing/encouraging Israel to strike first or outright invasion. 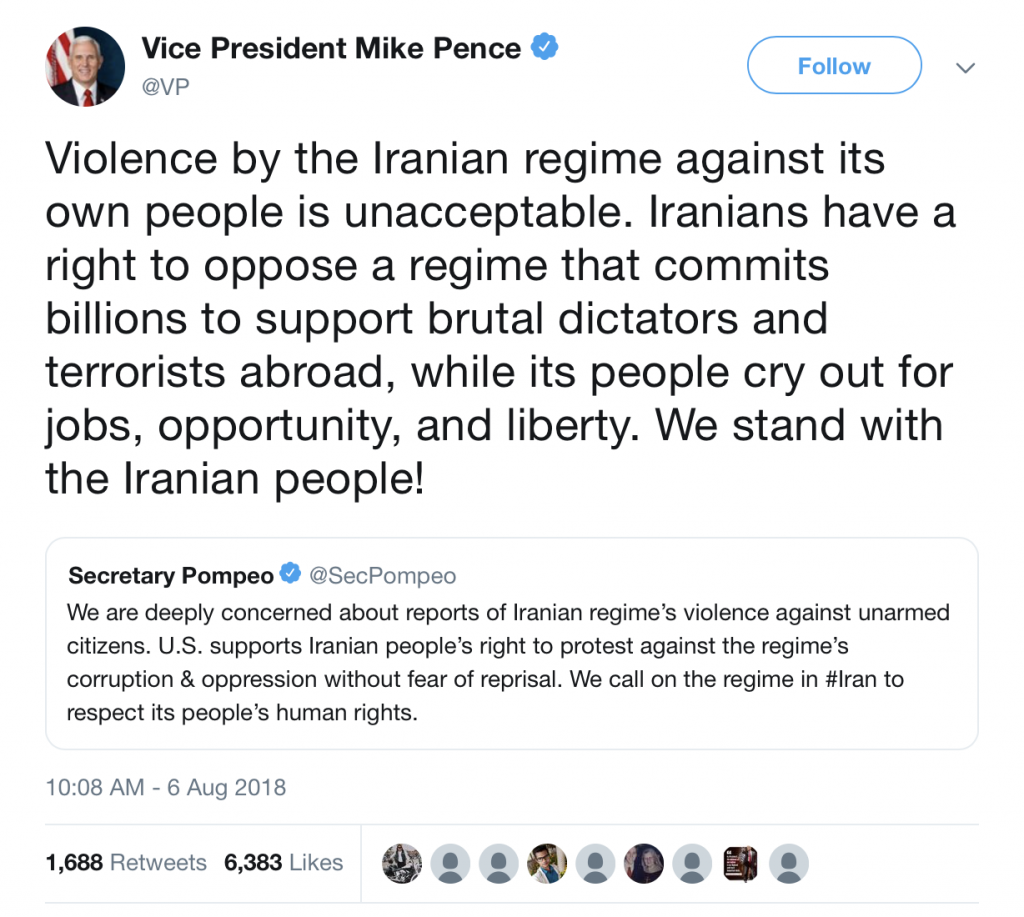 On the topic of color revolutions, it was interesting to hear Trump, Pompeo and the other official US gangsters express their heartfelt care and compassion for the Iranian people during the “popular uprising” in January 2018. It’s funny how top US leaders always feel such sympathy and concern for people in other countries when the US leaders want those countries’ elected leaders to be toppled. In May 2018, in a unilateral move, the US withdrew from the JCPOA (Joint Comprehensive Plan of Action), an agreement among Iran, the US, the UK, Russia, China, France, Germany (P5+1) and the EU which prevented Iran from developing nuclear weapons while allowing them a path to develop nuclear energy for peaceful purposes.

Read more: The US Wants to Bring Back the Shah of Iran

Trump gave the excuse that Iran was not keeping its part of the deal despite repeated assurances by the US intelligence community, Israel’s Shin Bet (internal security service) and the IAEA that Iran was in compliance, as covered in my article Iran is Fully Compliant in Nuclear Deal; Israel is Still a Rogue Nuclear State. The US began sanctioning Iran hard, again and again, trying to stop Iran from being able to trade and export on the international market. The US also threatened so-called allies (vassal nations) that they had better not try to bypass the sanctions and trade with Iran, but many nations ignored this and did anyway. The EU enacted a blocking statute in August 2018 to effectively nullify US sanctions. War hawks like the late John McCain and now John Bolton have openly admitted US support of the Mujahedin-e Khalq Organization (MKO or MEK), hoping it will conduct a coup against the current Iranian government. However, MKO is widely recognized as a terrorist group; they recently announced a plan to assassinate a senior Iranian military commander and a new judiciary chief. The latest is that the USG is now threatening to sanction any nation that imports Iranian oil!

Blaming Iran for Everything: 9/11, Nuclear Weapons and the ‘Biggest State Sponsor of Terror’

The Zionist neocons running the USG have been trying to pin everything on Iran. They keep accusing Iran of wanting to develop, or actually developing, nuclear weapons, when all the evidence suggests they are not. Iranian leaders have repeatedly stated nukes are against Iranian beliefs and Islamic religious tenets. US officials have repeatedly parroted the phrase Biggest State Sponsor of Terror while pointing the finger at Iran – despite the fact the US itself, as well as Israel and Saudi Arabia, win this award hands down. This is the real troika of tyranny which committed 9/11. In May 2018, even a US District court judge issued a default judgment against Iran in a lawsuit accusing the Islamic Republic of the deaths of 1000+ people on 9/11! The judge ordered Iran to pay over US$6 billion to 9/11 victims. Hmm … jurisdiction, anyone? A high percentage of the American public got confused and thought Iraq was behind 9/11, so why not try Iran too? There’s “bad guys” hiding “in caves” over there in the Middle East who “hate our freedoms”, right? 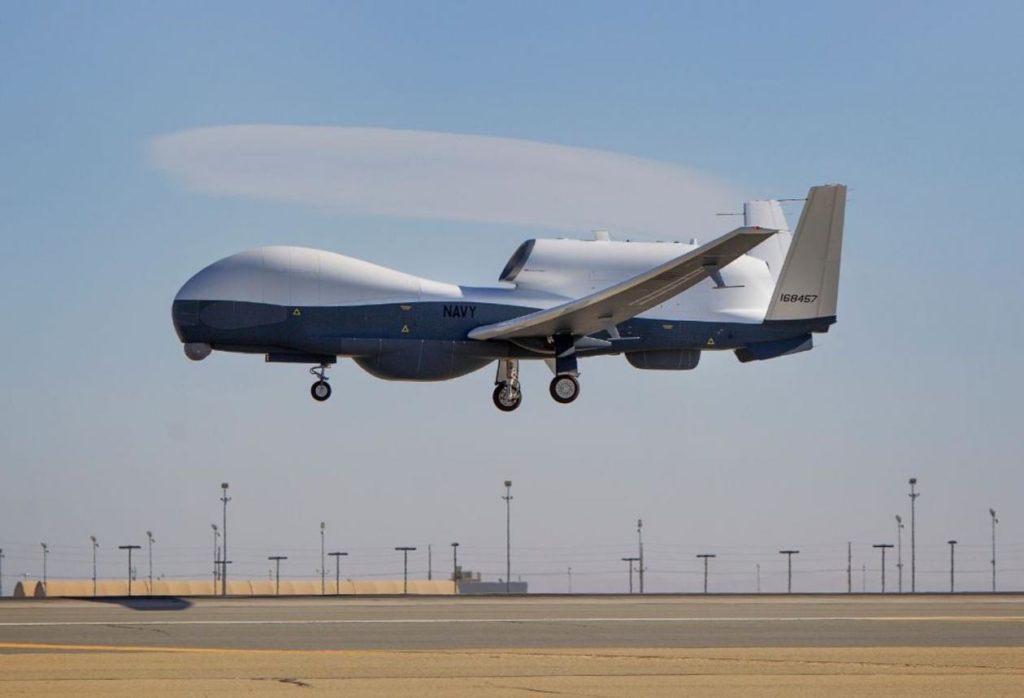 Iran downed a US RQ-4A Global Hawk drone, pictured above.
The Freedom Articles

More Provoking Iran: The Story of 2 Tankers and 1 US Drone

Blaming Iran never seems to stop. In May 2019, 2 tankers were partially blown up in the Gulf of Oman. The US was quick to blame Iran, despite absolutely no motive and the fact that even the United Arab Emirates (usually hostile to Iran) admitted there was “no clear, scientific and convincing evidence” that Iran did it. However, evidence should never get in the way of good propaganda. On June 20th, 2019, Iran shot down a US spy drone (RQ-4A Global Hawk), illegally operating in stealth mode and violating Iran’s air space, though the US claimed it was international waters. Nikolai Patrushev, Secretary of Russia’s Security Council, revealed Russia had military intelligence proving the downed drone was in Iranian air space when it was shot down by Iran. He also said that the “evidence” presented by the USA alleging Iran was behind attacks on ships in the Gulf of Oman was “poor quality and unprofessional.” Yes, of course – but that’s bound to happen when you mislead and deceive; it’s hard to make all the lie convincing.

There are 3 important things to takeaway from this article. Firstly, the phenomenon of the US provoking Iran has a demonstrably long history based on historical fact, rather than the flimsy, evidence-free claims it makes against the Islamic Republic by trying to blame it for everything, from 9/11 to developing nukes to sponsoring terror to attacking oil tankers with no motive. US provocation of Iran is a long-held, 66+ year Deep State strategy.

Secondly, the US provoking Iran is not just about Iran. If you haven’t noticed, this is how the US treats everyone outside its orbit who isn’t ‘toeing the line’ or ‘doing what they are told.’ Look at all the Russophobia and blatant lies of Russian interference that were whipped up in the last decade against Russia and Putin. Look at the propaganda against Venezuela and Maduro. Look at the scheme to oust Assad and divide and destroy Syria. Look at the demonization of North Korea, Cuba and Nicaragua, and at how warmonger Bolton proclaimed Venezuela, Cuba and Nicaragua to be the “troika of tyranny.” Look at the game plan! Look at the NWO agenda! It’s all about using the US to bully, subjugate, oppress, interfere with and provoke any nation that won’t ‘join the Empire’ and submit to being a vassal in the coming New World Order One World Government. Keep that in mind whenever you read world news, geopolitics or international affairs. That is the endgame.

Thirdly and lastly, provoking Iran is the dangerous path to WW3. The US can knock off weak nations like Libya and Iraq. They can even attack smallish nations like Syria and afford to have things not go to plan. However, Iran is a formidable opponent with a considerable military, highly advanced weaponry and friends in high places. If the Zionist-led USG is foolish enough to start a war with Iran, Russia and China will come to its defense, and soon the world will be embroiled in a bigger world war than we have ever seen before. The rest is just details, just means towards that nightmarish goal. The question remains the same: are enough people aware of it so that it can be stopped?

Makia Freeman is the editor of alternative media / independent news site The Freedom Articles and senior researcher at ToolsForFreedom.com, writing on many aspects of truth and freedom, from exposing aspects of the worldwide conspiracy to suggesting solutions for how humanity can create a new system of peace and abundance. Makia is on Steemit and FB.

One Response to “Provoking Iran Over and Over: US “Throwing Kitchen Sink” at Islamic Republic”