US Congress Calls for Facebook to Halt Cryptocurrency Project, Libra 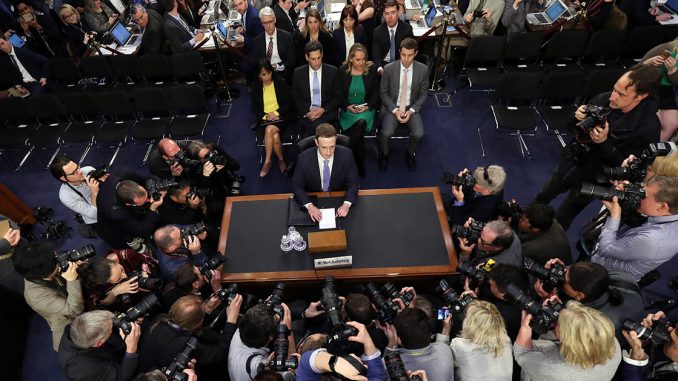 19 Jun 2019 – The US Government has spoken on the release of the Whitepaper on Facebook’s cryptocurrency, and it does not sound like good news. Reportedly, a U.S. Senate-House lawmaker has asked for ceasing all developments on Libra until a company executive testifies before the Congress.

Maxine Waters, who chairs the House Financial Services Committee has passed the order, told the media,

“Facebook has data on billions of people and has repeatedly shown a disregard for the protection and careful use of this data,” she said in a statement. “With the announcement that it plans to create a cryptocurrency, Facebook is continuing its unchecked expansion and extending its reach into the lives of its users.”

Representative Patrick McHenry, the senior Republican on her panel also raised similar concerns just after the launch. The US Government senators did not seem delighted by the announcement at all. Senator Sherrod Brown, the top Democrat on the Senate Banking Committee, in a statement.

“Facebook is already too big and too powerful, and it has used that power to exploit users’ data without protecting their privacy. We cannot allow Facebook to run a risky new cryptocurrency out of a Swiss bank account without oversight,”

The feelings of discontent are reciprocating around the world as lawmakers from France also raised concerns regarding security, terrorist funding, and privacy. The French Finance Minister Bruno Le Maire, who has been supportive of blockchain endeavors in France, called for a regulation on Libra.

Nevertheless, Mark Carney, the Governor of Bank of England, kept an ‘open mind’ to it. Facebook’s CEO and Co-Founder, Mark Zuckerberg was called upon before the Congress in April 2018 to address the allegations on privacy and data security. The implementation of Blockchain can help the Social Media giant to lay the privacy concerns to rest. However, the solution itself raise a whole new world of doubts.

Global Financial leaders and lawmakers are also expected to meet Executives from leading World’s leading cryptocurrency exchanges, to address to changes proposed by FATF later this month. The regulatory uncertainty around cryptocurrencies could finally see an end to it soon.

Do you think that the regulations proposed will be favorable for cryptocurrencies or not? Please share your views with us.

Nivesh Rustgi from Engineering Background is a full-time Crypto Journalist at Coingape. He is an atheist who believes in love and cultural diversity. He believes that Cryptocurrency is a necessity to deter corruption. He holds small amounts of cryptocurrencies. Faith and fear are two sides of the same coin. Follow him on Twitter at @nivishoes and reach out to him at nivesh[at]coingape.com