18 Aug 2019 – The decision to ban, Ilhan Omar and Rashida Tlaib, two sitting members of the U.S. House of Representatives, disgraces the leaders of both the United States and Israel, confirms the illegitimacy of both political parties by their tepid responses, and confirms once more the unhealthy relationship that has evolved between Trump and Netanyahu, these two most reactionary of political figures, and badly reflects on the political atmosphere in the countries they represent.  For an American president to encourage a foreign government to deny entry to elected members of Congress is not only unprecedented, harmful to the quality of democratic life in America, and represents a wrongful and extremely distasteful use of his position to engage in nasty partisan reelection politics aimed at the 2020 elections. This outrageous display of further impeachable behavior by Trump is further accentuated by the defamatory, as well as maliciously and demonstrably false assertions in this notorious tweet that Ilhan Omar and Rashid Tlaib hate Israel and all Jews, and nothing can alter their views. 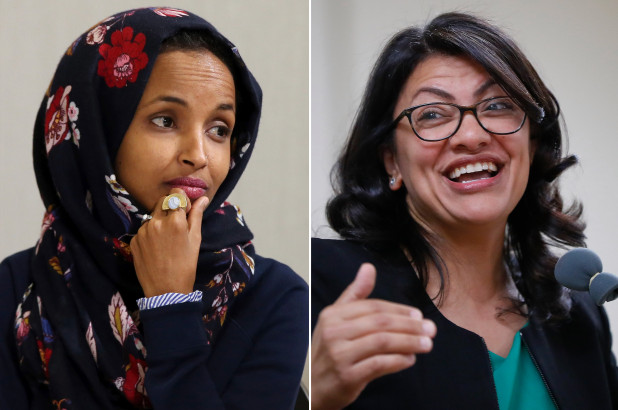 For Netanyahu, the leader of Israel, to reverse an earlier decision to allow these U.S. officials to enter the country in response to Trump’s tweet has just the reverse effect of what is claimed. By seeming to forego Israel sovereign rights in response to an inappropriate interference in Israeli public policy by the American Head of State, Netanyahu reveals to the world Israel’s weakness, not its strength, and in the process casts a dark shadow over Israel own claims of political legitimacy. As well, to give way in this unseemly manner to Trump may also prove to be a tactical blunder in the Israeli context even if it contributes one more sordid chapter to their quid pro quo relationship. Such a craven move by Netanyahu might turn off just enough Israeli voters to tip the balance against the Likud Party in the forthcoming September 17thelections. Not only was Trump’s tweet an effective assault on Israeli sovereign rights, but it also undermines the long absurd propaganda claims of Israel to be a democratic state that values and protects freedom of expression.

After further political turmoil, Israel appeared to relent, but by affixing humiliating conditions, and then only with respect to Rashida Tlaib. The Israeli Minister of Interior, Aryeh Deri, agreeing to a ‘humanitarian’ visit provided the Congresswoman agreed not to promote boycotts of Israel while in the country, her visit restricted to the sole purpose of visiting her 90-year-old grandmother in a small Palestinian village not far from Ramallah. After initially accepting these constraints over the intense objections of her supporters and even her family back in Palestine, Rep. Tlaib reversed her own acceptance of the Israeli conditions, issuing a statement denouncing the constraints she earlier accepted, and refusing to restrict her time in her own Palestinian homeland to a personal visit. Of course, an Israeli rebuke followed from Deri, claiming that her rejection of Israel’s humanitarian gesture exhibits the Israeli-bashing intent that motivated the fact-finding visit. Deri hammered one more nail in Tlaib’s already exposed flesh: “Apparently her hate for Israel overcomes her love for grandmother.” More understandably, Tlaib also was rebuked by many Palestinians for initially accepting Israel’s conditions intense objections to her face from supporters, alleging that she fell into Israel’s trap, “and accepted to demean herself and grovel.”

Seeking to thread this needle separating an ill-timed family ties from her high-profile political image, Tlaib chose these words, “Silencing me and treating me like a criminal is not what she [her grandmother] wants for me—it would kill a piece of me.” Although Tlaib used poor judgment by first agreeing to Israel’s acceptance, her statement explaining her reversal a short time later, had a redemptive effect. Perhaps, more disturbing, was Tlaib’s failure to sustain a posture of public solidarity with Ilhan Omar, whose relevance was ignored in Tlaib’s three-step dance movement.

The distractions caused by this secondary development involving Tlaib should not be allowed to divert attention from the primary outrage resulting from the Trump tweet and Israeli gag order imposed on nonviolent advocates of the BDS Campaign, which in this instance meant banning entry to elected U.S. government officials, supposedly a super-ally.

In my view, Israel’s decision to ban these two members of Congress can at best be considered ‘an unfriendly act’ by Israel toward its unconditional ally. This alone should persuade a self-respecting U.S. Congress to react with much more than a few empty words of disapproval. At the very least, a message of censure should be formally endorsed by the House of Representatives, and delivered to the Israeli government, which strongly discourages further visits to Israel by members of Congress until Israel announces a policy of allowing entry any American official to visit Israel without restrictions. Perhaps, a more suitable alternative would be to urge banning members of the Knesset until Israel welcomes as visitors any and all members of the UN Congress without conditions. A further appropriate step would be to condition any approval of future military or economic assistance to Israel on lifting the ban on future visits by government officials, but also ideally by all American citizens regardless of political views; After all, American taxpayers have long paid their share of the annual aid package of at least $3.8 billion, the greatest per capita amount given to any country in the world.

I believe that by singling these two members of Congress, who happen to be the first two Muslim women ever elected to the House of Representatives, in the manner of Trump’s tweet is a clear instance of racism and hate speech, especially considered in light of his past hostile statements directed at prominent women of color who dare enter political life and oppose his presidency, including his past slanders of these two brave individuals. The language of Trump’s tweet also sought successfully to interfere with their effort to engage in a legitimate legislative undertaking in a discriminatory manner, and included this inflammatory and false allegation: “They hate Israel & all Jewish people, & there is nothing that can be said or done to change their minds.” The tweet ends with this shocking expression of hostility that demeans Trump and the Office of the Presidency rather than its intended targets, Ilhan Omar and Rashida Tlaib. Trump’s final tweeted words– “They are a disgrace!” It is best understood as “You are disgraced.”

The media at least gave major attention to this unfolding political drama, although more in the spirit of narrating a human interest story than offering a damning commentary on the anti-democratic moves of these two ‘illiberal democrats.’ Tom Friedman, never foregoing a chance to deliver fence-setting know-it-all lectures to whomever would listen, managed staked out some liberal territory by condemning the tactical damage to their own countries and especially to the ‘special relationship’ between them as a result of making the Republicans the true friends of Israel, and the Democrats not so clear, hence fraying the edges of bipartisanship when it comes to support for Israel. Friedman also took the opportunity to make it clear that in his view Tlaib and Omar were not better due to their ill-considered support for BDS, which he argued dooms to two-state liberalism, and implies that by their criticism of Israel, the excluded officials are widening Jewish/Islamic cleavages rather than building bridges. [See Friedman, “If You Think Trump is Helping Israel, You’re a Fool,” Aug. 16, 2019]