13 Aug 2019 – The end of the first six months of the Bolsonaro government in Brazil has been marked by a sharp escalation of the far-right president’s fascistic rants. These have been directed against the government agencies responsible for the identification of and reparations to victims of the 1964-1985 dictatorship, the victims themselves as well as the victims of the murderous Brazilian police forces.

This has been combined with direct threats against his critics, charging them with “aiding criminals” and undermining “national security.” Prominent among them is the Rio de Janeiro-based journalist, Glenn Greenwald. 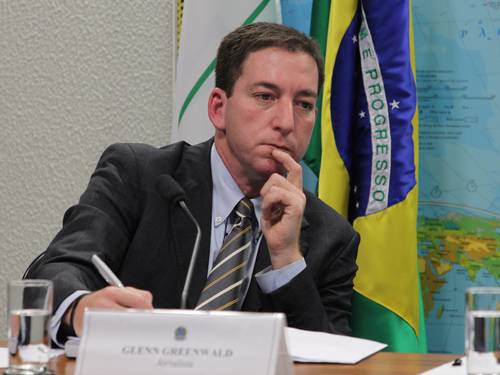 The rapid escalation of the ruling elite’s authoritarian drive found its clearest expression in the Justice Ministry’s issuing on July 25 of the so-called Ordinance 666, directing the deportation within 48 hours of suspects of terrorism, human-, drug-, or arms-trafficking, and child pornography. Under the ordinance, those accused of these crimes will be given only 24 hours to appeal their deportation. The anti-democratic measure was enacted with virtually no reaction from the political establishment, except for a formal protest from one department of the Attorney General’s Office and the usual lip service by a few Congress members.

The ordinance was widely viewed as a direct threat to Greenwald. He has become a central target of Bolsonaro since coordinating the exposure, beginning in early June, by the Intercept and other media outlets of the corruption at the heart of the so-called “Carwash” (Lava-Jato) corruption probe, which uncovered a massive bribes-and-kickbacks scheme centered at the state-run oil giant Petrobras.

The scheme, overseen by then-ruling Workers Party (PT), was exploited by the ruling class to effect a violent right-wing shift in the Brazilian political system amid the widespread abandonment of the PT by working class voters opposed to its austerity measures. This led ultimately to the impeachment of PT president Dilma Rousseff in 2016 and the jailing of former PT president Lula da Silva in 2018, who as a result, was barred from running in the 2018 election.

Bolsonaro tapped the leading judge in the investigation, Sérgio Moro, as his justice minister, who is responsible for the fascistic deportation ordinance. He was exposed in messages obtained by the Intercept of having improperly instructed the prosecution in the case against Lula and, most significantly, directing the Attorney General’s Office to drop charges against most of the other politicians involved in the scandal.

The revelations have further engulfed the widely hated Bolsonaro in the same political crisis which led to his election as an anti-corruption demagogue in the first place. The government’s response has been to organize a “national security” scare, prompting calls for Greenwald’s deportation by members of Bolsonaro’s Social Liberal Party (PSL) and for Moro to direct the Federal Police (PF) to investigate supposed hacks from his cell phone purported to be the origin of the leak. There have been further utterly unsubstantiated allegations that Greenwald acted in collaboration with “Russian intelligence.”

This witch-hunt has also provided Bolsonaro with the political environment to launch a full-throated defense of the crimes of the 1964-1985 US-backed military dictatorship. He has attacked the victims of the torture regime as liars and “terrorists,” branded legal experts as “collaborators” and charged the already cowardly and toothless agencies formed to investigate the dictatorship’s crimes with posing an intolerable threat to the national interest. 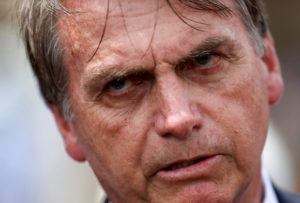 The government has felt emboldened by collaboration at the end of June of many of its nominal opponents in Congress, and even the Supreme Court, in approving his austerity agenda, including the hated “pensions reform,” which cleared the Brazilian House last week and will now be voted in the Senate. Facing massive popular opposition, but certain that no faction of the political establishment will act to destabilize the government and risk the derailing of his austerity package, Bolsonaro has accelerated the buildup of both police state measures and of his far-right base centered—as in Trump’s United States and the AfD’s Germany—in the security forces.

Such a buildup has been accelerated since the July 23 arrest under extremely murky circumstances of four supposed hackers accused of providing the material to the Intercept. Greenwald has denied that the arrested suspects were his source, saying he received the documents before the date the alleged hacks identified by the Federal Police (PF) took place, on June 4.

The PF has further claimed that on June 12, the arrested suspects sought to use Manuela D’Ávila, a Communist Party of Brazil (PCdoB) member and the running mate of the PT’s 2018 presidential candidate Fernando Haddad, as an intermediary for making contact with and relaying the material implicating Moro and others to Greenwald.

The arrests were the pretext for another unsubstantiated allegation that Bolsonaro’s phone had also been hacked, which would be labeled a threat to national security and used to justify sweeping charges against the hackers—and ultimately Greenwald—under the dictatorship-era “National Security Law.”

Two days later, the ominous deportation ordinance was enacted, only for Bolsonaro to declare that Greenwald had been “smart” in marrying Congressman David Miranda, which would prevent his deportation under the Migration Law, which gives foreigners married to Brazilians wider rights. Greenwald, a US citizen, is married to Miranda of the Socialism and Liberty party (PSOL), with whom he is raising two adopted Brazilian children.