Do Not Turn Away from the Horrors That the Rohingya Face

Bob Rae - The Globe and Mail

Canadians were shocked two years ago to learn of the rape, violence, and genocide in Myanmar. And while we’ve done a great deal, the work has just begun – and we cannot lose that fire. 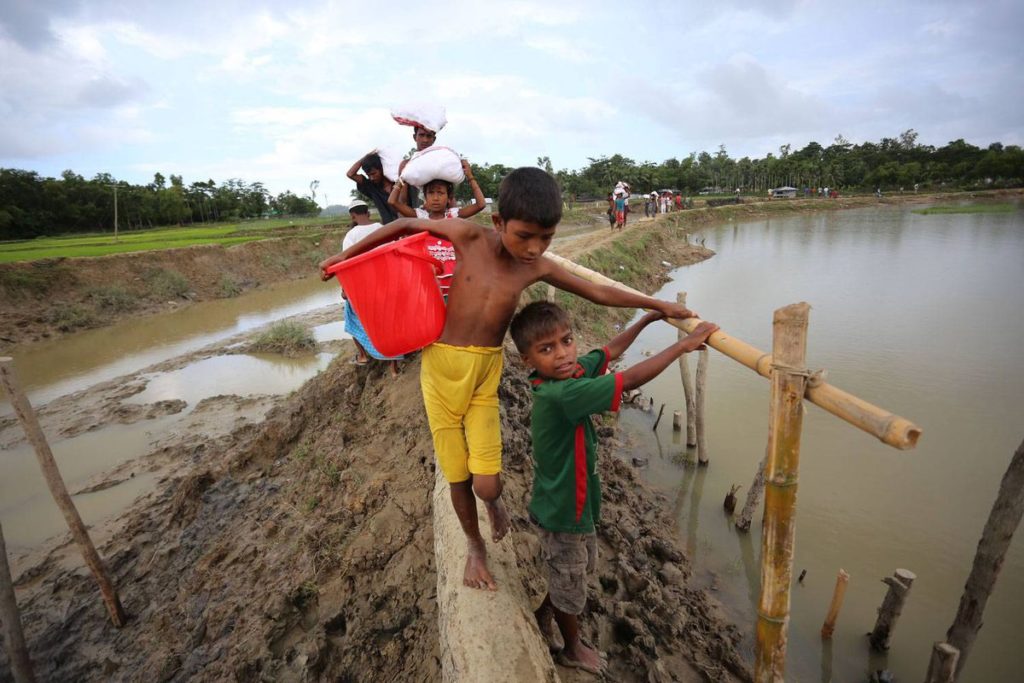 2 Aug 2019 – Two years ago this August, the world was shocked by brutal, tragic images coming out of Myanmar. Under the guise of a military effort in the northern Rakhine province, the evidence piled up to expose a deep humanitarian crisis: systematic violence, rape, burning of villages and the killing of some 10,000 Rohingya people who make up the largest percentage of Muslims in Myanmar. More than 700,000 people were forced to abandon their homes and villages, joining an earlier exodus of refugees to Bangladesh – and those refugees are still there, in a crowded muddy camp in a town on Bangladesh’s southeast coast known as Cox’s Bazar.

Today, the news cameras and Canadians’ eyes have largely turned away. But the refugees themselves do not have this luxury – and the crisis continues to this day.

Canada has done a great deal. I know firsthand, having been sent as a special envoy to Myanmar in October, 2017, and having presented my report to Canadians in April, 2018. We are among the first countries to have called this targeted violence against the Rohingya a genocide, which has sparked some progress in dealing with who should be accountable for it at the United Nations, the Human Rights Council and the International Criminal Court. We have fostered ties with the small Rohingya community inside our own country. Our country’s established views on gender, sexual violence and the needs of women are widely appreciated and shared both in the international community and among the Rohingya themselves. Canada has played a leadership role.

But despite all that has been done, living conditions in Cox’s Bazar remain exceptionally difficult. Refugees are dealing with the continuing threats of harsh weather as the monsoon season hits hard. There is no reason to believe the conditions in Myanmar have improved; indeed, there is evidence that they have deteriorated. Outbreaks of violence in Myanmar’s northern Rakhine region between the nationalist Arakan Army and the Myanmar army known as the Tatmadaw have resulted in hundreds of deaths, injuries and a lockdown in Rakhine. The Rohingya continue to be denied any access to political dialogue about the future of Rakhine and Myanmar, if even such dialogue is occurring. 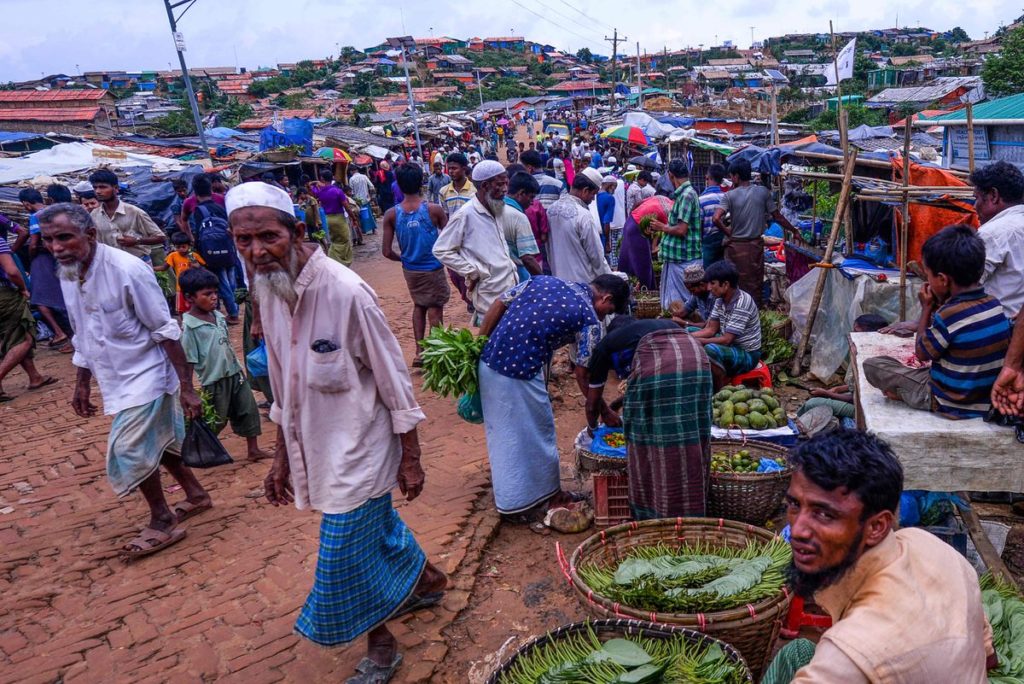 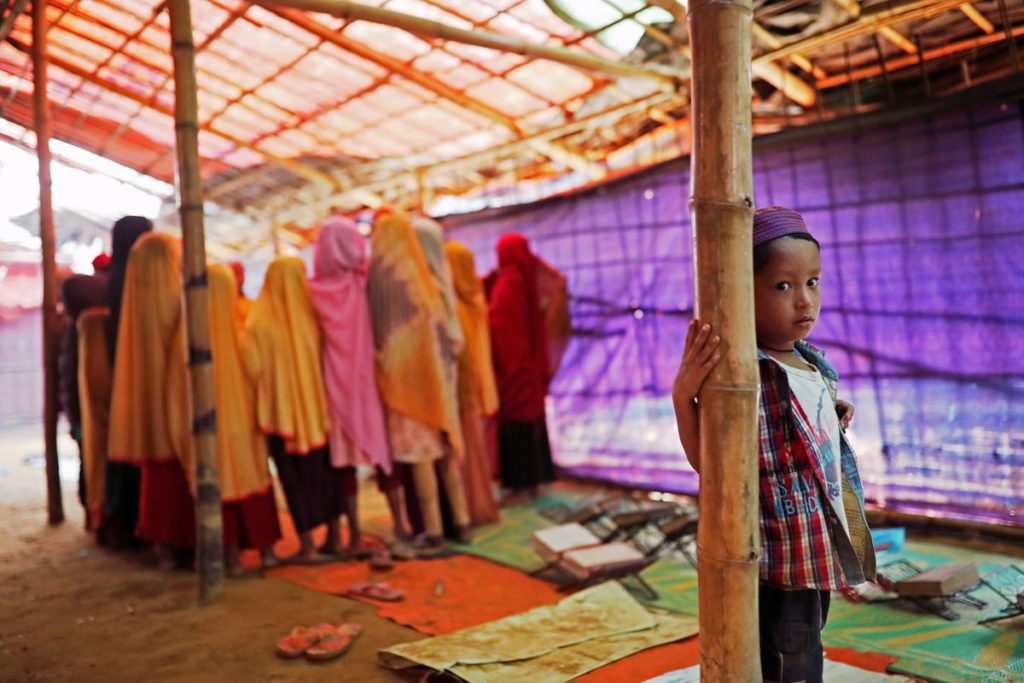 A Rohingya boy looks on inside an Arabic school at the Balukhali camp in Cox’s Bazar. Mohammad Ponir Hossain/Reuters 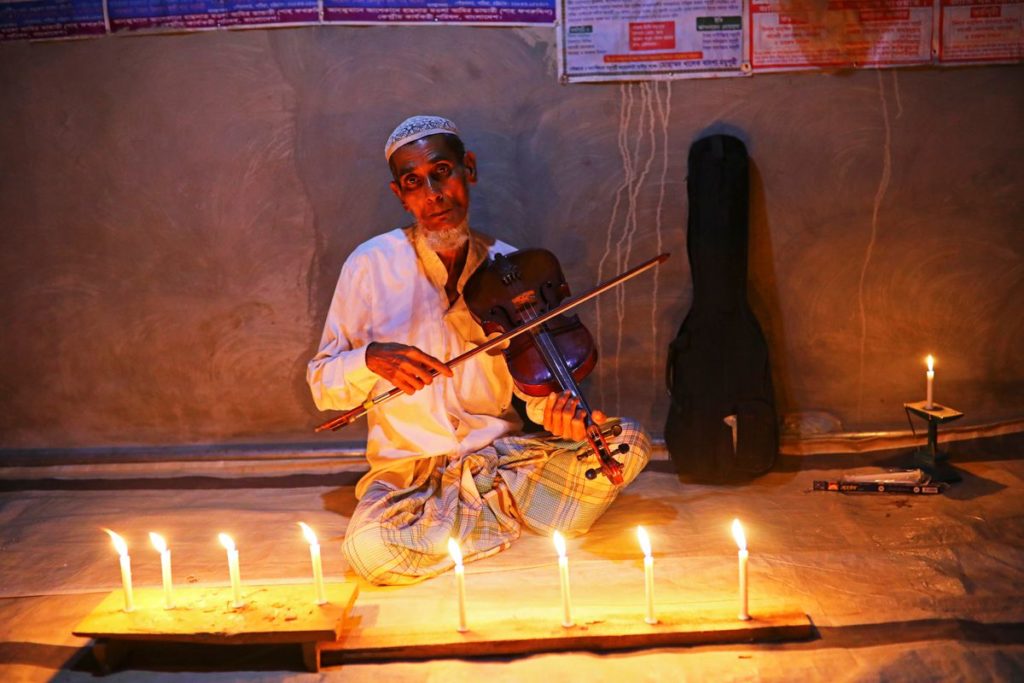 Amir Ali, a Rohingya violinist who was a member of a wedding band in the northern Rakhine State of Myanmar, poses for a picture after attending a weekly prayer event at the Kutupalong refugee camp. Mohammad Ponir Hossain/Reuters

So what can be done?

One way forward is to assist in the Rohingya community’s years-long work to amplify its voice and grow its political power inside Myanmar, in Cox’s Bazar, in other refugee camps in the region and in the diaspora around the world, including in Canada – a project made easier by social media. Those voices still struggle to be heard within their home country, as repression and a lack of participation by Rohingya representatives in Myanmar’s civic and political processes strangle those efforts. The Myanmar government’s refusal to end the stateless status of the Rohingya, and deal with the underlying political and social issues prevent further progress being made.

Canada must continue to foster ties with the small Rohingya community inside our own country, and to engage effectively with the growing community worldwide. Canada has avoided the tendency to see the Rohingya as victims, whose fate will continue to be decided by others. This has made us an effective interlocutor. Now is the time to build on this credibility and trust.

A place of mutual interest is in solving the lack of access to education, something that Canada has been advocating for and is keenly felt and prioritized by the Rohingya themselves. Along with taking aim at a lack of opportunities to work and make a living, Ottawa must continue to make primary and secondary education in Rakhine and Bangladesh for children and adults seeking literacy and training a significant priority. Many other countries agree with this, as do UN and NGOs directly involved.

As for Canada’s humanitarian response, we have on the whole been effective in saving lives and improving health outcomes. But our efforts have to do more than just allow people to cling to life. Reports are clear that the monsoons are worse this summer than last, and that there have been deaths in the camp as a result. 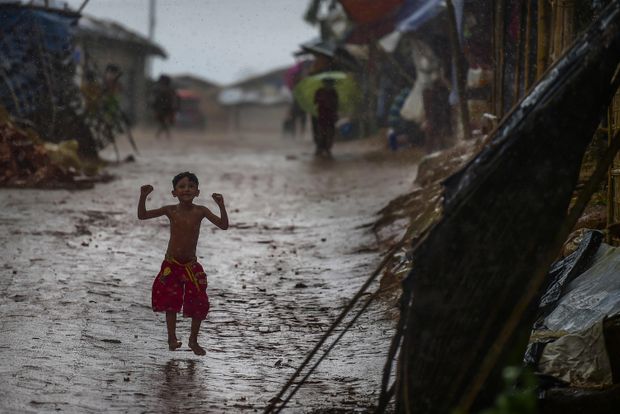 Two other major issues remain. The first is the issue of accountability. Together with many other countries, Canada has successfully pushed for the establishment of an independent prosecutor to oversee the collection of evidence of the atrocities. This is painstaking, difficult work, but it is necessary and important.

And then there’s the question of how Canada can wield the Convention on the Prevention and Punishment of the Crime of Genocide, which provides for recourse to the International Court of Justice, and of which both Myanmar and Canada are signatories.

Any decision to invoke the Genocide Convention has both legal and political elements. It should come after a considered debate and focused discussion both within and outside of the Canadian government. The government needs to create a process that will allow a decision to be made. Meanwhile, it can encourage like-minded governments to join them in their efforts: The Dutch parliament has recently passed a resolution that put forward “serious suspicions of genocide,” and the member states of the Organization of Islamic Communities, led by Gambia, are heading in the same direction.

The second is how to build broader support in non-Rohingya communities in Cox’s Bazar and in Rakhine, and more broadly in Bangladesh and Myanmar for the kind of economic and social development that would break down tensions. The development banks can play an even more important role in making this happen, and it will require more engagement with a range of communities and political actors. There will be no real breakthroughs unless there is a deeper political consensus in both countries, and the international community needs to play a constructive role in making that happen.

The Rohingya crisis is one of many around the world, but this is not a reason to place it on the sidelines. The Rohingya remain the largest stateless population in the world, and addressing their plight in a more sustained way is a matter of moral obligation as well as clear self-interest on the part of all countries. This is not the time to step back or turn away. The work has begun – and we have much more yet to do. 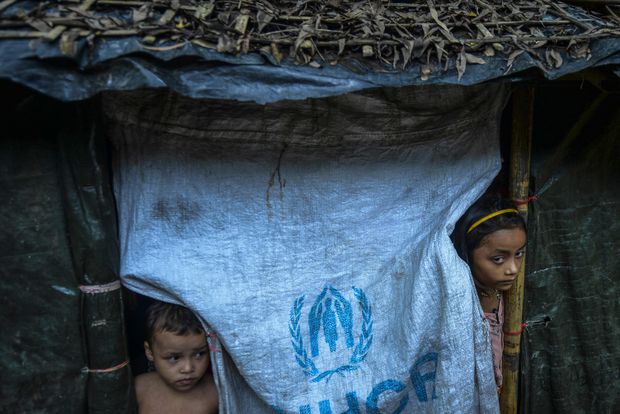 Bob Rae is special envoy to Myanmar, senior counsel at OKT LLP, and teaches public policy and law at the University of Toronto. He was previously the premier of Ontario and a federal Member of Parliament.