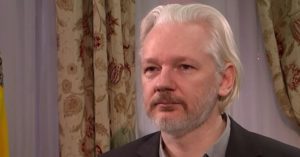 31 Jul 2019 – A US judge has ruled that WikiLeaks was fully entitled to publish the Democratic National Congress (DNC) emails, which means no law was broken. The ruling is highly significant as it could impact upon the US extradition proceedings against WikiLeaks founder Julian Assange, as well as the ongoing imprisonment of whistleblower Chelsea Manning.

On 30 July, federal judge John G. Koeltl ruled on a case brought against WikiLeaks and other parties in regard to the alleged hacking of DNC emails and concluded that:

If WikiLeaks could be held liable for publishing documents concerning the DNC’s political financial and voter-engagement strategies simply because the DNC labels them ‘secret’ and trade secrets, then so could any newspaper or other media outlet.

In other words, if WikiLeaks is subject to prosecution, then every media outlet in the world would be. The judge argued that:

[T]he First Amendment prevents such liability in the same way it would preclude liability for press outlets that publish materials of public interest despite defects in the way the materials were obtained so long as the disseminator did not participate in any wrongdoing in obtaining the materials in the first place.

Significantly, the judge added that it’s not criminal to solicit or “welcome” stolen documents, and how:

A person is entitled to publish stolen documents that the publisher requested from a source so long as the publisher did not participate in the theft.

Jen Robinson, a member of Assange’s legal team, described the judge’s ruling as an “important win for free speech”:

An important win for free speech: we have won our motion to dismiss for @wikileaks in the @DNC lawsuit against #Assange, WikiLeaks et al over the 2016 US election publications on First Amendment grounds. Full judgment: https://t.co/SZmyLd1Z83 Key passages: pic.twitter.com/Kq6dJkuSIc

And US WikiLeaks lawyer Joshua Dratel said he was:

very gratified with the result, which reaffirms First Amendment principles that apply to journalists across the board, whether they work for large institutions or small independent operations.

Prior to the ruling, the American Civil Liberties Union (ACLU) was party to a briefing to the court.

The ACLU summarised some of the legal precedents listed in the briefing. For example, the First Amendment of the US Constitution is a:

legal principle, articulated most clearly in the 2001 Supreme Court decision Bartnicki v. Vopper, [and] is a bedrock protection for the press. It is particularly important for national security reporters, who often rely on information that was illegally acquired by a source in publishing stories of considerable public concern. Indeed, this principle animated the court’s famous Pentagon Papers decision, protecting the right to publish stories based on a secret government account of official misconduct during the origins of the Vietnam War.

revelations of the CIA’s Bush-era torture program were based in part on leaks by whistleblowers throughout government. So, too, were stories exposing sweeping NSA surveillance programs — stories for which several newspapers won Pulitzer Prizes in 2005 and in 2014.

Likewise, much of the reporting on Watergate relied on anonymous sources divulging government secrets. Mark Felt, the deputy director of the FBI and the most famous Watergate source (nicknamed “Deep Throat”), took extensive steps to conceal his communications with the press because his leaks were under active investigation.

an anonymous source sent more than 2.6 terabytes of encrypted information to a German newspaper and a U.S. investigative journalism non-profit. Known as the “Panama Papers,” these internal files of a now-defunct Panamanian law firm detailed a transnational tax evasion scheme developed for wealthy clients around the world. The disclosure of the files sparked public debate and multiple proposals for legal reform.

A ruling against WikiLeaks that narrowed this [First Amendment] protection could jeopardize the well-established legal framework that made these stories possible — and that is crucial to ensuring that the public has the information it needs to hold powerful actors to account.

The judge’s ruling could therefore have huge implications for US extradition proceedings against Assange.

Greg Barns, a barrister and longtime adviser to the Assange campaign, told The Canary:

The Court, in dismissing the case, found that the First Amendment protected WikiLeaks’ right to publish illegally secured private or classified documents of public interest, applying the same First Amendment standard as was used in justifying the The New York Times publication of the Pentagon Papers. That right exists, so long as a publisher does not join in any illegal acts that the source may have committed to obtain that information. But that doesn’t include common journalistic practices, such as requesting or soliciting documents or actively collaborating with a source. So this case is important in restating what is and is not protected under the First Amendment. But does it have implications for the extradition hearing? Well it certainly helps to remind the courts in the UK that the First Amendment protection is very broad.

Assange is understood to be ill, while Manning is incarcerated for refusing to provide further information about her role as a WikiLeaks source. With consideration of this latest ruling, both should be immediately released from their respective prisons.