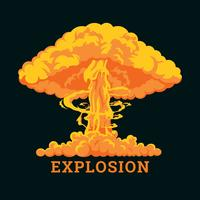 6 Aug 2019 – Kapu Aloha is a solemn Hawaiian pledge and commitment to live aloha (love and nonviolence) even under the most adverse circumstances. It shows respect for the dignity of all people, and can overcome fear, hate and racism, and help heal our broken world. All those at Pu’uhonua o Pu’uhuluhulu are committed to Kapu Aloha to protect Sacred Mauna a Wakea.

This week marks the 74th anniversary of the atomic bombings of Hiroshima and Nagasaki by the United States – the largest single acts of weapon violence in the history of humankind. Let us remember and mourn the 150,000 lives lost on Aug. 6, 1945 in Hiroshima and the 75,000 lost 3 days later on Aug. 9 in Nagasaki. Let us also mourn the more than 30 people killed and dozens wounded recently in El Paso and Dayton. In Dayton 41 shots were fired in less than 30 seconds.

The U.S. spends 32 million dollars per minute on war – every minute of every hour of every day of the year. The U.S., which represents only 5% of the world’s population, has 45% of the world’s guns. There are 390 million guns in the U.S., more guns than people. This includes 15-20 million military assault weapons, the kind used in the recent mass killings in El Paso and Dayton. In just the past 216 days, there have been 251 mass shootings in the U.S. By comparison, there was 1 mass shooting in Canada during this same time period.

Gun violence in the U.S. is epidemic. Common sense actions are desperately needed. Universal background checks and an assault weapons ban would be a start. The U.S. needs to also end its addiction to war. Drastically cut the military budget: fund human needs and saving the planet from climate disaster instead. Science in Hawaii needs to Malama this place. Protect the Sacred. No TMT. Let us all commit to Kapu Aloha in life’s journey!  Mahalo.

“The taproot of all violence is our intent to use nuclear weapons.  Until we renounce that option, all other issues will pale in comparison.”
— Richard  McSorley, US Jesuit priest

When Will We Ever Learn?