Listen to People of Jammu & Kashmir: End ‘Reign of Occupation and Terror’

7 Aug 2019 – National Alliance of People’s Movements (NAPM) unequivocally condemns the indefensible and totalitarian move of the BJP-led NDA Govt. to repeal Article 370 of the Constitution by way of a Presidential Order and introduce a Bill for bifurcation of the state of Jammu and Kashmir into two union territories, not only without but seemingly in violation of the consent of the people and key political actors of the state.

It is also an extremely unfortunate day in our parliamentary politics that some key opposition parties (in Rajya Sabha) as well failed to raise the voice of people of Jammu & Kashmir and succumbed to the majoritarian politics, exposing the political bankruptcy of a section of the ‘Opposition’. However, we place on record our appreciation for those parties who stood by constitutional norms and the people of Jammu & Kashmir and opposed the Ordinance and the Bill.

Over the past one week, the entire nation as well as international community has been witnessing with bated breath the ‘actions’ of the Union Government, which kept the Kashmiris and citizens-at-large on tenterhooks and in utter darkness. This included a series of draconian measures like heavy upscaling in deployment of military forces, random frisking of people, arrests of former Chief Ministers and key leaders in J&K, disruption of mobile communication and internet, suspension of civil activity, evacuation of tourists and Amarnath pilgrims in an attempt to terrorise citizens and bulldoze the aspirations of the people of Jammu & Kashmir. It is in such a climate of fear and uncertainty that 370 has been abrogated.

It also needs to be noted that all the scare-mongering at the highest level of the Prime Minister turned out a complete hoax since the motives of this Govt. became crystal clear after the announcement in the Parliament yesterday. It is now evident that the imposition of President’s rule last year and further delay in holding Assembly elections, were all done with a purpose to abrogate Article 370.

This period would undoubtedly go down as one of the darkest days in the history of any democracy and the hurried, authoritarian and unilateral manner in which the Presidential Order and Bill were brought in would, unfortunately, remain as a blot on our seriousness to address the long-standing Kashmir question.

These steps not only violate the basis of conditional accession of Kashmir with the Indian Union in 1947 (which granted a special status to J & K) that was built into the constitution, but grossly betray the trust of the Kashmiri people and all sections of the Kashmiri political class in the Indian State and is bound to have a long term adverse impact on the democratic future of the country.

The manner of introducing the presidential order and Reorganization Bill is tantamount to a clear fraud on the Constitution. While provisions of Article 370 can be amended or dropped by the President only upon the recommendation of the Constituent Assembly of the State of J&K (which ceased to exist in 1947), the present Ordinance was passed mischievously by  interpreting the word ‘Constituent Assembly of the State of J & K as “Legislative Assembly” and since from Dec 2018, President’s rule has been imposed,  the Parliament has ‘legally’ assumed authority to pass the present reorganization law for J&K.

It is an ostensible abuse of constitutional authority that the President has used his power under Art 370 (1) meant to amend the provisions of the Constitution of J & K to amend Sec 367 of the Indian Constitution, which has then been used to replace the words Constituent Assembly of the State of J & K as “Legislative Assembly”. Thus, the very legality of the Presidential Order insofar as it amends Article 370 is questionable, and therefore the Reorganization Bill based on the same is also legally untenable.  This flies in the face of numerous judgements of the Supreme Court that no attempt should be made to amend a law or the Constitution indirectly, if the same cannot be done directly.

In the light of the above, it is amply clear that Jammu and Kashmir Re-organization Bill 2019 is grossly unconstitutional. In fact even two years back, in 2017, the Supreme Court held that Article 370 is “not a temporary provision” 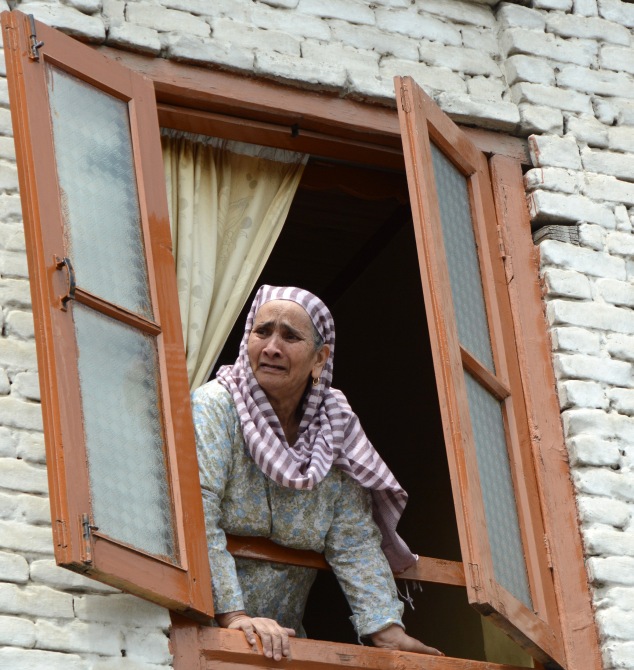 Further, it is a matter or great political and constitutional concern that such a major change has been made during the period of imposition of the President’s rule (which should only be a temporary, emergency measure) and by merely consulting with the Governor and not the elected Legislature of J&K. This is a blatant assault on the federal character of the Indian Constitution as well as the federal spirit of the Instrument of Accession of 1947.

The manner in which the State of Jammu & Kashmir has been ‘constitutionally’ done away with portends a potential  threat to all provinces, parts and territories within the Indian Union, especially fifth and sixth schedule areas and jeopardizes the very federal structure of the Indian constitution.

While it is true that “abrogation” of Article 370 has been a key communal agenda of the RSS-BJP since long, which is now being executed in a fascist ‘parliamentary’ manner, the pursuit of such agendas at the present time also absolves this Govt. of any accountability on its (lack of) performance on the economic front, particularly at a moment of severe recession.

We also would like to emphasize that Art 35 A has been made infructuous not because the BJP has any ‘concern’ for dalits and women (its track record on this front being pathetic in the rest of India), but because of its twin sinister design to a) change the religious and ethnic demograhy of J&K and b) to facilitate large-scale ‘developmental terror’ in the Himalayan state by throwing open its lands and resources to be ‘purchased’ and ‘owned’ by private players and corporates.  Within a day, we have seen announcements that the PM is likely to inaugurate an ‘Investors Summit’ in October and there is no doubt now that more repression lay in store for the people of J&K and Ladakh region for questioning or resisting BJP’s ‘Vibrant Development Model’.

The past two months have seen Parliament push through a series of regressive, unconstitutional or flawed bills on important matters like RTI, Triple Talaq, UAPA, Trangender Rights, Surrogacy etc with barely any discussion or referral to parliamentary committees.

What is also evident is that with many of these Bills, especially Triple Talaq, Citizenship Amendment Bill and Article 370, BJP is making a clear attempt to legally institutionalize its communal agenda and destroy our constitutional secular ethos. The harm that this Govt is thus causing to the democratic fabric is this country is moumental and unforgivable. Parliament which is supposed to be the custodian of democratic values seems to be fast becoming a space where democratic values are eroded ruthlessly.

We the people’s movements from various states of India are protesting and shall protest across the country,  this atrocious move to abrogate Article 370. The democratic forces in India have always demanded a peaceful political solution to the Kashmir question based on the right of self-determination of the people in Kashmir. The present imbroglio only complicates the whole situation instead of peacefully and maturely addressing it, leading to peace with our neighbours as well.

In these troubled times, we appeal to all sections of the society, political parties, mass, student organizations and concerned individuals to stand with Kashmiris, especially with young people and students from Jammu & Kashmir who are in workplaces, neighborhoods and educational institutions everywhere in India and ensure their safety and well-being.

We recognise that the people of Jammu & Kashmir are the most important stakeholders in this entire legal-political discourse and any action undertaken without involving them would be undemocratic. People of J&K have faced untold violence for decades and the Govt. has a mandate and responsibility to ensure that there are no more human rights violations. Our heart goes out to our sisters and brothers in Kashmir whose lives are being made miserable for the ulterior political motives of this Govt. We stand in solidarity with the resistance of the peoples of Jammu & Kashmir for a peaceful democracy. We request the people of Kashmir, especially youth and students to maintain calm and fight for their rights in a peaceful way and by democratic means.

We, the movements of this country demand the following immediately:

We condemn attacks online and on ground on people who are resisting this ‘abrogation’ and demand action. We call upon the peace loving common citizens of this country as well as people’s organizations to see through the nefarious designs of this government and defeat the attempt to destabilize our social and democratic fabric.

We also urge upon the people’s movements, trade unions and conscientious citizens of this country and leaders of the opposition parties to undertake a national mission to Kashmir to break this veil of security and complete blackout of the Kashmir valley and curfew in many other parts of the State.

National Alliance of People’s Movements is an alliance of progressive people’s organizations and movements in India. It is an umbrella organisation for a larger alliance integrating various civil society organisations and individuals working towards similar goals. Wikipedia