Facing Absurdity and Injustice, the Left Must React 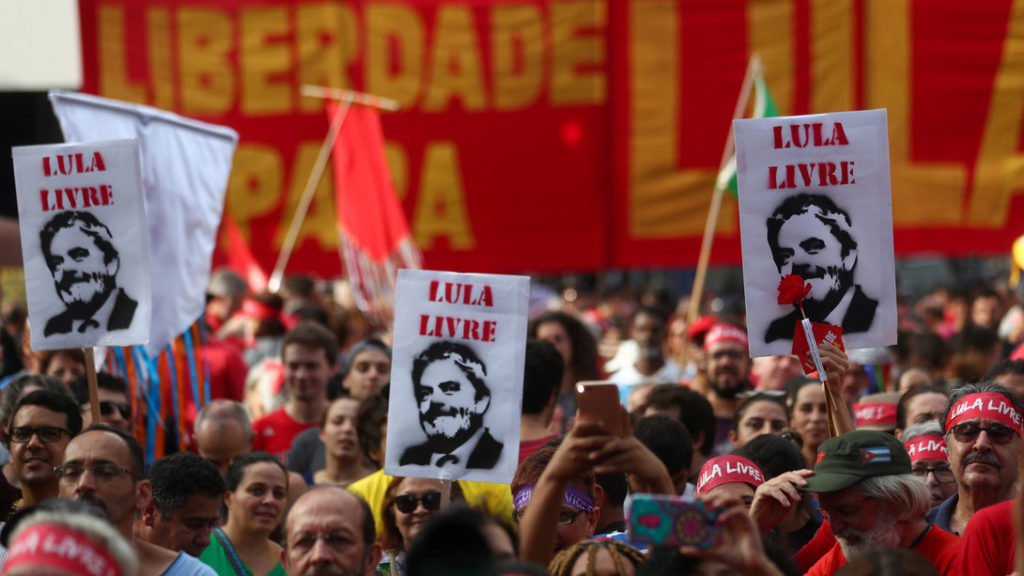 29 Jul 2019 — The words that come to mind the most are astonishment and perplexity.

The Brazilian government has slipped into the abyss of absurdity, into an absolute trivialization of abuse and aggression, into a gross violation of the most basic rules of democratic coexistence – not to mention the law and the Constitution –, while spewing hatred and negativity as its sole political weapon.

Not a day goes by that we are not bombarded with bits of news and comments that seem to come out of some ideological sewer overflowing with years or centuries of rancid decay, exuding the most pestilential stench as if it were the very perfume of novelty and candor.

All this is cause for astonishment among those who refuse to see any normalcy in the normalization of the absurd. The perplexity arises from another, no less surprising finding: the seeming apathy on the part of civil society, of the democratic parties, the social movements, in a word, of all those who feel harrowed by such enormities.

One has the impression that such persistent, unchecked insolence is acting like a paralyzing gas. It’s as if our house was being broken into and we hid in a corner for fear that the thief, if he saw us, might feel provoked to take not just our property but our lives as well.

Given that a country is more than a grouping of astonished and perplexed citizens and given that in politics there is no such thing as fate, it is imperative that we turn astonishment and perplexity into active indignation and into organized, coherent response, in the name of a realistically feasible alternative. In order to do that, two major questions have to be answered.

How was this possible? With what political forces and by what means can a democratic response be mounted, to put an end to such insanity and resume the democratizing path of the recent past without repeating the same mistakes? 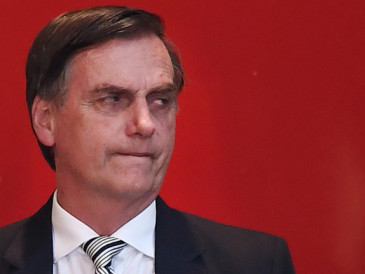 How Did It Happen?

Any consideration of this issue must take domestic and geostrategic factors into account. The reasons leading to the 1964-1985 dictatorship did not go away with the return to democracy.

In addition to its not permitting to take the dictators to trial for the state terrorism for which they had been responsible, the agreement made with them called for the continuity (and even the deepening) of the neoliberal capitalist model, failed to solve the problem of land concentration, actually making it worse, and allowed the patrimonialist elites to benefit from democracy just as they had benefited from the dictatorship.

The 1988 Constitution is imbued with a profound democratizing spirit that has never been taken seriously by the Brazilian elites.

There was also a continuity as far as the geostrategic alignments were concerned. US intervention in the 1964 coup is a wellknown fact, and the imperial tutelage did not abate with the democratic transition. Only the discourse and the tactics have changed.

The furthering of international organizations from so-called civil society, the training of “young leaders” and the “promoting” of a conservative judicial system and evangelical churches, were the tools of choice for bringing to a halt the politicization of the social inequalities caused by neoliberalism.

John Paul II’s long papacy (1978-2005) played a decisive role in this regard, in that it did away with the emancipatory potential of the theology of liberation and allowed the ensuing vacuum in the poor peripheral areas to be filled by the now dominant theology of prosperity.

The neoliberal prescription meted out throughout the subcontinent in the 1990s was particularly harsh and ended up sparking resistance movements, which in turn made it possible for leftwing parties to reach power – always in coalition with right-wing parties, in the case of Brazil – during the 2000s. T

hese developments coincided (certainly not by coincidence) with the empire’s momentary inattention, bogged down as it was in the Iraq quagmire since 2003. 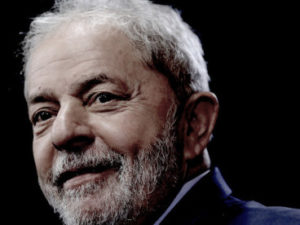 The lessons to be drawn from that period are the following. Inebriated with the power of government, the left confused it with the social and economic power it never really possessed. The World Social Forum, with which I myself was involved from the very outset, created the illusion of a solid grassroots political mobilization.

Those who early on warned that the preponderance of NGOs in the WSF was depoliticizing the movements were very right. The left-wing parties abandoned the peripheries and nestled into the comfort of the palaces of government. In the meantime, all throughout the backcountry the conservative forces continued pushing their ideology, ready to be used by the far right.

Bolsonaro is no creator; he is rather a creature. The paralysis of progressive, organized political society dates from way back, and the only reason it had not become visible until now is that only now are its worst effects making themselves felt. The judicial and the criminal investigation system were given optimal operational and remunerative means, but they were wrongly believed to be politically neutral federal bodies.

Although there are major differences between the 1964 military-media operation and the 2014 judicial-media operation, they have two things in common. 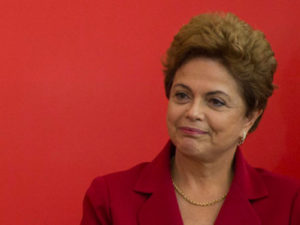 Structural problems cannot be solved by improvising short-term solutions. Brazil’s history is a history of social exclusion caused by a toxic combination of capitalism, colonialism and patriarchy, or, to be more precise, hetero-patriarchy. The hard-won achievements of inclusion have required much social struggle. Besides, they seldom get to be consolidated and have suffered violent setbacks, as is the case nowadays.

The victory of the far right amounted to more than a mere electoral defeat of the lefts. It was the culmination of a putschist process with an institutional façade, a process in which, as far as the election itself was concerned, the lefts showed remarkable resilience, given the democracy-onthe-brink-of-the-abyss circumstances in which they were forced to fight.

What happened, in fact, was a massive destruction of democratic institutions and a return to rampant capitalism and to colonialism by way of ever-old, ever-renewed imperial recolonization and conservative evangelicalism. The feeling of having to start all over again is frustrating, but it cannot be paralyzing. One must act immediately to save whatever is left of Brazilian democracy.

The worst part of what is happening is not just that the monopoly of legitimate violence on the part of the State is being used antidemocratically (and therefore illegitimately), as shown by Operação Lava Jato (the “Car Wash” Operation). What is truly serious is the fact that, with the rise of armed non-State actors, the State is rapidly losing that monopoly, both in urban and rural areas.

The medium and short term do not necessarily have to conflict, if one has a strategic grasp of the moment and of the forces with which one can count. There is an urgent need to revolutionize democracy and democratize the revolution, lest capitalism and colonialism turn what is left of democracy into a cruel farce.

In order to make that happen, the various forces on the left must put aside all sectarianism and unite in their defense of democracy. In addition, they must avoid at all costs any articulations with the right, even if it means passing an opportunity to rise to power. In the present circumstances, rising to power in order to rule with the right would be political suicide.

In the short term I envisage three realistic courses of action. The social movements have to reinvent the WSF, this time without taking a back seat to the NGOs and keeping their focus on the most deep-seated types of exclusion afflicting the country. With their rich internal plurality, the indigenous, black, women’s, and LGBTI movements are the most credible candidates to take the initiative toward that end. 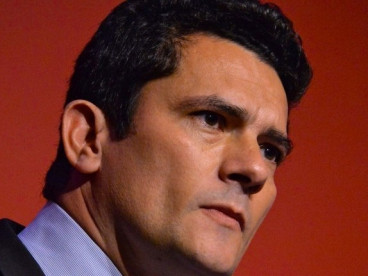 Then there is the judicial system, which has been tremendously eroded by the gross manipulation to which it was subjected as it was put at the service of imperialism by Moro & Co. But this is an internally diverse system, with significant numbers of magistrates who understand that their institutional and democratic mission consists in respecting due process and speaking exclusively in the context of the proceedings.

The gross violation of this mission, exposed by Vaza-Jato (“Car-Leak”), is forcing the professional organizations to demarcate themselves from the sorcerer’s apprentices. A recent public statement by the Association of Judges for Democracy, calling former President Lula da Silva a political prisoner, is a promising sign that the judicial system is about to set out on the path to regaining its lost credibility.

The third initiative must occur within the party system. The 2020 municipal elections offer the opportunity to stop the far right in its tracks and come up with specific examples of how the forces of the left can unite and stand up for democracy. 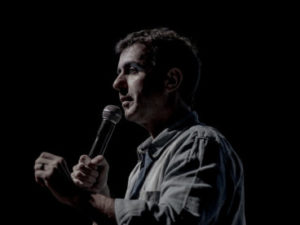 The two politicians emerged stronger from the crisis, the former by reason of the outstanding way in which he stood up to Bolsonaro and the circumstances in which the face-off occurred, the latter for being one of the best cabinet ministers in the history of Brazilian democracy and for the integrity he showed during all the crises the PT went through while he was in office.

Brazilian democrats must make these two politicians feel that their hour has struck again, this time to start all over, and at the local level. 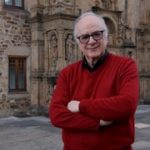 Boaventura de Sousa Santos is Professor of Sociology, University of Coimbra (Portugal), and Distinguished Legal Scholar at the University of Wisconsin-Madison, USA. He earned an LL.M and J.S.D. from Yale University and holds the Degree of Doctor of Laws, Honoris Causa, by McGill University. He is director of the Center for Social Studies at the University of Coimbra and has written and published widely on the issues of globalization, sociology of law and the state, epistemology, social movements and the World Social Forum. His most recent project ALICE: Leading Europe to a New Way of Sharing the World Experiences is funded by an Advanced Grant of the European Research Council. bsantos@ces.uc.pt