14 Sep 2019 – In a hearing at Westminster Magistrates’ Court yesterday morning, British District Judge Vanessa Baraitser ruled that WikiLeaks’ founder Julian Assange will remain in prison, despite the fact that his custodial sentence for “absconding” bail expires on September 22. 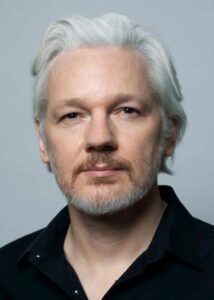 The ruling is the latest in a series of attacks on Assange’s legal and democratic rights by the British judiciary. It means that the publisher and journalist will be detained until court proceedings next February for his extradition to the US, where he faces 175 years imprisonment for exposing American war crimes.

Given that the extradition proceedings will likely involve a protracted legal battle, Baraitser’s decision potentially confines Assange to the maximum-security Belmarsh Prison for years to come.

The court case was widely presented in the corporate media as a bail hearing for Assange. A statement posted by the official WikiLeaks Twitter account this morning rejected these claims, explaining: “This morning’s hearing was not a bail hearing, it was a technical hearing. Despite this, the magistrate preemptively refused bail before the defence requested it.”

WikiLeaks stated: “Magistrate says Assange to remain in prison indefinitely. He has been in increasing forms of deprivation of liberty since his arrest 9 years ago, one week after he started publishing Cablegate.” “Cablegate” refers to WikiLeaks’ 2010 publication of hundreds of thousands of US diplomatic cables, exposing the sordid intrigues of the American government and its allies around the world.

In remarks directed at Assange, Baraitser reportedly stated: “You have been produced today because your sentence of imprisonment is about to come to an end. When that happens your remand status changes from a serving prisoner to a person facing extradition.”

She continued: “Therefore I have given your lawyer an opportunity to make an application for bail on your behalf and she has declined to do so. Perhaps not surprisingly in light of your history of absconding in these proceedings.” This claim, however, is contradicted by the WikiLeaks statement, accusing the judge of preempting any application for bail by Assange’s lawyers.

Baraitser declared: “In my view I have substantial ground for believing if I release you, you will abscond again.”

A further administrative hearing is scheduled for October 11, followed by a case management hearing on October 21.

Baraitser’s ruling was based on the fraudulent claim that Assange illegitimately “absconded” on bail in 2012. In reality, Assange exercised his right, protected under international law, to seek political asylum in Ecuador’s London embassy. He did so after British courts ruled that he would be extradited to Sweden to “answer questions” over manufactured and politically motivated sexual misconduct allegations.

The British and Swedish authorities refused to explain why extradition was necessary for a “preliminary investigation” to proceed, or why Swedish prosecutors would not agree to Assange’s repeated offer to answer any questions from London. Assange was finally questioned by prosecutors in December 2016, after which they dropped their fraudulent “investigation” in April 2017.

The issue for Assange was that Swedish authorities refused to guarantee that they would not extradite him to the US if he was in their custody.

The fact that seeking asylum was necessary to protect Assange from a politically-motivated US show trial was fully confirmed in April this year, when the Trump administration’s Justice Department unveiled 17 charges of espionage against him. If convicted of the espionage charges, and one lesser offence, Assange would face the life sentence of up to 175 years’ imprisonment.

Assange was convicted of absconding on bail, as a result of his application for political asylum, just hours after he was illegally expelled from Ecuador’s London embassy and arrested by the British police on April 11.

The British judge presiding over the hearing ignored the fact that Assange had forfeited the bail monies his supporters had paid; that he had spent close to seven years effectively detained by the British authorities in the small embassy building; and that his right to seek political asylum had been repeatedly upheld by United Nations’ bodies.

Assange was sentenced to 50 weeks. Under British legislation, the maximum sentence for a bail violation is 52 weeks. Those convicted of such an offence, however, are eligible for release after half of that time served.

Baraitser’s refusal to release Assange demonstrates the vindictive disregard of the British establishment for the warnings about his physical and mental health.

Recent visitors to Assange, including John Pilger and the WikiLeaks founder’s brother Gabriel Barber-Shipton, have stated that he has lost a significant amount of weight. Barber-Shipton publicly warned, after visiting Assange last month, that he fears he “might never see” his brother again.

UN Special Rapporteur on Torture Nils Melzer, who found earlier this year that Assange was the victim of a protracted campaign of “psychological torture,” has repeatedly condemned the British authorities for jailing him in a maximum-security prison.

In a letter to the British government in May, Melzer stated that the conditions of Assange’s detention had resulted in his “continued exposure to progressively severe psychological suffering and the ongoing exacerbation of his pre-existing trauma.”

For the past five months, Assange has frequently been held in conditions of virtual solitary confinement. His right to receive visitors has been heavily restricted and he has been denied access to a computer, the prison library and legal documents relating to his defence against US extradition.

Yesterday’s ruling demonstrates the determination of the British legal and political establishment to trample upon Assange’s democratic rights and facilitate his extradition. A US prosecution of Assange for WikiLeaks’ lawful publishing activities would represent a sweeping attack on fundamental democratic rights, including freedom of speech and freedom of the press.

The callous judgement underscores the urgent necessity of transforming the mass sympathy for Assange among workers, students and young people around the world, into a conscious political movement fighting for his immediate freedom.

In Australia, maximum pressure must be placed on the federal Liberal-National government to force it to uphold Assange’s rights as an Australian citizen and journalist. The demand must be raised internationally that the Australian government intervene with all its diplomatic weight and legal discretion to secure Assange’s immediate release from Belmarsh Prison and his right to return to Australia, if he chooses to do so, with a guarantee against extradition to the US.